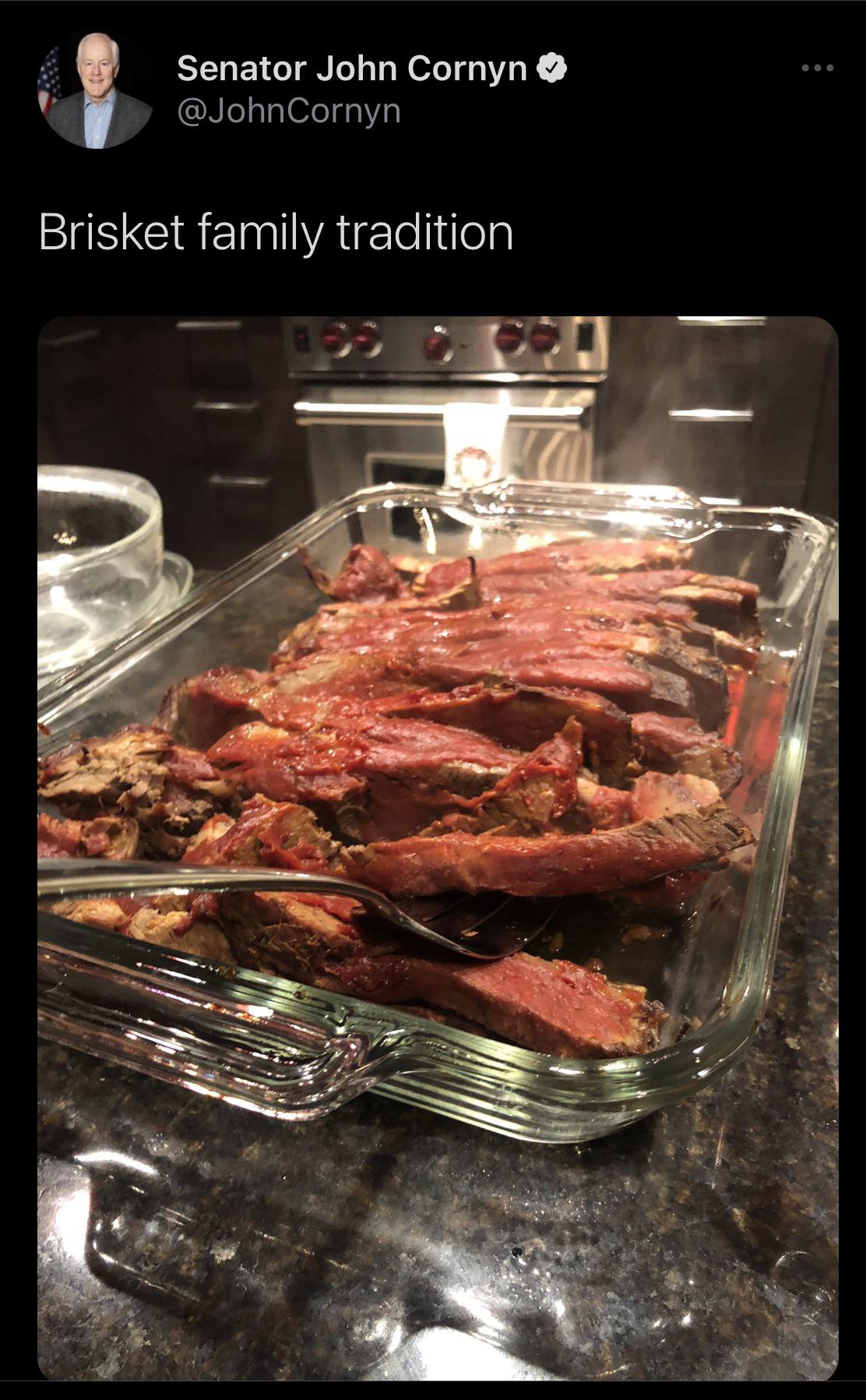 I was going to open this with some variation of the old adage about a broken clock, but, nah, it’s a new year and new beginnings and whatnot.

Reelected Senator John Cornyn’s piece of legislation from last year, the Save Our Stages Act, is already helping many live music and entertainment venues across the country. It’s especially noteworthy in Texas where live music is a giant part of our history, lifestyle and economy and many historic venues and the artists/bands who play them were hit especially hard from the pandemic.

It’s definitely worthy of a big kudos to Cornyn, who co-wrote the bill with fellow senator Amy Klobuchar (D-Minn.) The bill gathered an armada of co-sponsors before its passage and is a good example of bipartisan collaboration in this ridiculously divided time.

But there is another recent development with Cornyn that must be addressed and is certainly not representative of this great state. You see, folks, the senator posted a photograph to social media on Christmas Eve that might just rank among the most un-Texan of things that many people will ever see.
It was heinous and it was disgusting. The photo featured a Pyrex casserole dish full of what looked like either raw pork ribs covered in ketchup, or maybe meatloaf under a blanket of something red.

The accompanying text proclaimed it to be a “brisket family tradition.” The next day, he tweeted that the brisket was the best that he’d ever had and cited his wife for the recipe, which, get this: has a cook time of three hours in the OVEN.

Now before you jump to conclusions and start in with assumptions like “that mean old Chris Edwards is just a barbecue snob,” one thing Cornyn did not do is use the sacred and holy name of Barbecue in vain.

I know, also, that there are more ways to cook a brisket than bathing it for hours and hours in post oak smoke in an offset smoker, but here’s the rub: John Cornyn is a representative of Texas, which is not just the greatest state in the union but has the greatest barbecue in the world and smoking long and slow with woodsmoke is the only way to cook brisket around here.

The art of barbecue was perfected in the Lone Star State. Credit it to the influx of German, Czechs and Hispanics, all of whom contributed to the greatest culinary artform the world has ever seen and will ever know. Texans do barbecue the right way (like everything else we set out to do) and Texas barbecue will set anyone’s life on the correct path. The crème de la crème of this artform is smoked brisket.

No less an authority than the great Guy Clark, who was a true representative of this great state, made mention of barbecue first in his classic song “Texas Cookin’,” which celebrates all of the great delicacies one can find between the Red and Rio Grande.

Nevertheless, Cornyn was just elected to a fourth term to represent Texas in Congress’s upper chamber, and his Lone Star bona-fides are such: he was born in Houston and grew up in San Antonio. The emphasis, with regard to brisket knowledge, should be placed on that latter aspect. As part of the central Texas region, San Antone is home to some of the world’s greatest brisket, and unless he grew up under a rock, there’s no way he couldn’t have tasted great brisket.

So, here’s an offer to Sen. Cornyn: I will gladly give you a demonstration on how to prepare and cook a brisket the proper and true Texas way if you will offer your much-needed support to another important cause: Rep. Brian Babin’s H.R. 759, which would help our neighbors, the Alabama-Coushatta Tribe and, ultimately, the regional economy here in East Texas.

If Dr. Babin’s bill gets through the Senate (it already gathered a huge swell of bipartisan support in the other chamber and passed) it would put the AC tribe on equal footing with other tribes across this great land.

Save our Stages is a great thing to help out entertainment venues all over the country, so why not help out with a big entertainment option here in Texas? I get that gambling isn’t everyone’s bag, but everything is a gamble when it comes down to it, right?