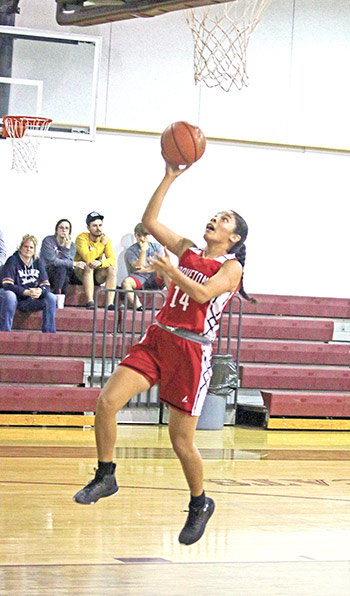 (Above) Isavel Bautista goes in for the layup. (Right) Tatum Porter shoots over a crowd. Photos by Brian BeschTCNS staff

The Trinity Tigers went 2-2 in the Big Sandy tournament, beating Groveton and Walder.

Standouts were Terius Maxie, who averaged 22 points and 16 rebounds during the tournament.

Cole Hortman and Tristian Martinez both averaged 7 points and 2 steals per game during as well.

APPLE SPRINGS — The Eagles went 1-2 in its own tournament over the weekend, losing to 70-18 on Friday.

APPLE SPRINGS — The Apple Springs tournament proved to be a learning experience for the Bulldogs, who lost to Zavalla 37-23.

Later that day, Chester downed Centerville 45-43 in a game that went to the buzzer.

Head Coach Geoffrey Hollis said it was the team’s best effort of the year, but going 8/27 from the free-throw line came back to bite us in the end.

On Friday, Centerville came back to defeat Grapelands JV B team 37-15.

Whittlesey scored a season-high 20 points in less than 10 minutes of playing time, while Watson added 8 points.

Hollis said the team is headed in the right direction.

“We didn’t get the outcomes we desired but we had a lot more positives this weekend than previous games,” he said. “We are continuing to work hard to get better every day.”

Hollis said it was a close back and forth game the entire game until the last couple of minutes of the game.

Junior Ayden Self had 11 points and Whittlesey contributed 10 points.

The Indians lost to Coldspring 99-13 during the Big Sandy Tournament.

Isavel Bautista had 7 rebounds, and Lexia Blanks had 4 assists.

McQueen had 13 points and 7 rebounds, Kiki Smith had 8 points and 5 steals, Maddy Thomas had 6 points and Ingrid Gonzales had 4 points.

Head Coach Yaya Curry said the Lady Tigers played in a 5A-6A tournament, and it was a tough weekend.

“Although we did not come out on top in any games, we had tough competition that has prepared us for the start of district,” Curry said. “Our goal as a team is to finish at the top of our district.” 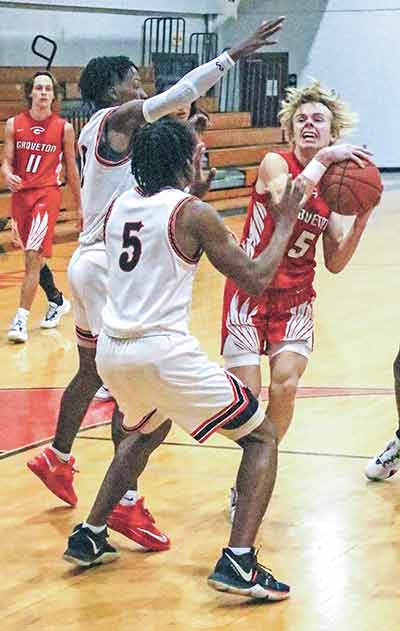 A Groveton player gets into traffic during the Indians’ 86-22 loss to the Trojans.TCNS staff

Trojans Coach Greg Devers said that even with the scoring gaps, his team still is working all the kinks out.

TRINITY — The Tigers dropped two games Thanksgiving week, losing to Aggieland Homeschool 62-34 on Nov. 22 and to Woodville 85-33 on Nov. 23.

Terius Maxie was the leading scorer in both games with 11 points.

The Tigers were to face Lovelady on Tuesday, and then participate in the Big Sandy Tournament Thursday through Saturday.

CHESTER — The Lady Eagles lost their opening game against Chester 28-16 on Nov. 17.

Head Coach Michael Powell said they were to face Zavalla on Tuesday, and then will host a tournament Thursday-Saturday.

SHEPHERD — The Lady Tigers lost an away game 43-24 to the Shepherd Lady Pirates on Nov. 22.

The Lady Tigers will participate in the Navasota tournament Dec. 2-4.

Groveton was to face Lovelady on Tuesday. 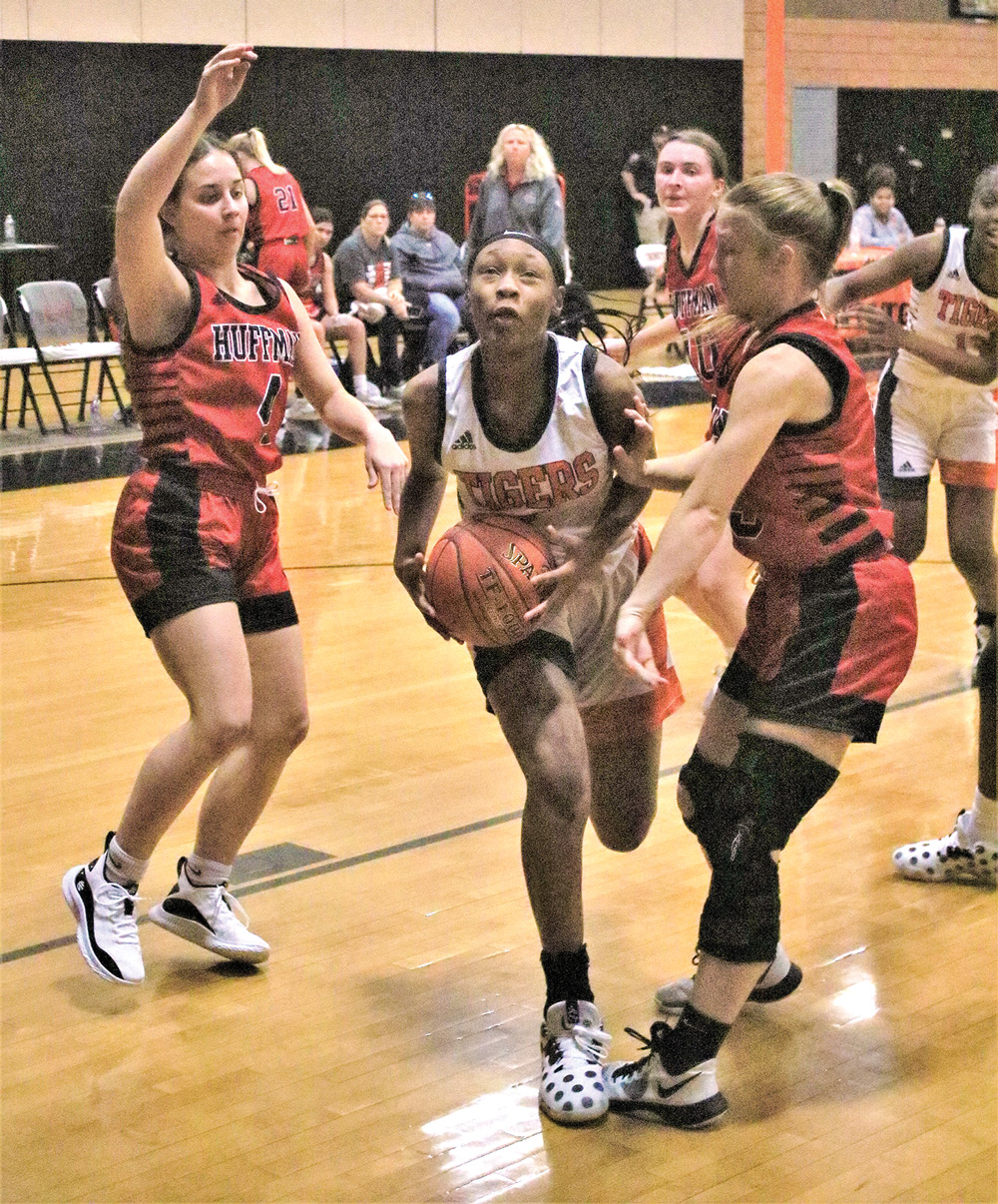 TRINITY — The Lady Tigers dropped a game 101-17 to Hargrave on Friday.

The Falcons used an effective press to keep Trinity from gaining any traction.

The loss puts the Lady Tigers at 1-2 overall in the young season.

Groveton spent the first three quarters on its heels against a tough offense, but managed to come around and go shot-for-shot in the fourth quarter. 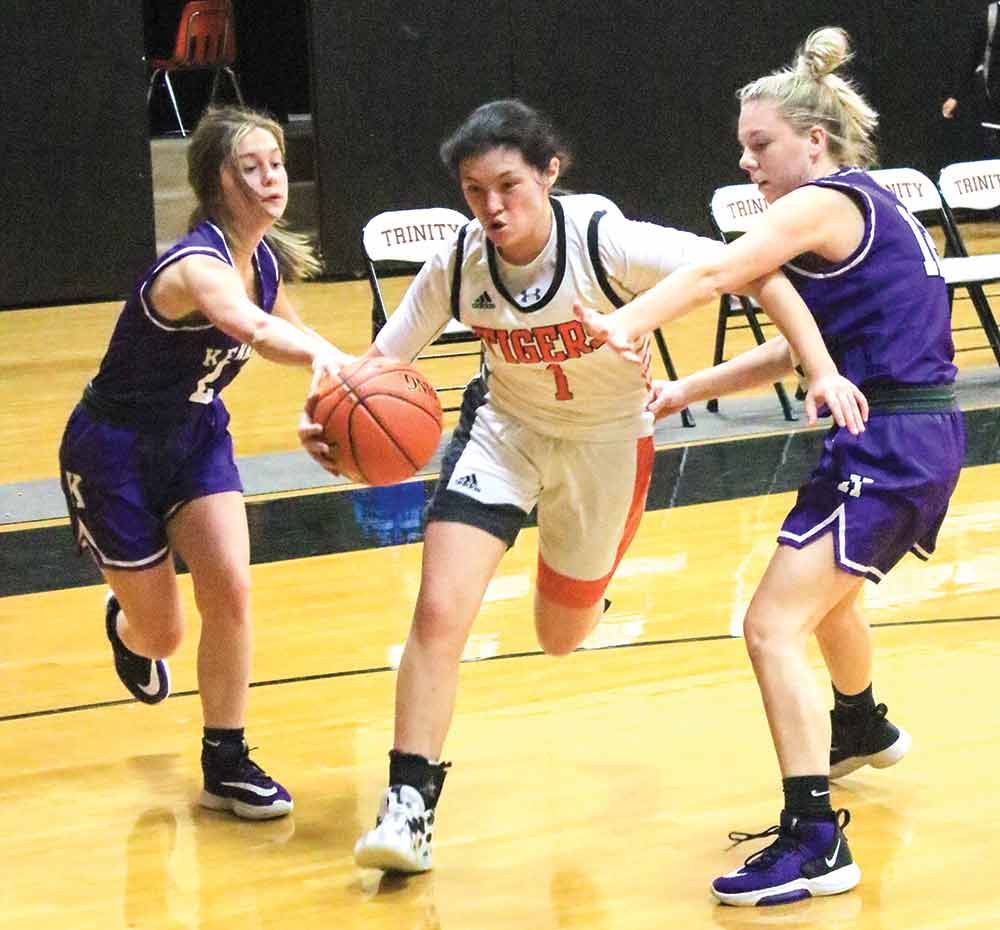 Lady Tiger Dayanara Martinez (No. 1) cuts through two Kennard defenders during a Friday game in Trinity. The Lady Tigers won the match 74-29. 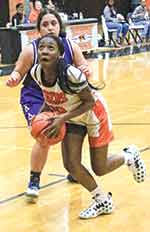 Lady Tiger Olivia Mills (No. 20) goes up for two during a Friday game against Kennard. Trinity won the match 74-29. Photos by Tony Farkas/TCNSTCNS staff

On Saturday, the Lady Tigers suffeed a 42-38 loss against Rusk.

The English sisters combined at total of 21 rebounds, and Craft scored 17 points and had 5 steals

Next game is 6 p.m. Friday against Hargrave. 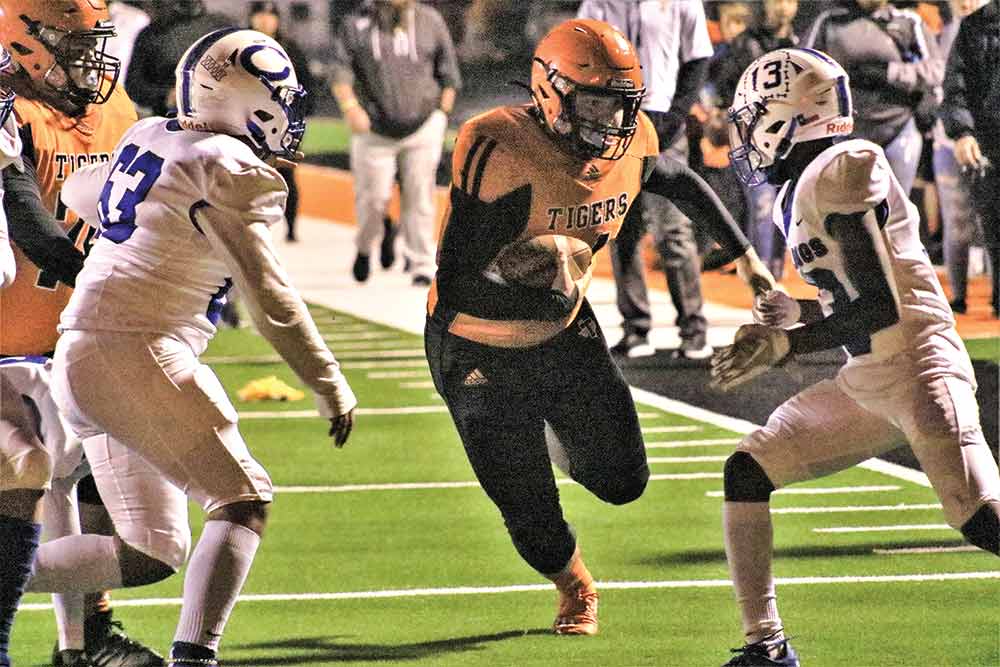