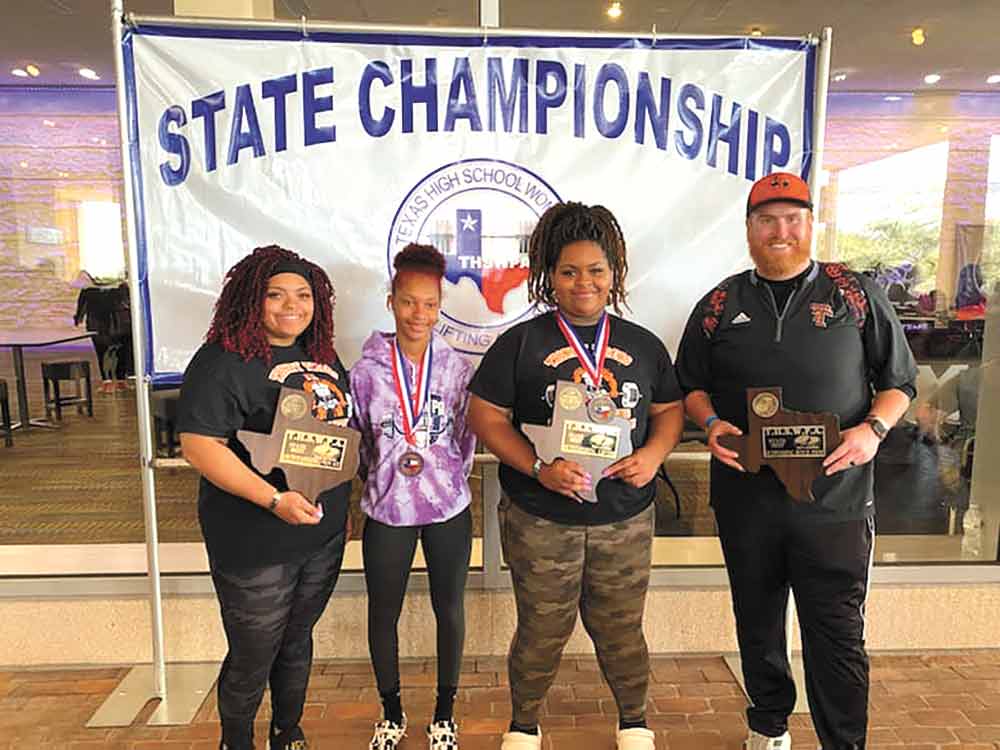 The Trinity team at the state meet on Saturday. Courtesy photoTCNS staff

Her classmate, Deandra Mills, placed third in the 105-pound weight class with a combined weight lifted of 605 pounds.

With only two competitors, Trinity placed eighth out of 63 teams. 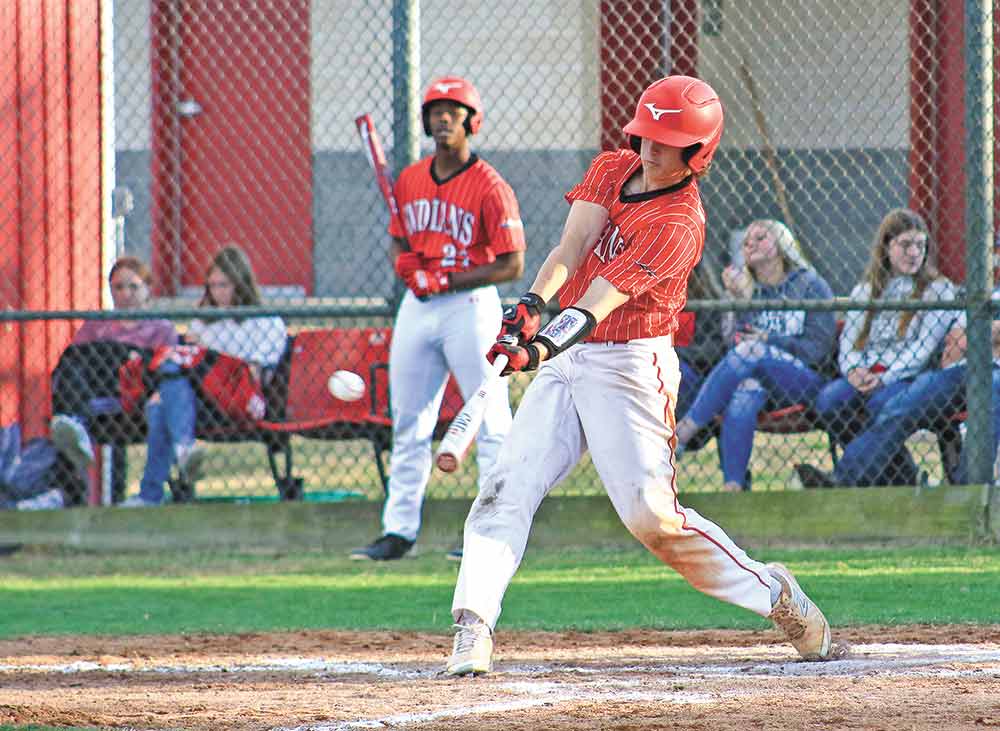 An Indian hitter takes another shot. Photo by Tony Farkas

The Trojans earned the victory despite allowing Trinity to score four runs in the third inning.

In the first inning, Coldspring-Oakhurst got its offense started when Ezell tripled on a 0-1 count, scoring one run.

The Trojans scored 10 runs in the third inning. The offensive onslaught was led by Easton Dean, Zach Hamilton, Cadyn Barton, Nolan Beaver, Luke Monroe and Ezell, who all drove in runs.

Monroe got the start for Coldspring-Oakhurst, going three innings, allowing three hits and four runs while striking out four.

On March 15, the Trojans wins against Tarkington 7-3.

The Trojans fired up the offense in the first inning, when Cole Woodruff doubled on a 1-2 count, scoring one run. The team tallied three runs in the seventh inning, as Tristan Ezell had an RBI double to lead the run scoring.

Woodruff was on the mound for Coldspring and surrendered one run on one hit over five innings, striking out nine.

The Pirates lost to Splendora 10-0.

The only standout was Hayden Pawlowski’s defensive play in center field.

Tristen Cullum, Cyrus Martinez and Cole Barrow each had one hit.

On Friday, The Lady Trojans downed the Trinity Tigers 21-6.

The Lady Trojans scored 7 runs through 3 innings then added 15 in the fourth to blow the game open.

Izzy Doggett hit a 3-run homer in the frame. Ashney Minor pitched all 4 innings to pick up the win.

The Lady Pirates lost to Splendora 11-0 on Friday. 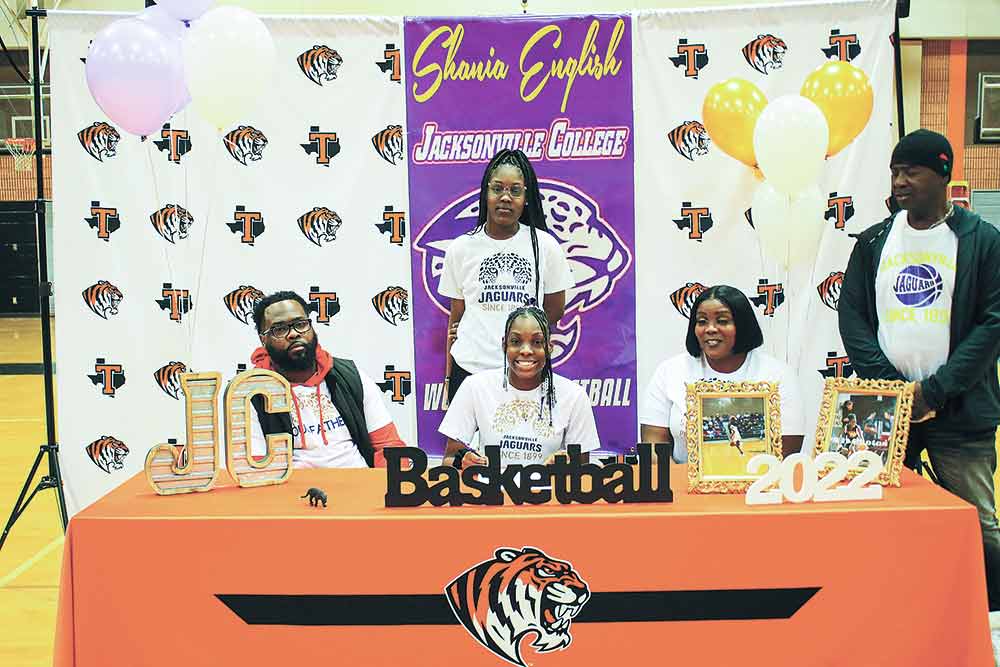 (Above) The Trinity ISD powerlifters closed out their season with second- and third-place finishes in the Elkhart Invitational. Courtesy photo

ELKHART — Trinity Powerlifting competed in the last invitational meet of the season, and the Lady Tigers came away with a second-place overall finish and the boys placed third overall.

Girls regional qualifying will be finalized soon, and Trinity should at the regional meet in Fairfield on Feb. 26.

Lexia Blanks was named outstanding lifter for the light platforms. This award is given based on the lifters body weight compared to the amount of weight lifted. 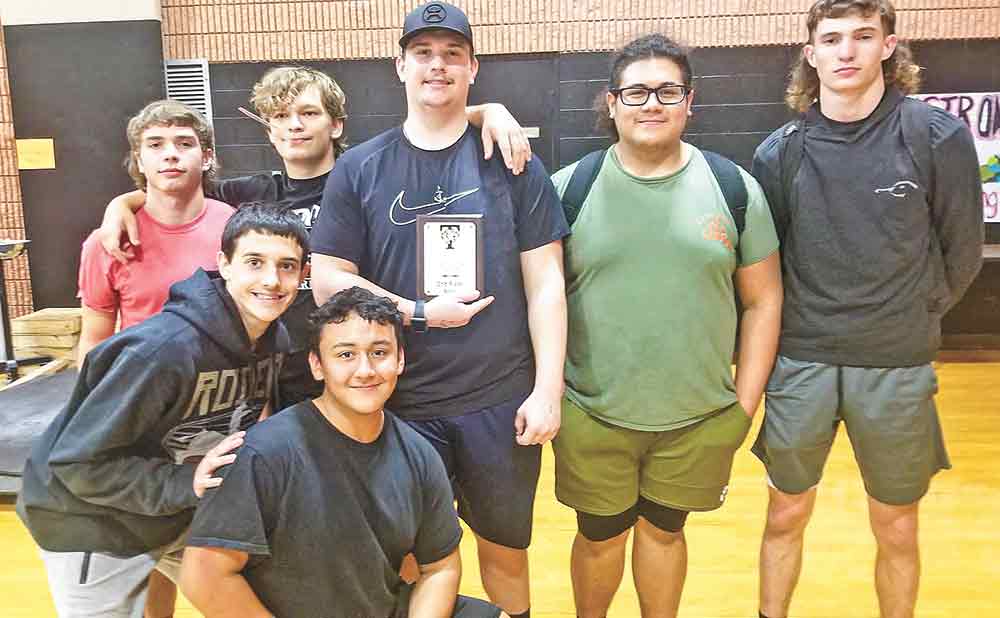 TRINITY — Coming out on top at your own tournament is an even better reward that just winning, which is what the Trinity Tigers did on Saturday,

The boys’ team accumulated 34 points to place first overall. The girls managed a fifth-place finish out of 11 teams.

Coach Forrest Reddick said he is very proud of the effort of every one of his lifters.

“Just about everyone was able to improve their standing in terms of qualifying for regionals,” he said. “We will have a final determination of that in the weeks to come, but it’s looking very promising moving forward.”