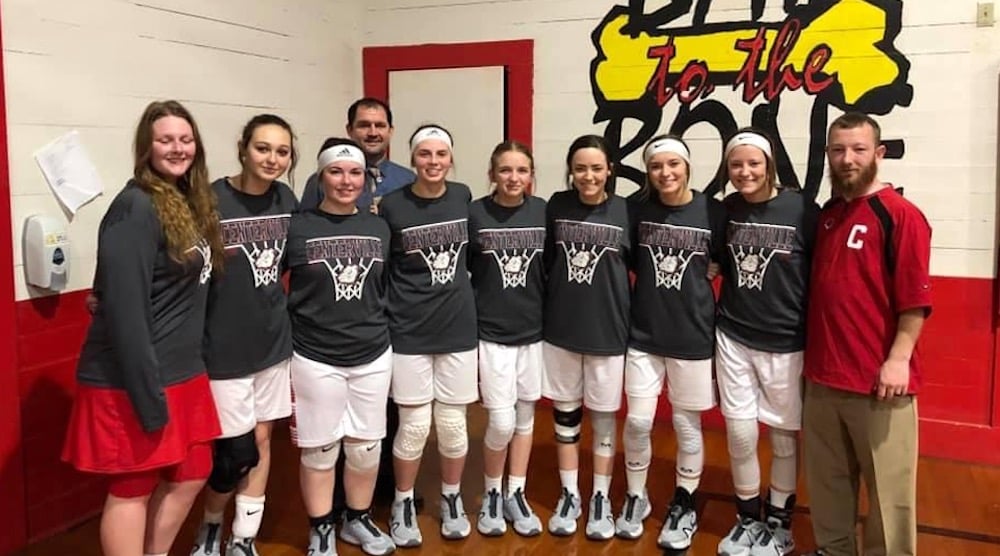 COURTESY PHOTO The Centerville Lady Bulldogs are headed to the playoffs against Zavalla on Thursday.

TRINITY — After a win last week, the Trinity Lady Tigers fell to district rival Onalaska on Saturday to place third in the district.

The Tiger boys lost to Tarkington 54-48 on Saturday. Trey Goodman led scorers with 21 points, and Jakai Miller-Gates chipped in 16.

Trinity was to play New Waverly on Tuesday and Anderson-Shiro on Thursday. 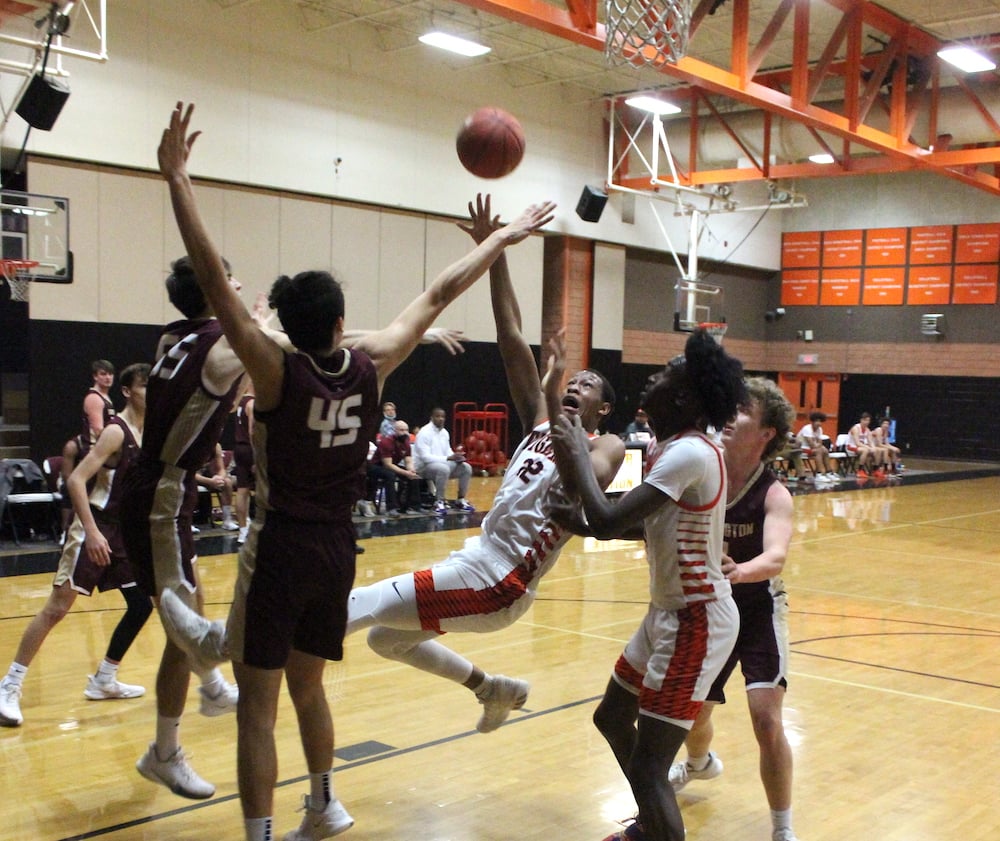 TONY FARKAS | TCNS Trinity Tiger center Terius Maxie (No. 22) attempts a bucket during a district game against Tarkington on Saturday.

“We beat Kennard twice, but lost to everyone else,” he said.

The Eagles went 0-10 in district with two games left to play this week.

Head Coach Kevin Parker said the Lady Bulldogs will be advancing to the playoffs and will face Zavalla in the Bi-District Round on Thursday in Huntington.

Coach Rogelyn Andrews said the Lady Indians are tied with Leon for fourth place in district.

Groveton was to play Tuesday in Grapeland, and the winner will move on to play Martin's Mill Friday in Bi-District.