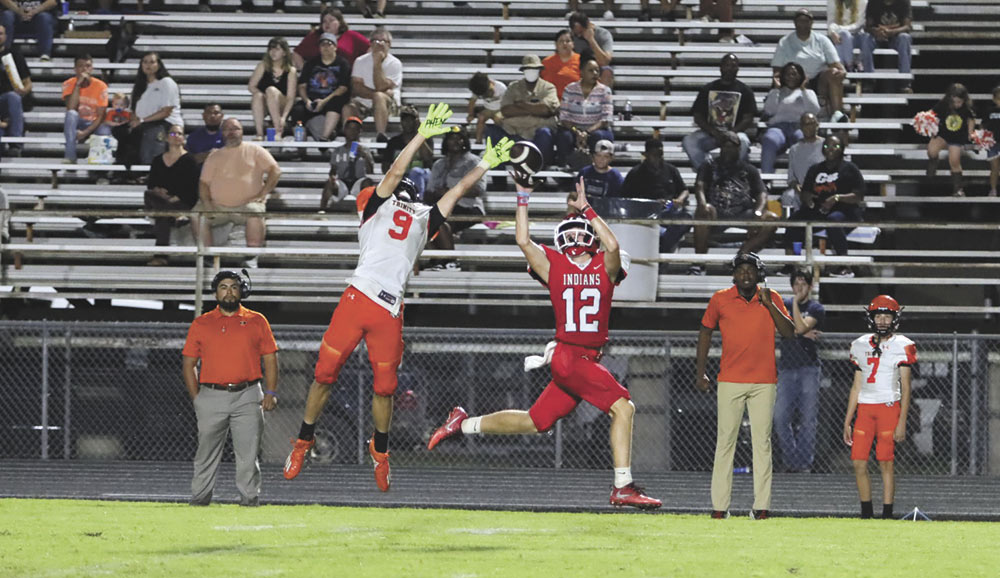 Groveton wide receiver Jarrett Loftin (No. 12) hauls in a pass behind Trinity defensive back Cole Hortman. Photo by Martha Mericle

The game was moved because there were no officials available on Friday.

Groveton Head Coach Matthew Woodard said the win was awesome for the kids.

“It’s a great feeling watching your kids smile after how much work they have put into it to be successful,” he said.

Offensively, quarterback Ian Utz went 10-14 for 137 yards with 1 TD, while giving up only 1 interception.

On defense, 23 players record a tackle, while Clifton Davis had 3 tackles, 2 pass breakups and 2 interceptions; Tanner Steubing had 6 tackles; Daiton Chandler had 4 tackles; Wyatt Snead had 3 tackles and 4 punt returns for 38 yards; and Chase Blair had 3 tackles.

“I talked to them about being consistent throughout the game — taking care of your area of control — making sure that they know what they are doing (assignments) so that they can play fast and limit the mistakes,” Goodman said.

He also said the team has to have more focus in practice and continue to battle and keep their heads up, and is expecting some key players to return from injury this week.

While there wasn’t much offensive production, Goodman said a few players had some solid games on defense, such as Jaryis Woods; Trintin Fulsom played well on both sides of the ball and blocked a punt; Cole Hortman had some big hits on defense; Tristian Williams had an interception; and Marshall Sizemore had a good defensive game and did a good job running the ball.

The Eagles posted their first loss as they were not able to overcome a 24-0 first-half run by the King’s Academy Knights on Saturday, falling ultimately 30-12.

Dakota Campbell ran for one TD and connected with Connor Kaufman for the teams two scores. 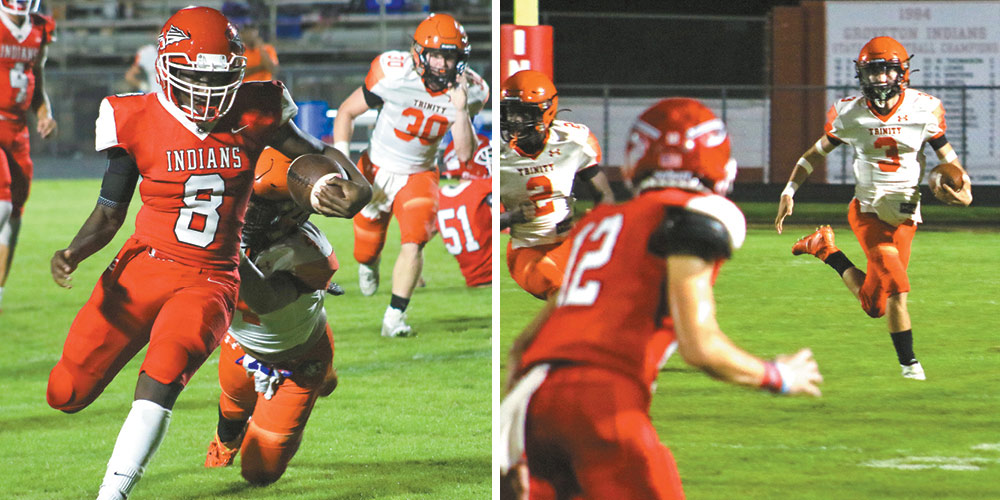