Each year, more than 4,000 high school students from across the country participate in the VFW Auxiliary’s Young American Creative Patriotic Art Contest.

Students in grades 9-12 who are enrolled in a public, private or parochial high school or home study program in the United States, or dependents of U.S. military or civilian personnel in overseas schools., who are U.S. citizens or nationals are eligible.

Students participating will be judged locally at the VFW Post 6899 Auxiliary in Trinity and awarded $300 for first place, $200 for second place and $100 for third place. The winner will be forwarded to our District 19 judging for additional recognition and awards.

The first-place winner at district will be judged at the state level with one winner moving on to compete at the national level for national awards totaling $33,000.

• Two-dimensional art must be on canvas or paper. Watercolor, pencil, pastel, charcoal, tempera, crayon, acrylic, pen, ink, oil, marker or other media taught may be used. Do not frame two-dimensional pieces. Submit canvas entries on a stretcher frame or canvas board. Other entries must be matted in white. Do not use color mats. Reinforce the back with heavy paper. Mounted and floating mats may also be used. The art should be no smaller than 8x10 inches but no larger than 18x 24 inches, not including mat.

• Three-dimensional art can be paper, papier-mâché, pottery, clay, metal work, fabric, etc. Pieces should be no larger than 18 inches in any direction. Art cannot be more than 5 pounds in weight. Digital art, photography and jewelry are not accepted.

A completed entry form must accompany the entries, as well as a typed explanation of the patriotism expressed in art at 250 words or less. The deadline is March 31.

• The Red, White and Blue! Music Contest open to youth in grades K-12 and a U.S. citizen or national.

Video of contestant’s solo vocal performance of  “The Star-Spangled Banner” must be recorded between July 1, 2021 and March 31, 2022. Contestant may sing a cappella, with backing tracks or instruments.  Contestants may sing in the arrangement and genre of choice. Contestant may not change the words.

Entry will be judged on vocal ability, mastery of lyrics, originality or interpretation and entertainment value. The contest consists of two grade divisions: K-8 and 9-12. Each grade group will receive a first-, second- and third-place award locally.

•Illustrating America Art Contest is open to any students in grades K-8 who is enrolled in a public, private or parochial school or home study program in the United States, its territories and possessions; or dependents of U.S. military or civilian personnel in overseas schools. Student must be a U.S. citizen or U.S. national.

Entries will be judged on patriotic theme and technique. The contest consists of three grade divisions: K-2, 3-5 and 6-8. Each grade group will receive a first-, second- and third-place award locally.

Entry forms, eligibility requirements and contest rules are available at vfwauxiliary.org/what-we-do/youth-activities. The contest deadline is March 31.

For more information contact Judy Henderson, VFW Auxiliary Scholarship Chairman at (512) 934-4336 or This email address is being protected from spambots. You need JavaScript enabled to view it..

GROVETON — There is no question that that county needs to build a jail, but there are many questions as to the path to that goal.

At the Feb. 8 Trinity County Commissioners Court meeting, hours of discussion resulted in no action either on building a temporary jail facility or hiring a contractor for consultation services.

The consultation would deal only with preliminary information, such as population measures and site recommendations.

Sheriff Woody Wallace said that the contractor firm — Brinkley, Sargent and Wiginton Architects of Waco — would be able to provide information such as water tables, utilities use and more.

“We’ll lose momentum if we don’t jump at this right now,” he said.

County Judge Doug Page said there have been questions about this being the only firm, and that other firms needed to be given the opportunity to bid, and Commissioner Mike Loftin said the court needed more than one option to consider.

However, Wallace said that was the purpose of the Jail Committee, since the committee had met with other architects already.

“We’re going to kick this can down the road and end up in a huge bind,” Wallace said.

Wallace also said that hiring the contractor was not hiring for jail construction, but only for preliminary investigation, which has to be done.

Commissioner Neal Smith said that the county will build a jail, but in a cautious manner, and the final vote will be up to the people of the county.

Wallace cautioned again that the county is facing a time limit, and it needs to stop kicking the can down the road.

In a related matter, the county also tabled building a temporary jail on county land near the Groveton Fire Department.

Page said that the more it’s talked about, more he is opposed to building such a structure.

“Why spend money for a temporary jail and then jump to building a new jail?” he asked. “We need to build a jail, but there is a process.”

• tabled a request from Pennington Water Supply for money for projects;

• tabled the purchase of a spacesaver roller unit for file storage;

• hired a part-time clerk for Precinct 4 Justice of the Peace Richard Steptoe through the Texas Workforce Commission;

• approved a contract position for the District Attorney’s Office;

• approved the demolition of a county-owned building adjacent to the Groveton Fire Department; and

• discussed the county’s portion of a settlement from an opioid lawsuit, which will be more than $100,000. 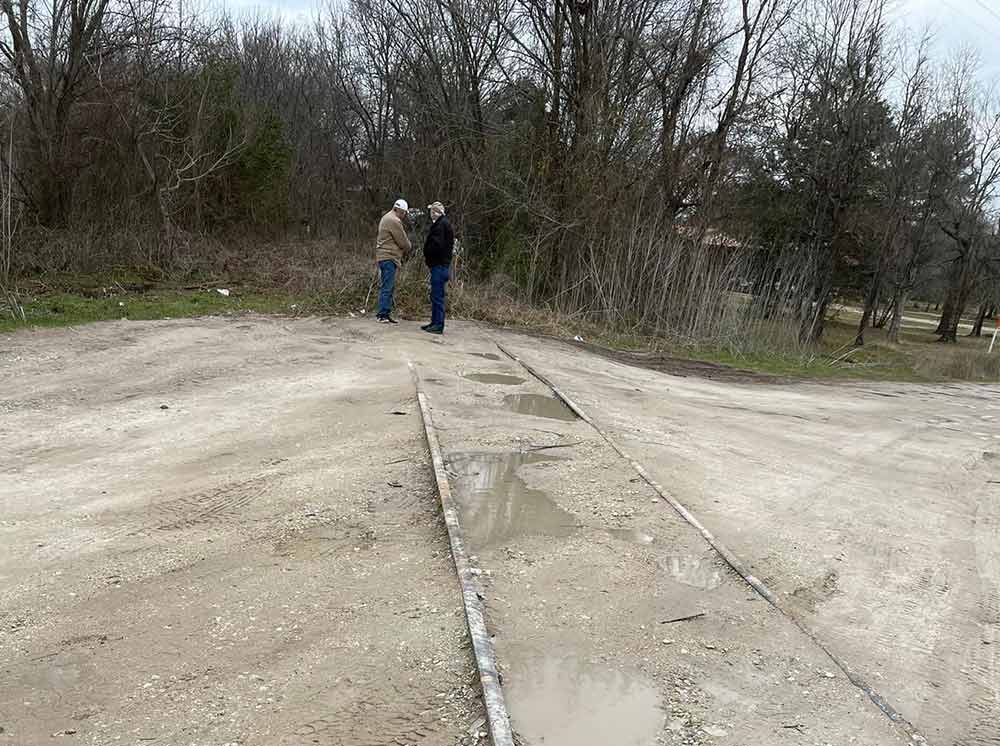 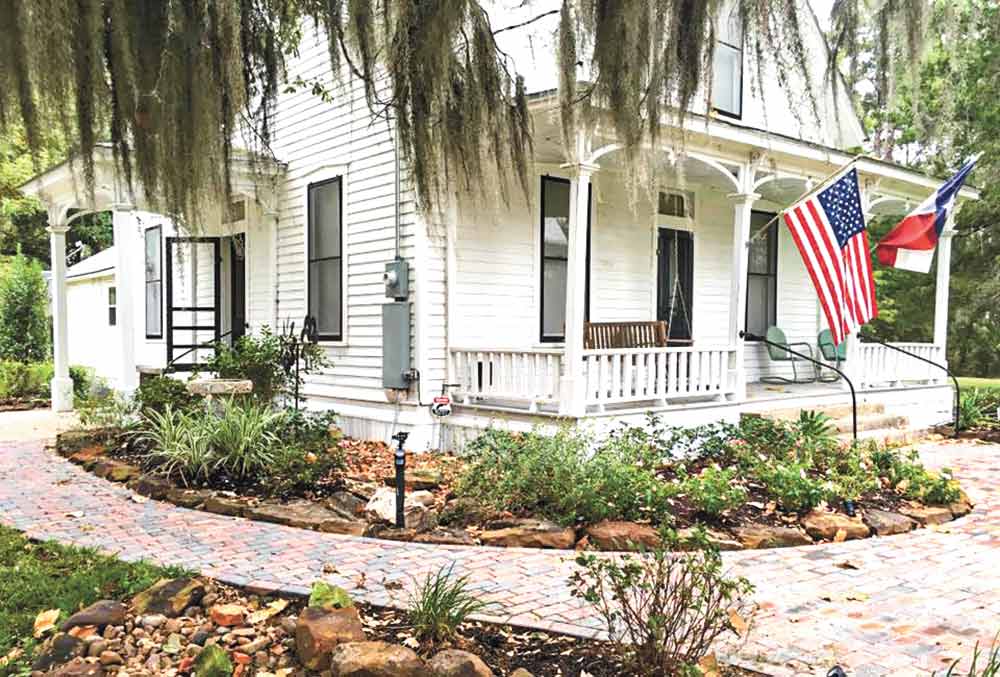 Editor’s note: This is the second of three columns detailing the information surrounding the John Henley Hill House.

John H. Henley is enumerated in the 1870 U.S. Federal Census, Wayne Township, Richmond, Indiana, living with his parents, Harmon and Mary Hill, and his two young daughters, and his profession was listed as a farmer.

The Hills apparently were prominent people with Harmon Hill showing a property value of $2,000 and a personal estate value of $2,000. This Hill family is also shown in the U.S. Hinkshaw Index to Selected Quaker Records 1860-1940 database online.

Isaiah Branson, father of Phoebe and Susanna Branson, was born in 1799 in Stafford County, Virginia. He and his family had moved to Wayne County from Uniontown, Belmont County, Ohio, in 1852. It was in Uniontown that Mr. Branson, with strong convictions against slavery, helped a fugitive family to liberty, which caused him a four-year lawsuit.

Their home in Belmont County was always a refuge for fugitive slaves. The Branson family were all well-educated; in 1876, John and Susanna Hill participated in demonstrating a knitting machine at the Centennial International Exposition of 1876, held in Philadelphia. It was the first official World’s Fair held in the United States.

It was there that they met Col. George W. Grant, who was from Huntsville, Walker County, Texas, and was the benefactor of a freedman’s colony known as Grant’s Colony, sometimes also known as Harmony Settlement.

This colony was located two miles east of Huntsville in Walker County. It was planned model farming community on 8,000 acres belonging to Col. Grant. Grant provided the land for a school and two churches, and the colony was predominately a freedman’s village.

Col. Grant described his project at the Colony and persuaded John and Susanna to come to the Colony to manage it.

After one year, in about 1877 or 1878, the Hill’s left Grant Colony and moved to Trinity. It is not known where the Hill’s lived upon arriving in Trinity but in 1880 John H. Hill purchased 200 acres from S.T. Robb.

The 1880 U.S. Federal Census for Trinity County shows John H. Hill, wife Susanna, and children living in Trinity County. There is another man named Wm. Faulk, born in Pennsylvania with the profession of “mechanic,” in the Hill household.

In 1908, John H. Hill sold 100 acres, where the home was located, to R.M. Martin and Hill and his daughters moved into Martin’s home in Trinity. John Hill became Trinity’s postmaster in 1906 and served until 1913. 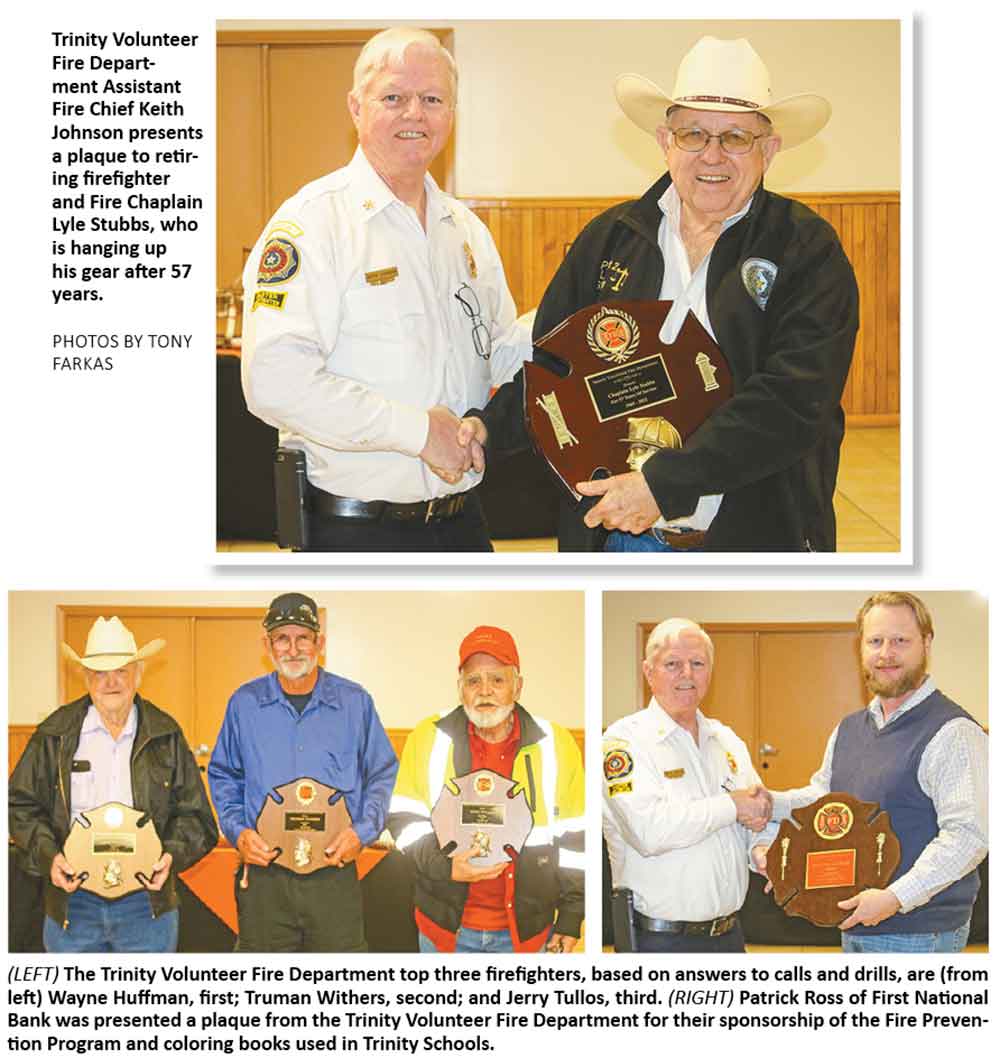