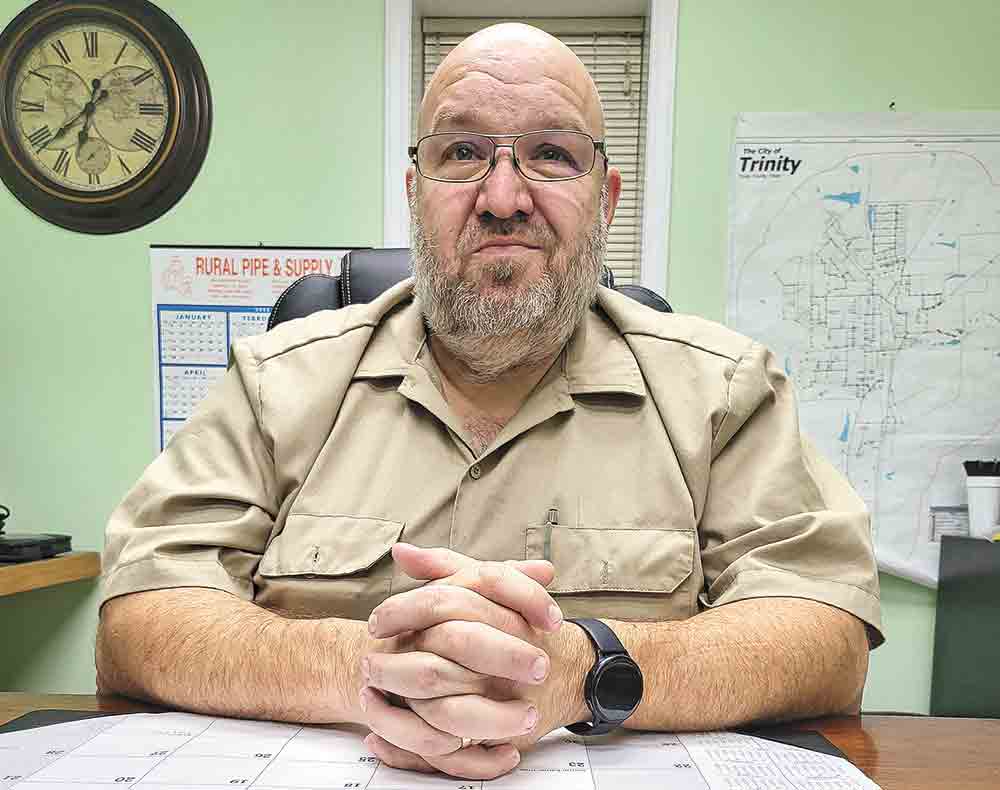 Tim King took the reins of the city of Trinity this month. Photo by Tony Farkas

TRINITY — Newly minted Trinity City Manager Tim King doesn’t plan to be a placeholder, but a proactive leader who will keep the city moving ahead.

Former City Manager Steven Jones retired at the beginning of the year, and recommended King as his replacement. King has been with city since August 2022, working as an auditor, and was in charge of programming the new water meters the city has been installing.

Prior to the job at the city, King was a maintenance director for Camp Olympia, a private summer camp setup in Trinity County.

While Jones served as both Police Chief and City Manager, King said he only will be the city manager, even though he will have oversight powers with the police. John Raiford, recently hired as police chief, will ultimately be in charge of his department.

King said he hopes to keep the city moving toward modernization of its services.

While learning the ropes, King still wants to keep taking steps forward, because he said that status quo is never enough.

“There’s always better to be done,” he said. “I just hate to hear that’s the way it’s always been done. If we did things the way we’d always done, we would be walking instead of driving.”

Projects in the works include road repair, sewer and water line replacement and constructing another storage tower.

With a high-energy mayor like Billy Goodin, King said he has to keep up with that, and can’t rest on his laurels.