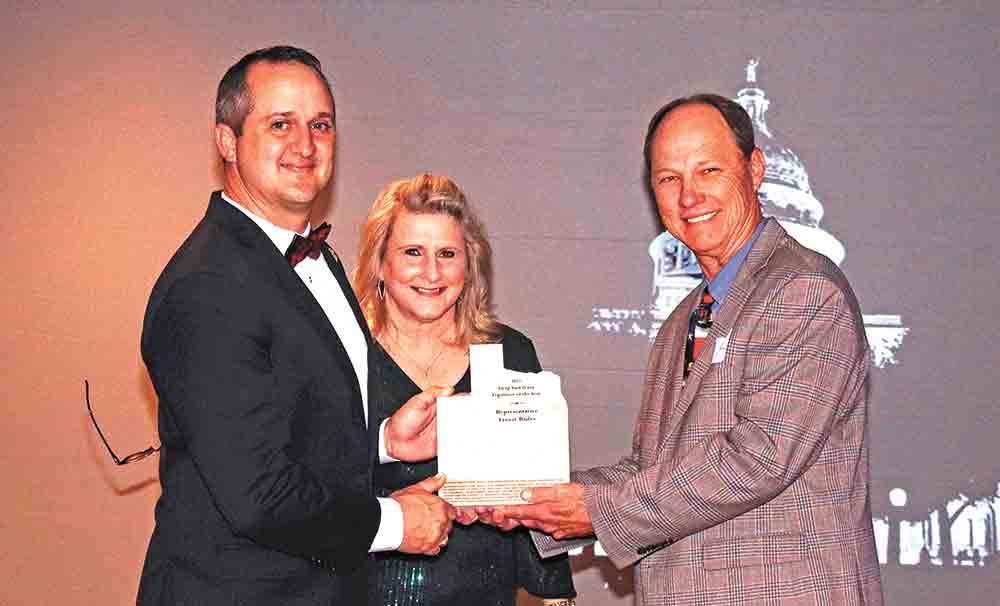 The event, honoring State Officials and Legislators representing the Deep East Texas region, was held the night before the convening of the 88th Session of the Texas Legislature. It provides an opportunity for Deep East Texans and their elected officials to come together in a show of regional unity.

“We are so proud of our Senator and all our Representatives and are so blessed to have them working on our behalf in Austin,” said Shelby County Judge Allison Harbison, president of both DETCOG and the Commissioners and Judges Association. “It is so important for us to support the legislators who represent us at the Capitol. As a region, collectively we have a much bigger and more effective voice.”

Bailes, who is beginning his fourth term representing Texas House District 18, was recognized as the Deep East Texas Legislator of the Year for 2023.

“Ernest Bailes has been an effective voice for Deep East Texas and he is very deserving of this recognition,” said Hardin County Commissioner Chris Kirkendall, past president of the Deep East Texas County Commissioners and Judges Association. “He is knowledgeable about our needs and responsive to his constituents. We are fortunate to have him working for us in Austin.”

In addition to and the Deep East Texas commissioners and judges, sponsors of the 2023 reception include all 11 counties of the region (Angelina, Houston, Nacogdoches, Newton, Polk, Sabine, San Augustine, San Jacinto, Shelby, Trinity and Tyler) as well as the cities of Crockett, Lufkin, Nacogdoches and Woodville.