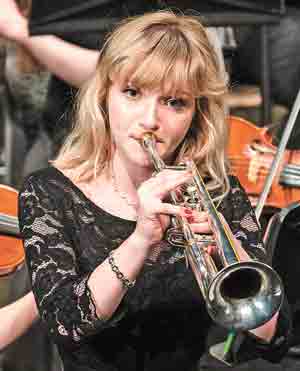 GROVETON —Madison Turrentine has been selected to perform with the Texas Music Educators Association All-State Band in San Antonio on Feb. 11 at the Henry B. González Convention Center.

The performance is part of the 2023 Texas Music Educators Association Clinic/Convention.

More than 10,000 students in 1A-4A districts from 22 regions across Texas auditioned in the fall.

The top chairs in each region advanced to one of five area auditions held this past weekend and only 286 of these students were selected for All-State honors.