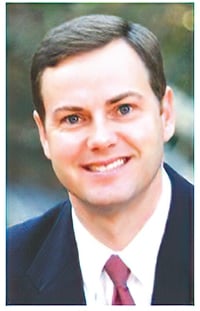 While Rep. Trent Ashby’s district changed in 2022, his priorities at the State Legislature have not, and he looks to ensure Texas remains the beacon of prosperity it has become.

District 9, which used to be District 57, lost Leon and Madison counties, but gained Tyler and Polk counties. Ashby said this is because of the population growth the state.

One the issues at the top of the list is border security, which Ashby said is one he hears at all of his stops throughout the district.

“What’s going on is very concerning, and with the federal denial and abrogation of their responsibility, it’s up to us,” he said. “We will continue to build on what we’ve done and continue to fund our efforts down there.”

Two related issues dealing with property taxes also will be on the radar; Ashby said people are crying out for property tax relief, and to the extent that the state has a surplus coming into this session, Ashby said he hopes it will steer more funds toward schools.

Secondly, Ashby said that appraisal districts are out of control, and there needs to be some sort of, whether it be caps on increases or a complete redesign to the system, something to protect the property owners from this.

Ashby also said that aside from taxes, education should be the state’s top priority, and if the Legislature doesn’t get it right, nothing else matters.

“We will focus not only on the public school system, but on higher education as well,” he said. “My big concern is teacher shortage, and the Legislature will have to take a deep dive and build a pipeline to bring in more teachers.”

In light of that, all options are open, Ashby said, such as enhanced benefits, retirement improvements, and the STAAR test needs to be reined in and high-stakes testing needs to be addressed.

“For higher education, in East Texas especially, we are looking at a new funding system for the 50 community colleges in the state,” Ashby said. “In the interim, we came up with a proposal for funding that increases funding and rewards colleges that are graduating students and placing them in the workforce.”

Also, Ashby said that more first-generation college students are attending, and it’s been a few years since the Legislature has looked at making college more affordable, and students that took dual enrollment need to have all of their credits transfer to their college of choice to help make things more affordable.

In other matters, Ashby said he will spend time on the power grid in the state, to ensure the state, which has the ninth largest economy in the world, has enough power for such a fast-growing state.

Broadband expansion remains a focus, and efforts to deploy broadband across rural Texas need to be addressed. Ashby also said there is an aging water infrastructure in the ground, and rural water supply entities can’t modernize enough.

Ashby said he plans to put an amendment in the state Constitution to ban unfunded mandates from the state, and bolster school safety by not only physical means, but by increasing the pipeline for all mental health professionals to get the help where it’s needed.