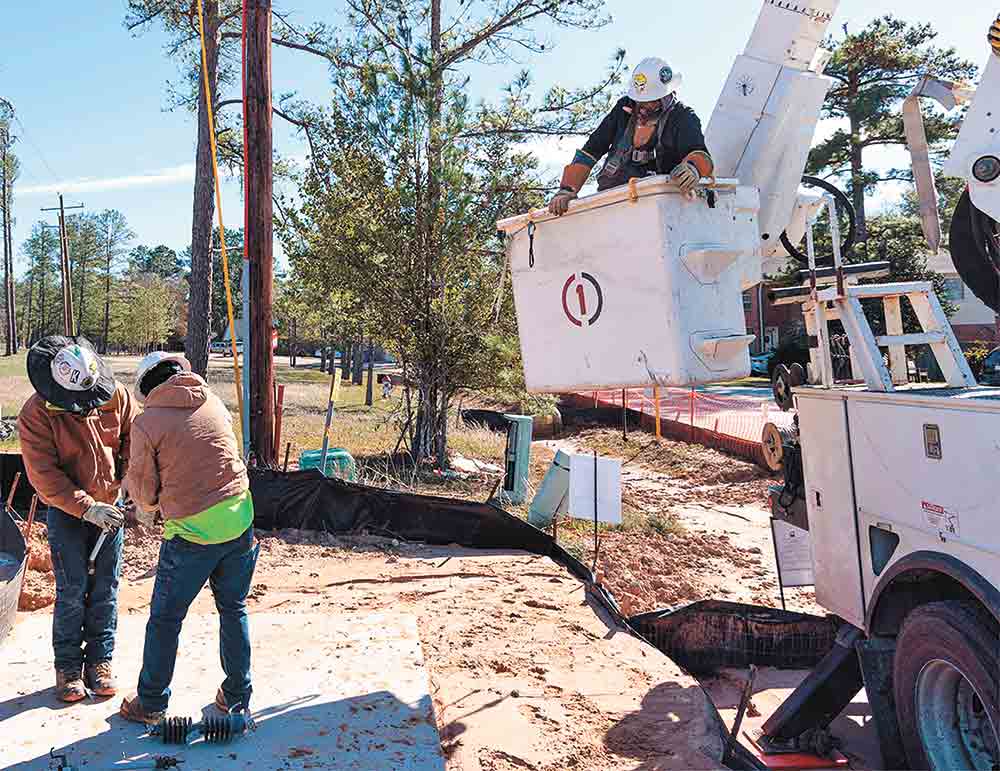 TRINITY — The dip in temperatures during the holiday week left Trinity residents without water and about 48,000 people in East Texas without power.

Trinity City Manager Tim Kind posted the low temperatures caused the city’s water pumps to freeze, and city crews had to shut off service to thaw them.

Crews did restore service within hours; however, Texas Commission for Environmental Quality regulations require that the city be put on a boil-water notice because of the drop in pressure.

In Groveton, Mayor Tommy Walton said the city had no issues with pressure, but there were problems with excessive use because customers had left taps running, which was depleting city storage.

Meanwhile, Entergy Texas crews have restored most of the power lost to the approximately 48,000 customers in the impacted regions across Southeast Texas.

According to a press release from Entergy, portions of its infrastructure were impacted by Thursday’s severe wind gusts.

Entergy also said that it did not have any power generation concerns and all units were online with appropriate fuel supply.

Customers are encouraged to make safety a priority by keeping their distance from utility crews and their worksites and calling 1-800-ENTERGY (1-800-368-3749) to report downed power lines.

Also, the company recommends never using a generator indoors. Carbon monoxide from the exhaust is deadly. Never plug the generator into a wall outlet. If you plan to use a standby built-in generator, always use a licensed electrician to hook it up.

When using standby built-in generators, the main breakers should be opened to avoid feeding power back into Entergy’s lines and creating a hazard for the public and power line workers.

For the safety of crews and individuals, please stay away from their work zones. If you need to report a problem with your service or get bill payment help, call 1-800-ENTERGY (1-800-368-3749). Additional safety tips are available on the Storm Center. Find further updates and safety tips on the Entergy Texas Facebook and Twitter pages.