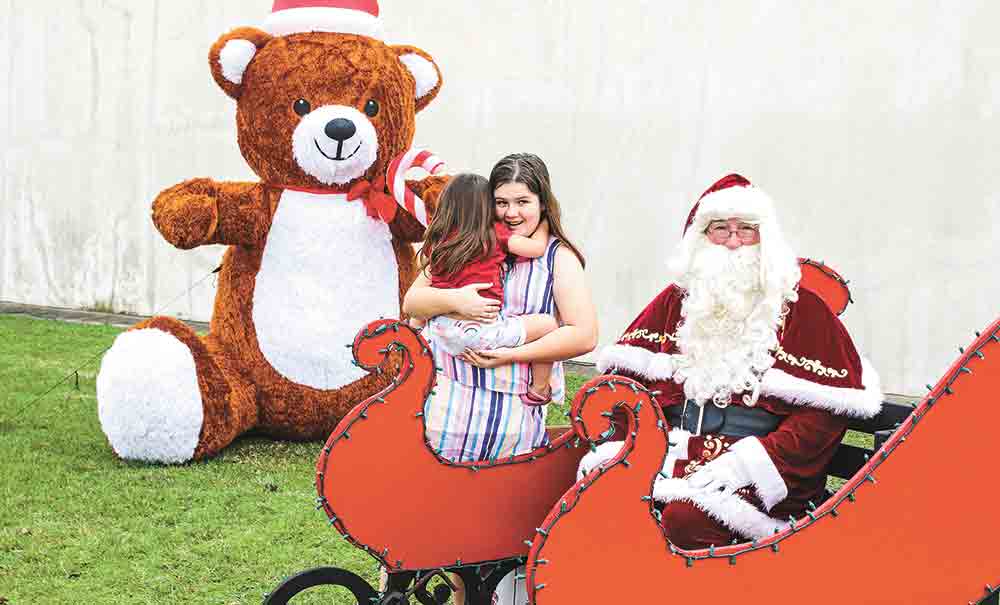 GROVETON — The annual Christmas celebration put on by the Groveton Community Association was a smooth success, despite a small hiccup with a wanted felon.

Sheriff Woody Wallace along with deputies have arrested 65-year-old Mr. Ethan Grinch, aka Grinch the green, pot-bellied, furry, pear-shaped, snub-nosed creature with a cat like face.

Old man Grinch was escorted to the old Trinity County Jail where he will be fed Green Eggs and Ham until his day in court. Hopefully the trial will be held this Monday. Also, the Grinch’s dog Max has not been seen since the Grinch’s arrest.

The Sheriff has expressed concerns about the near 100-year-old jail being able to hold the Grinch securely until his trial. Stating that the fact that Max is at large, and the Grinch is known for having cat like reflexes with the ability to mimic Houdini are of a major security concern.

Still, the city square was filled with music, vendors and happy faces.

Later on, the town was regaled with a lighted Christmas parade, one of the largest the town has seen.

Susie Hammond of the GCA said they are excited the parade is growing, and offered thanks to the many people who helped, including fellow organizer Jolynn Wars.

She also thanked Jason Due and Citizens State Bank for the use of a building for storage, Wallace and his crew , Neal and Vallerie Knoerzer for all of the many donations, including colored lights and arches.

Hammond said so many people volunteered that the event was a success.