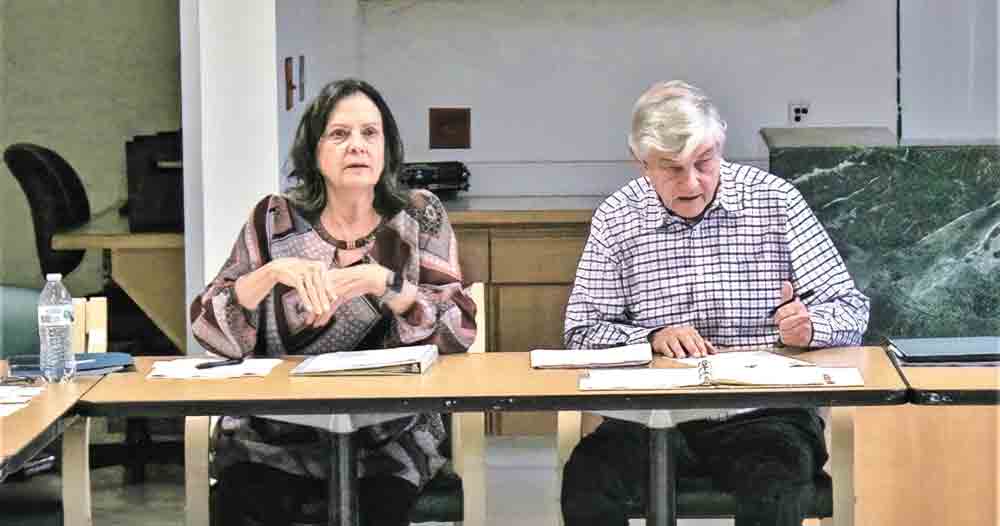 Trinity Memorial Hospital District board President Randy Karnes signs a lease agreement resolution on Monday after the board unanimously approved an agreement with MidCoast Health System to reopen the Trinity hospital. Photo by Tony Farkas

TRINITY — The Trinity Memorial Hospital District board ended a five-year search by signing a lease agreement with a firm that will reopen the hospital.

At a special meeting on Monday, the board signed resolutions required for leasing and conflict of interest issues with MidCoast Health Systems, which will create the MidCoast Medical Center-Trinity.

Hospital Board President Randy Karnes, many times tearing up, said it was like a great weight being lifted from his shoulders, which had been there since East Texas Medical Center pulled up stakes in July 2017.

“We talked with 28 entities over five years,” he said. “This the best option of all of them.”

Karnes said he did not know of any timelines that exist, but said that if he were to guess, the center would not open for business until at least February, since the hospital would require work to bring it up to current safety codes.

According to a press release from MCHS, the facility will be a full-service hospital for residents throughout the county, including surgery, rehabilitation, diagnostic services and WellCare clinic services.

“The town of Trinity and surround area is lacking medical services and we are proud to have partnered with Trinity Memorial Hospital District to bring these services back,” Nathan Tudor, CEO of MidCoast, said. “We are excited for the expansion of our health care services to East Texas and plan to be a part of the community for years to come.”

Karnes said he is pleased with MCHS, and said that during talks, he was told the group has never failed and won’t start now.

Once up and running, the hospital would employ from 50 to 70 people.

Funds for the renovations will come from the taxes collected by TMHD; board member Marjory Pulvino said that there has been some concern in the community about the need to collect taxes for a closed facility, but it has given the board funds to complete the construction efforts.

MCHS started as a regional health care provider for the Texas Gulf Coast region, but now has expanded throughout the state to enhance rural health care. The company operates hospital facilities in El Campo, Palacios and Llano as well as 20 clinics. It has been recognized for its achievements and methods.