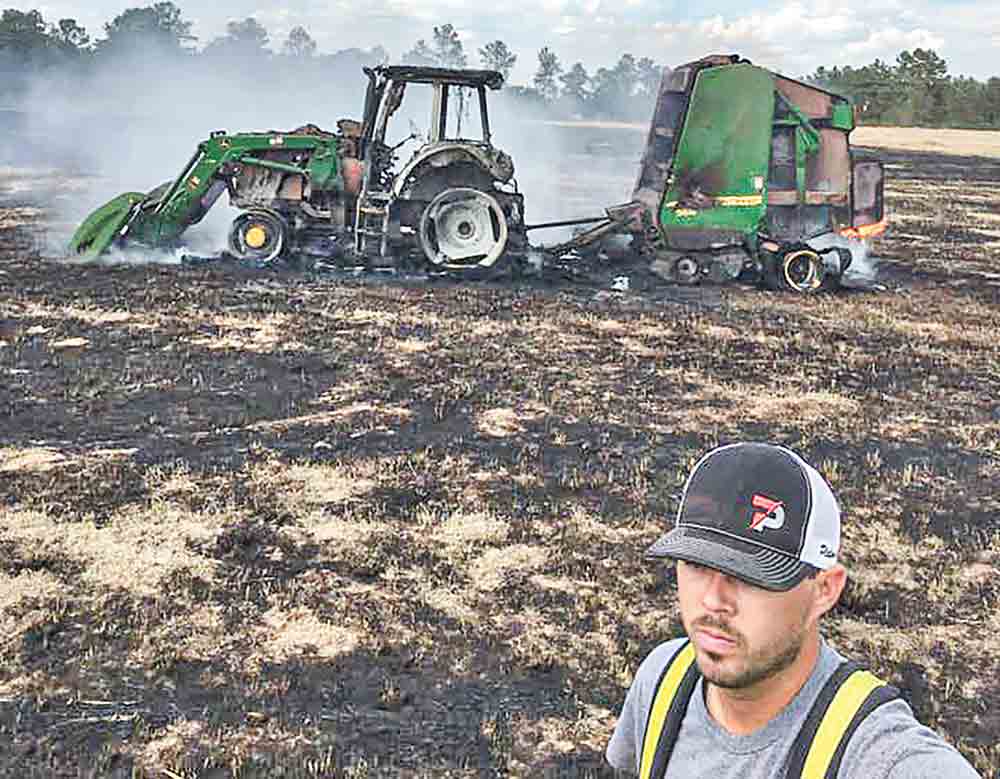 Chief Brett Selman said the fire, which was caused by a lightning strike, burned about 2 acres of forest land. Bulldozers provided by the U.S. Forest Service were instrumental in extinguishing the blaze by creating a fire break around it.

At about 3:30 p.m. Wednesday, a hay bailer owned by Terry Hines caught fire, which in turn burned 1 to 2 acres of land.

Selman said the department got there 6 minutes, but tractor was already involved.

The operator, who was not identified, could not get the bailer and tractor separated.

No injuries were reported, but bailer and tractor were totaled, Selman said.

On Tuesday, the Trinity Fire Department and Texas Forest Service responded to a brush fire that broke out at about 1:30 p.m. at Circle P Road off of Mansell Road.

Approximately 50 acres were burned. The department responded with 4 trucks and 10 men as well as 2 dozers and 5 personnel from the Texas Forest Service.

An investigation is underway as to who caused the fire.