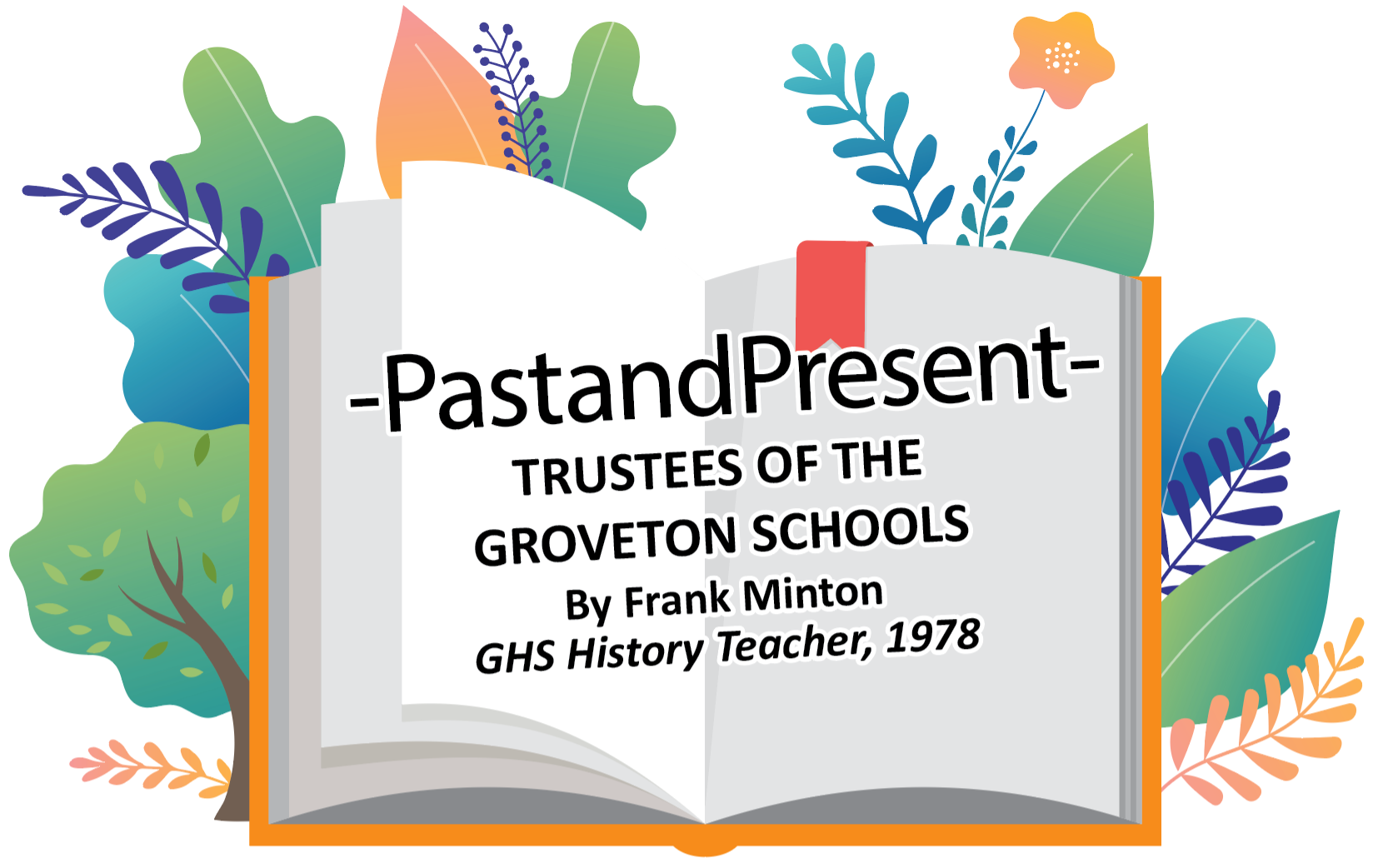 Editor’s note: The following are excerpts from a research paper prepared by Frank Minton, GHS teacher, while doing graduate work at Sam Houston State University, Huntsville, during the summer of 1978. Minton relied on personal interviews of local people, Flora G. Bowles’s “History of Trinity County Texas, 1827-1928,” Carl A. Brannen’s “History of Groveton,” and 37 volumes of “The Tomahawk” yearbook, and “Records of Trinity County.” This is the second of two pieces.

Red Branch, Antioch, Sulphur Springs, and Pine Island were the only totally African American districts in the county. The other school districts, including Groveton, provided separate facilities for African American students.

With annexation and the changing trends in education, the four-story brick high school building, which was constructed in 1915, was insufficient for the student body. Because of its poor design, it had much wasted space. The octagonal shape caused many nooks and corners, the stairway caused loss of room the center of the building was principally unused space, and there was no gymnasium at all.

The stranded mill population, which did not have anywhere to go when the sawmill stopped, was without work until the WPA came in to being. The Groveton School Board launched a great school building program to utilize the available WPA labor and to make the much-needed improvements in the school plant.

A gymnasium, agriculture and shop building, and homemaking cottage was constructed. The high school building was demolished and a new modern rock building was erected. All of this work was accomplished by NYA or WPA. Native rock dug from the ground about six miles west of Groveton was used in the construction of these building which are still in use in 1978.

The main concern of the 40s was the pressing issues of World War II and recovering from post-war problems. The Groveton schools participated in the defense program through aircraft spotting, selling of bonds and war stamps, and the local teachers registered individuals to receive their ration books. The African American school also operated a defense shop. Very little change took place in the education system during these times.

In July 1964, Mr. James T. Coker Jr. came to Groveton as superintendent, and under his guidance, integration began in 1965-66 and was completed during 1966-67. The smoothness with which the people of both races effected this transition has been the envy of many schools.

During the 20-year span between 1958 and 1978, education has become more specialized. Many new programs were added to the curriculum, such as auto mechanics, building-trades, cosmetology, and federally funded programs. As a result of these new programs, many additions and changes have taken place in the Groveton School faculty. The Groveton Independent Consolidated School District became known as Groveton Independent School again in 1970.

A self-evaluation of the Groveton Independent School District, at the request of the Texas Education Agency, was begun in 1975, which determined that the greatest need of the district was to construct a new facility to serve kindergarten through grade eight with a cafeteria and gymnasium to serve the entire student population.

Due to the finding of the self-evaluation, the Board of Trustees of the Groveton Independent School District, by unanimous vote, called a bond election on Oct. 21, 1978, to determine the will of the people of the district. The bond election to issue $1,350,000 in bonds carried by approximately a two-to-one vote.

The building was completed and put in to use for the school year 1978-79. It provides climate- controlled classrooms for kindergarten through grade eight, including the necessary support facilities such as science laboratories, library and remedial laboratory. Included in the structure also is an ultra-modern gymnasium and a cafetorium which will the serve the entire student body, kindergarten through grade 12.

The Groveton Independent School District now serves the patrons of an area covering 602 square miles in the heart of Trinity County. Its tax rate is $2 per $100 evaluation. The assessed value is 50 percent. The Groveton School district has an estimated valuation of $14,970,000. There are 669 students enrolled for the year ,1978-79 — 449 in kindergarten through grade eight and 220 in high school. The faculty and support staff total 62.

Groveton is proud of its schools and proud of the fine citizens who have gone out in to the world and proven themselves to be great men and women, making important contribution to their community, state, and nation.