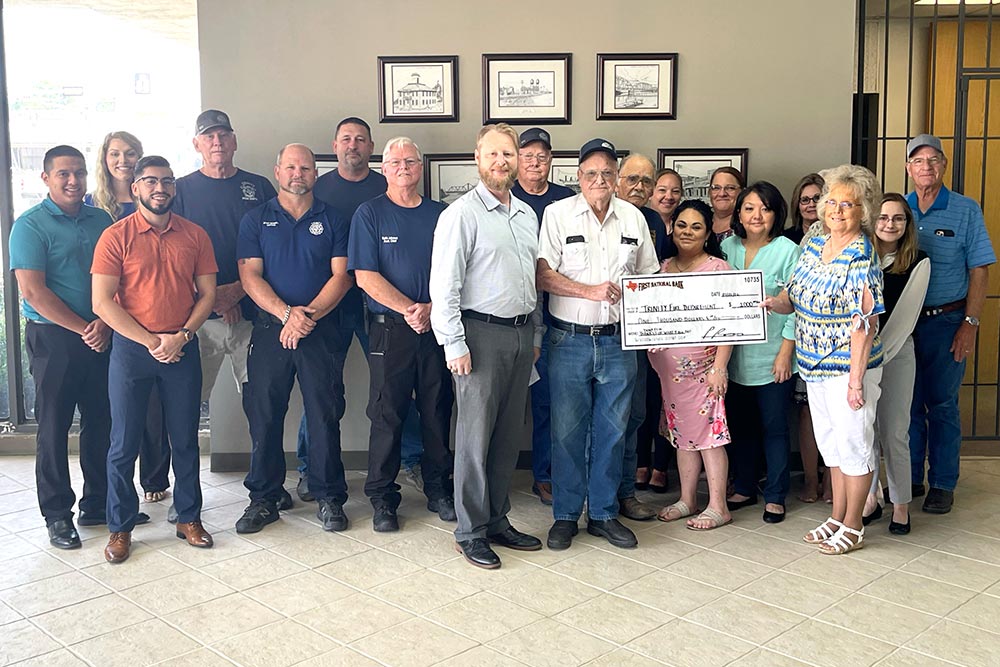 TRINITY — Firefighters in the county received a small break from wildfires as only one flare-up was reported, that being on FM 356 on Wednesday.

Following that, the fire reignited the next day, and firefighters handled that rather quickly.

The community continues to rally behind the VFD, as donations continue to come in. On Thursday, First National Bank of Trinity donated funds simply as a way of saying thanks for all they do.

Additionally, Trinity 356 VFD has received money donations, as well as donations of coolers and water, Gatorade and food items. 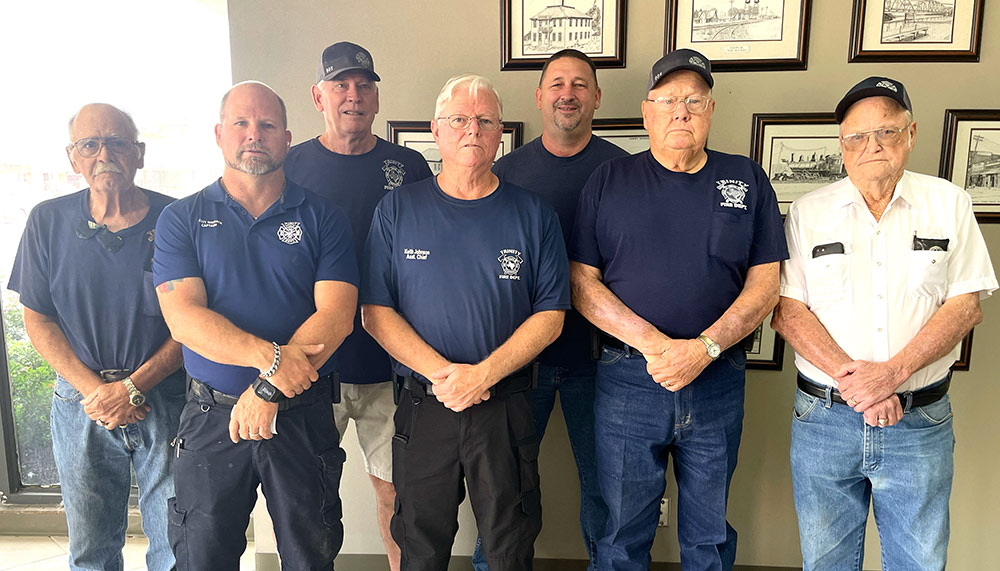