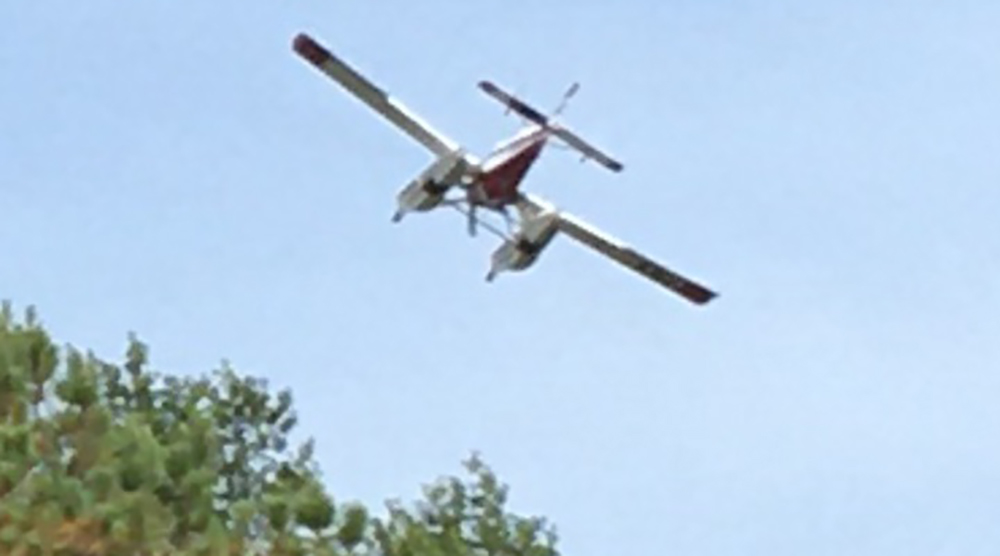 A plane heads toward the fire.

TRINITY — While area firefighters battle numerous grass fires in the county, the Republican Women of Trinity County have been providing relief.

The ladies have been busy the past few weeks making deliveries to all the Volunteer Fire Departments in Trinity County. Items include coffee and cleaning supplies.

The items came in hand as firefighters battled three more blazes in the county last week.

On July 12, a brush fire broke out at Oats Brothers Road in Walker County. The Trinity VFD assisted Riverside and Crabbs Prairie fire departments with the 14-acre fire. The Texas Forest Service arrived to plow a fire lane.
Also on July 12, a small fire broke out in the median of Highway 19 south of Trinity. Witness reported a man pulling a lit barbecue trailer down the road with a fire in the box, and embers were flying out on the road.