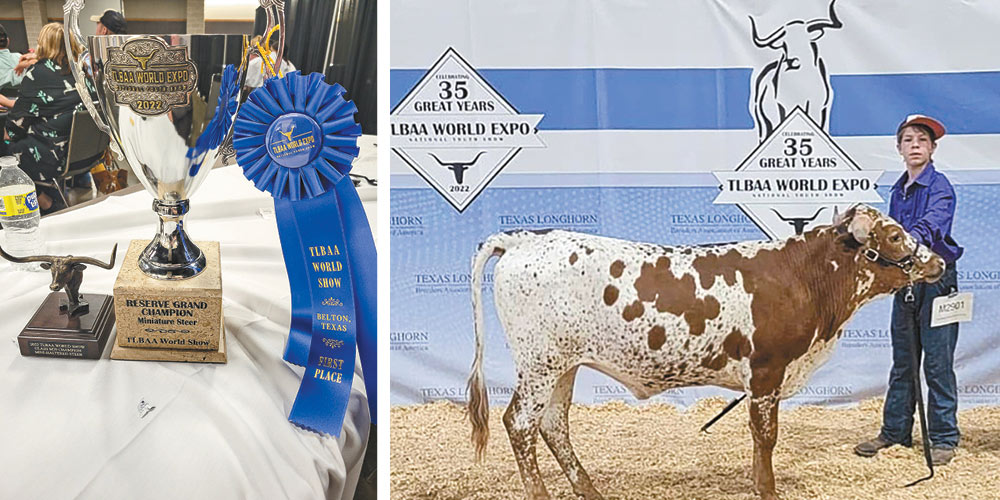 BELTON — Christopher Hatler, 12, brought home the hardware, a rare feat given that his was his first year showing.

The Trinity boy, son of Adam and Nicole Hatler, has won several grand and reserve champion awards in his first year, the latest being Reserve Grand Champion at the 2022 World Expo held June 22-26 in Belton.

He took the honors out of a field of eight contestants in his class.

The preferred animal for Christopher is the longhorn mini steer, a breed that originally was to be just the family livestock.

Adam Hatler said Christopher was parent-motivated into showing livestock, but he loves animals, especially cows. Still, it was happenstance the family got into it.

“We were looking for a family cow, and someone told us about this breed,” Adam said. “We went to a show, and while watching we found that’s what we wanted to do. We bought more cattle and went from there.”

Christopher signed up for show camp and had great teachers, Adam said, and picked up the process quickly.

From here, he is working on perfecting the craft, and the family is looking forward to shows this next season and expanding the herd.