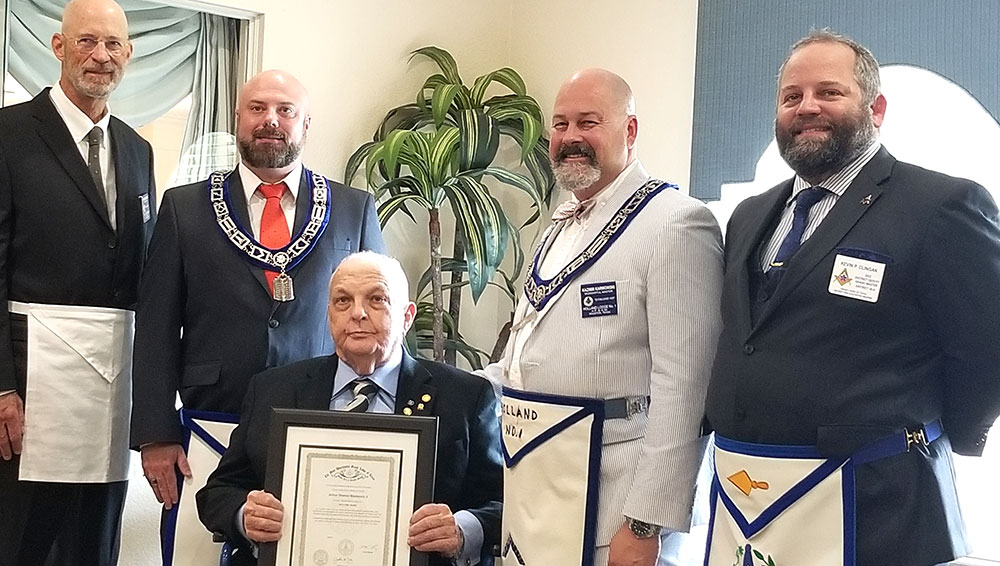 Another event held this weekend was a bake sale for the Future Business Leaders of America. They have two finalists going to the FBLA Convention in a couple of weeks. I hope they do well. I purchased a delicious lemon cupcake and a coconut cupcake, but they had many other awesome items for sale I wanted but did not need.

I wish some of these homemade bakers would enter the bake good competition at the fair in October. It is a shame that Trinity has so many culinary artists that are shy.
One such culinary genius is Lanora Ainsworth. She is so talented, and when she enters her items, she is hard to beat at anything.

Her pies — cherry, peach, blackberry, apple and pecan — are a tough act for anyone to try and match. Her jams, jellies, and candies have kept the Trinity VFW Hall afloat for years, and her cornbread or banana bread is sought after by many in and out of Trinity County. She makes a wicked pot of pinto beans, and if you are really a good friend, she may let you try her grape jelly that is made from the vines in her back yard.

It really is not fair that Lanora can cook, sew, quilt, crochet, paint, grow flowers, fruit trees and anything else she wants to do, and I cannot even grow a cactus plant. I forgive her though, as long as she calls me to be her taste tester.

Last week I told you about my friends who have a vegetable garden in their backyard and the husband, Rossel, can grow anything. They give most of their produce away, but sometimes there is too much to waste, so they try to sell some items to defray costs of watering and fertilizer.

So far, I had eaten tomatoes, salad peppers, onions, cabbage, squash, and fresh yard eggs, so I know their products are good. If you are interested in buying some fresh vegetables, call or text Angie at (936) 355-4100, and she will tell you what she has available right now and will deliver to you upon request. (Tell her Julia sent you.)

Last week I reported on Vacation Bible Schools that will take place in June and July and I will keep reminding you of their schedules as they occur. The first one is Calvary Baptist Church running June 13-17 from 6-8:30 p.m. for pre-k through fifth grades. Registration this week will be over on Wednesday, but late registration will be available on Monday, June 13, at 5 p.m. at the church. Call (936) 594-3611 for more information and details.

Every week I report on news items around town and do not have any trouble supporting fundraisers, children, churches, or other groups, but sometimes I get upset when I learn of abuse to our elderly people.

Right here in Trinity when neighbors feel they cannot change the situation, because they feel they are invading someone’s privacy, sometimes we are stupid and should re-evaluate the situation.

Dr. Arthur T. “Tom” Blackstock was found living in dire need of care and financial help by a concerned resident of Trinity on Lake Geneva Street. He was living in his rundown home, worth half a million dollars, with no water or propane gas.

Thank God for meal delivery or he may have been dead before Jan. 1, when he was placed in Trinity Rehabilitation Health Care Center for COVID-19.
Because of Marilyn Barnes, on June 4 Dr. Tom Blackstone was presented his 60-year-old Masonic membership pin for active service in the Holland Masonic Lodge No. 1 in Houston. He became a member in 1956.

On Sunday, June 26, from 1-4 p.m., Marilyn and VFW Post 6899 of Trinity, located at 400 Caroline St., are sponsoring a fundraiser for Dr. Tom Blackstock to help with his finances to stay at Trinity Rehabilitation Center.

The fundraiser starts at the VFW Hall with a $10 barbecue plate dinner which includes a dessert, drink and a raffle ticket. There will also be a silent auction, a bake sale and a 50/50 raffle. Please come support a local resident, abandoned but not forgotten. For more information, please call Marilyn Barnes at (281) 782-2309.

Don’t forget June 14 is Flag Day. This is the date that President Woodrow Wilson unofficially declared the day as the National Date to fly the American flag. It is still not a federal holiday.

“The Star-Spangled Banner” was declared the National Anthem by President Wilson in 1931. There were many changes to the American Flag in the beginning, but it has remained the same since 1959 when the stars for the last two states, Alaska and Hawaii, were added.

The State Convention for the VFW organization takes place June 15-19 at Durant, Okla. I am a little jealous because they have a wonderful casino there. At press time, I do not know the outcome of the Wall of Honor Veterans’ and the Post 6899 of Trinity’s Fish Fry last weekend, but it looked very busy when I passed by on that day. More on that later.

Applications for the 73rd Trinity Community Fair will be going out soon, so remember first mailed back, first requests honored. Inside booths are the most desired for us old people, but outside booths are good too.

Booth spaces are still the same this year at $75 for each space for two days. The 2022 fair theme is “American Flair at the Fair.” Their flyer is awesome. See the website for details.

The flyer for the second annual City BBQ Cook-Off for the Fourth of July weekend is out now, so call Steve Jones for details at (936) 594-2507.

See you around town.