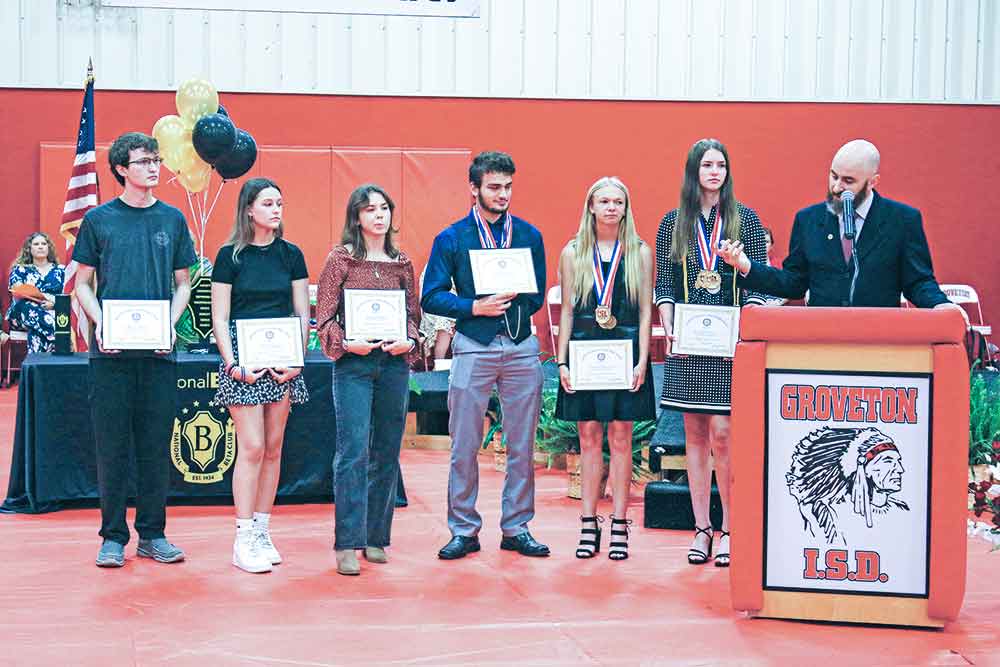 The Literary Criticism team were honored at the annual ceremony at Groveton High School. Photo by Tony Farkas

GROVETON — The Groveton Literary Criticism Team took first place this year at the UIL competition held in early May.

Coach Jeremy Gentry said the team studies literary history of English and American authors, literary movements and anything you would learn in a college-level literature class.

The combined effort launched the team into the state championship.

Gentry said the team remained undefeated through every level of contests, which consists of a multiple-choice test with 65 questions in four parts.

Kassie, a fan of William Shakespeare, said that throughout this year’s events, they were given three books — “MacBeth,” “The Great Gatsby” and “Sonnets from the Portuguese.” Aside from answering questions, the team also had to analyze poetry for the literary devices that were used.

Rebecca said her favorite authors are Kurt Vonnegut and Joseph Conrad, which help her not only win second place two years running, but she was the lone Groveton student that participated in the 2021 state meet.

In chorus, though, the team all said being state champions felt great.