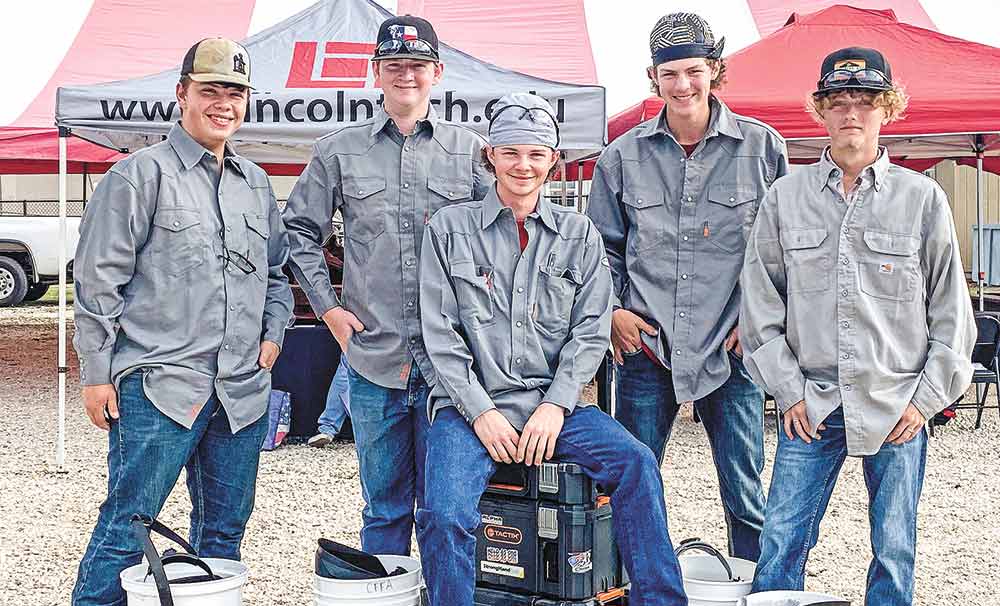 Centerville fielded five students for the event, which is part of the Texas High School Welding Series.

Students perform basic welding, cutting, underwater welding and Safety/Tool identification, and are ranked for skill and for certification.

Thorne came home with his Level 2 Certification along with an additional $1,500 in scholarships. Travis will be graduating in May.