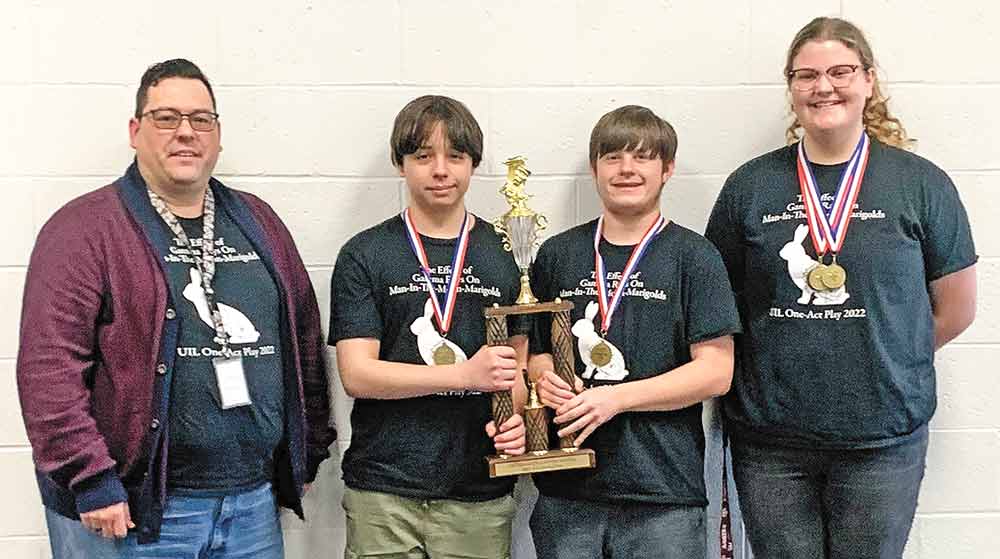 Trinity’s One-Act play troupe won a bi-district championship recently and were recognized by the Trinity ISD School Board. Pictured are One Act Play Director David Young and three of the 11 students — Johnathan, John Carlson and Andi Hickman.

TRINITY — The T rinity School Board approved renewals for all administrators at its regular meeting on March 28.

All contracts were granted a 1-year extension, added on to the existing contracts, meaning they will expire in 2023.

• approved a fixed-rate transportation fuel costs contract at $2.68 for unleaded and $2.81 for diesel;

• approved a contract with Interquest Detection for dog-sniffing services at 10 ½ days for $300 per visit;

• approved a contract with Texas Association of School Boards for risk management; and

• moved the April board meeting to April 19 . 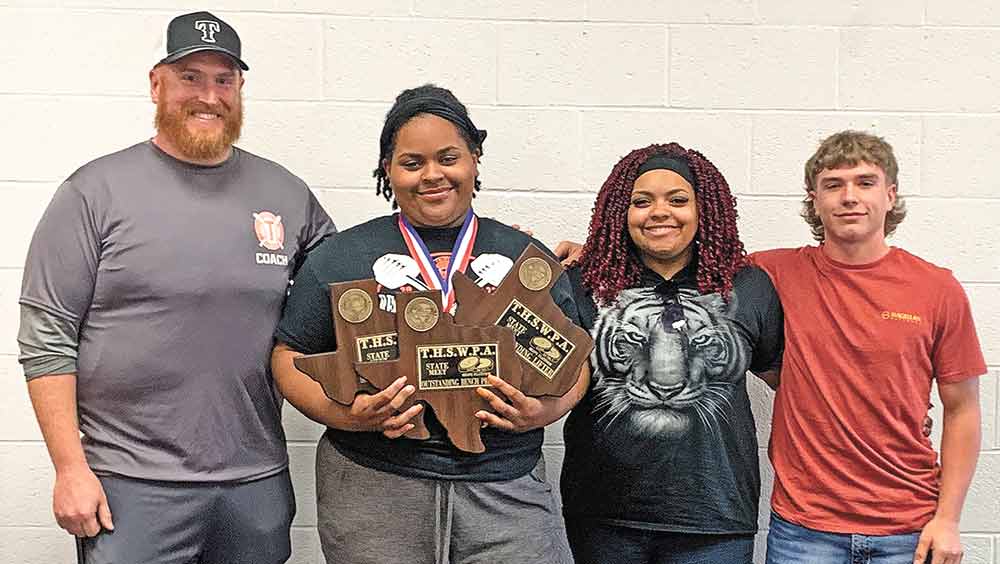