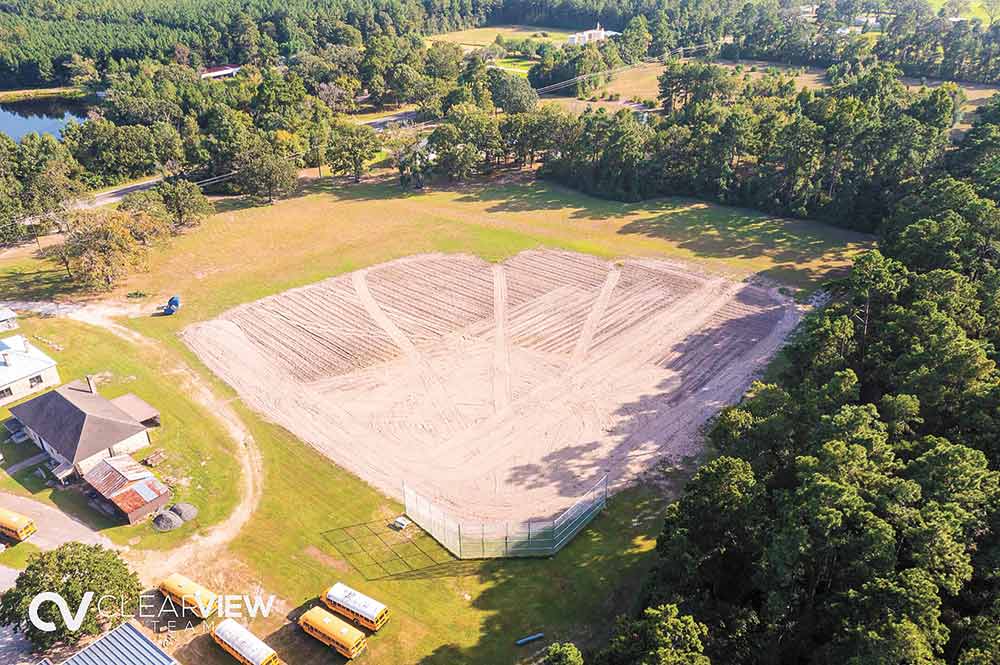 An overview of the new field for Centerville ISD. (Below) Dugouts under construction. Courtesy photo

CENTERVILLE — The High School built it, so now they’ll come — to home baseball games, something that the Bulldogs haven’t had for 24 years.

Superintendent Mark Brown said the district is putting the finishing touches on a new baseball diamond, complete with dugouts, fences, and a professional, manicured field. Up until now, the only home games were in the Bulldog gym during basketball season.

“It’s been 1998 since there’s been a home game for baseball,” Brown said. “Four years ago, we started playing outlaw, and only had a backstop to use as practice field.”

The baseball program continued to grow, and with the numbers the Bulldogs were showing, Brown said the district wanted to get back into UIL, have better organized practices and play home games.

“We built backstop 3 years ago, and started on dirt work last year, leveling the field with the help of Prime Acres out of Woodville, who donated the bulldozer and labor,” Brown said. “We started on the fence early in the fall of 2021, and started on dugouts after first of this year.”

Since the district has made good use of donations, including labor, the cost of the new field hovers around $55,000.

“There’s still things to be done; we can’t get bleachers in on time because of supply chain issues,” he said.

Plans are to hold first district ball game at Centerville on April 1.