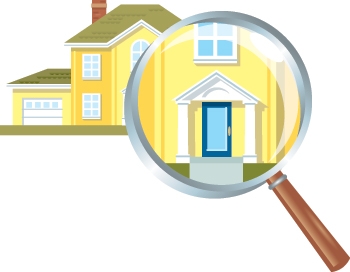 GROVETON — The city of Groveton has opted to take more time to study implementing building codes for residential and commercial buildings within the city, as well as enforcing any new rules.

At its regular meeting on Dec. 20, the council discussed the possibility of new rules, but concerns about the scope of the rules, as well as how the ordinances were to be approved, led to the items being tabled.

Council Member Autumn Dial said her chief concern was that the city was setting building standards, but yet does not have any zoning ordinances.

“If we’re not zoned, how can we differentiate between homes and businesses?” she asked. “That concerns me. I want to make sure that’s not a problem.”

Additionally, Dial said that some of the fines for infractions are pretty high, and there are no provisions as to how the rules are to be enforced. She also said that most people won’t know or want to get permits for construction or remodeling, and that the ordinances list the infractions as criminal, but there have been no amendments to the city’s criminal ordinances.

Dial said that recently she had to replace a water heater, which she did by herself; when she read the proposed ordinances, though, it was clear that she would have been in violation because she would not have gotten a permit, not had it done by a licensed plumber and subsequently inspected.

Mayor Tommy Walton said the codes are based on ordinances from Conroe and Willis and were presented based on the council’s request to improve the looks of the city.

Council Member Joe Don Kennedy said that the was going from zero to 100 real quick, but the city needs to put something like this in place and see what “aggravation” they get within a year’s time.

Walton said that people will be asked to comply, but real enforcement won’t begin until around the middle of summer and the city will use some judgment in its enforcement. However, certain things like replacing gas water heaters were included because of the danger of house fires if done improperly.

In a separate matter, the council approved raising the rates for both garbage collection and water service.

Sonny Hubbard of Pineywoods Sanitation said that the business has been hit with rising costs over the last year, both in the cost of replacement parts as well as the fees it pays to area landfills.

“We don’t want to go up on anyone, but it’s become a matter of staying in business,” he said.

The amount of the increase will come to about 60 cents per month per household, Hubbard said.

City Accountant Jack Pashtag said that costs of service and maintenance of the city’s water system were also on the rise and sought an increase in the water bills.

This comes on the heels of an increase that was granted in September.

Pashtag said the city’s debt service on the work it has done on the system increased more than expected, and that more funds were needed to keep things solvent.

Customers will see an increase of 6 percent, which amounts to $3 per average bill. It will become effective on the next bills.

•reapproved council compensation, which provides paid water for council members, and a $500 monthly stipend for Walton;

•approved paying the $5,500 monthly bill to Inframark for water and sewer service; and