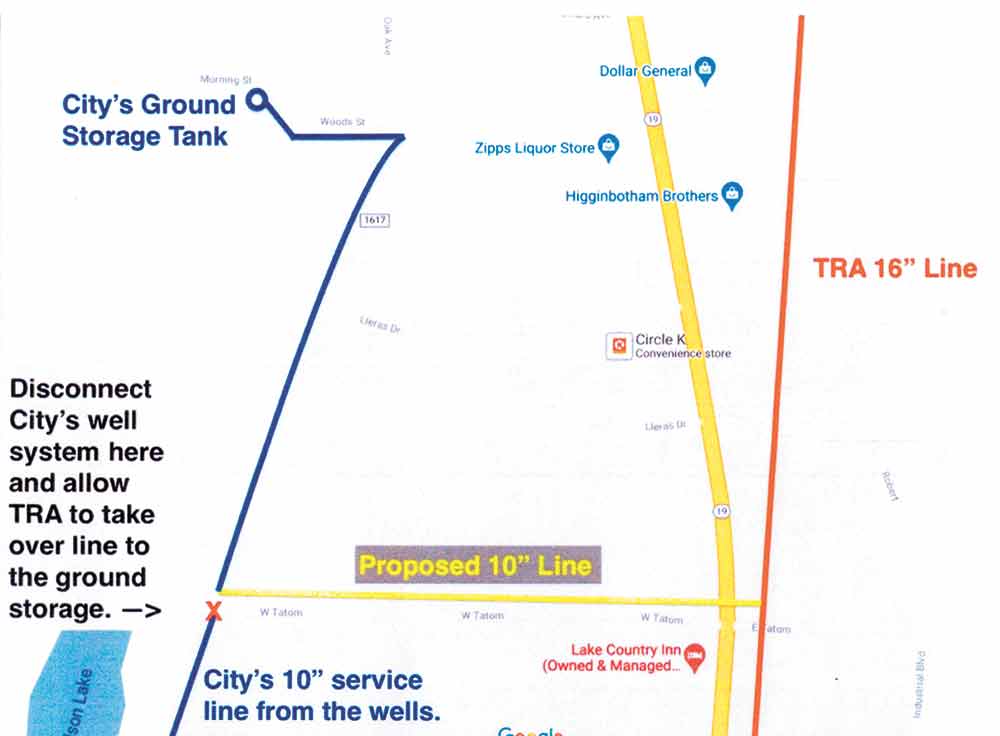 TRINITY — The Trinity City Council hopes to use emergency funding rules to cure its ongoing problem with water quality.

At a special meeting on Thursday, the council approved an emergency expenditure to connect the city’s two water sources to eliminate quality and service problems.

Mayor Wayne Huffman said that the cost of the work will be taken from COVID grants the city recently received.

Those grants can be used for infrastructure, Huffman said, and should cover 100 percent of the cost.

Steven Jones said that the city had planned to connect the city’s two water sources — the three wells the city has and the water provided by the Trinity River Authority — especially after the winter storm in February left the city without water.

He said that TRA has a water line that runs the length of Highway 19 through Trinity, and the city will connect a line to that, run it down Tatom Street under Highway 19, and then tap it into the city’s line from its wells.

The city line feeds a ground storage tank, and by doing this, the entire city will be delivered water from the TRA line, Jones said.