GROVETON — The county is taking the first steps toward possibly building a new jail.

At its regular meeting on Sept. 28, the Trinity County Commissioners’ Court approved a committee to do research and bring recommendations back to the court regarding the jail. The panel consists of four people from public — one from each County Precinct — as well as the District and County attorneys, Sheriff Woody Wallace, and two members of the court.

Sam Shanafelt, Ricky Hortman, Julie Merchant and Don Hamilton will serve on the committee, and the court members nominated were Neal Smith and Steven Truss.

County Judge Doug Page said the county has spent $400,000 this year to house inmates out of county.

GROVETON — The Groveton City Council approved a modest increase in water rates at its regular meeting on Sept. 27.

City Accountant Jack Pashtag had petitioned the council for a 10 percent increase in water and sewer rates, saying the city has not had a rate increase in years, which was creating a funding problem for maintaining the city systems.

After some discussion, the council approved a 6 percent increase, but left room for another increase if after a few months the city needed more.

In a related matter, Walton presented information on converting the city systems to electronic water meters.

“Our old meters are not accurate and we have performed studies on a sampling of meters and realize that we have at least a 17 percent loss on the old meters under-reading,” he said. “The new meters will be more accurate and can even be monitored by apps on customer cell phones so they can get warnings if leaks are detected.”

Walton said other cities have installed the metering system, and he feels it is the way the city should go.

“It is not cheap but it should almost pay for itself in savings,” he said. “We are doing our due diligence before moving forward.”

The city also approved disclosure policies and procedures regarding the refinancing of the 2009 bonds. The city refinanced the bonds with a better interest rate, which save the city around $465,000 over the life of the bonds. 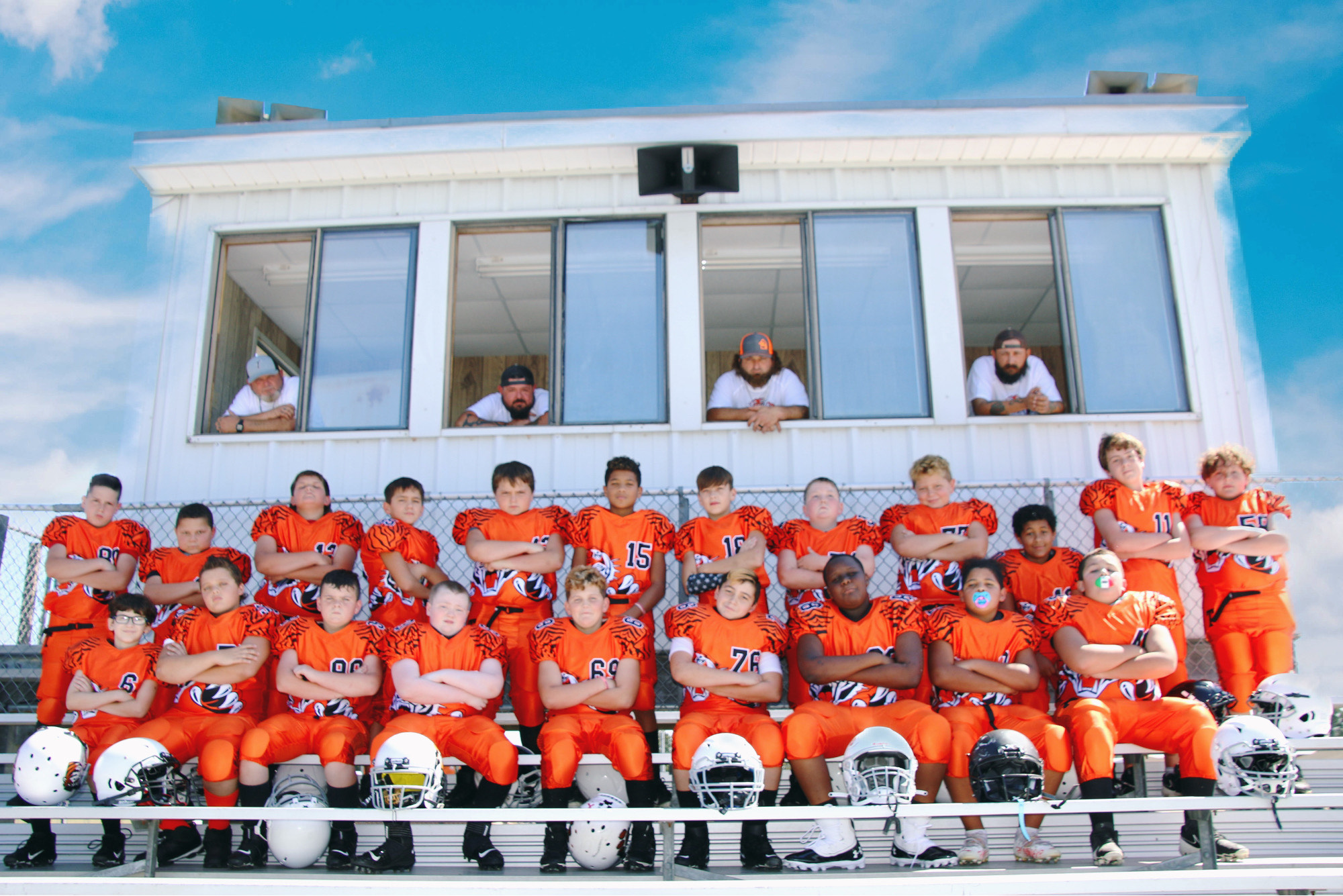 The Trinity Youth Football team has its first game of the season on Oct. 2. Freshman, Junior Varsity and Varsity games start at 9 a.m. at Trinity High School. Courtesy photo 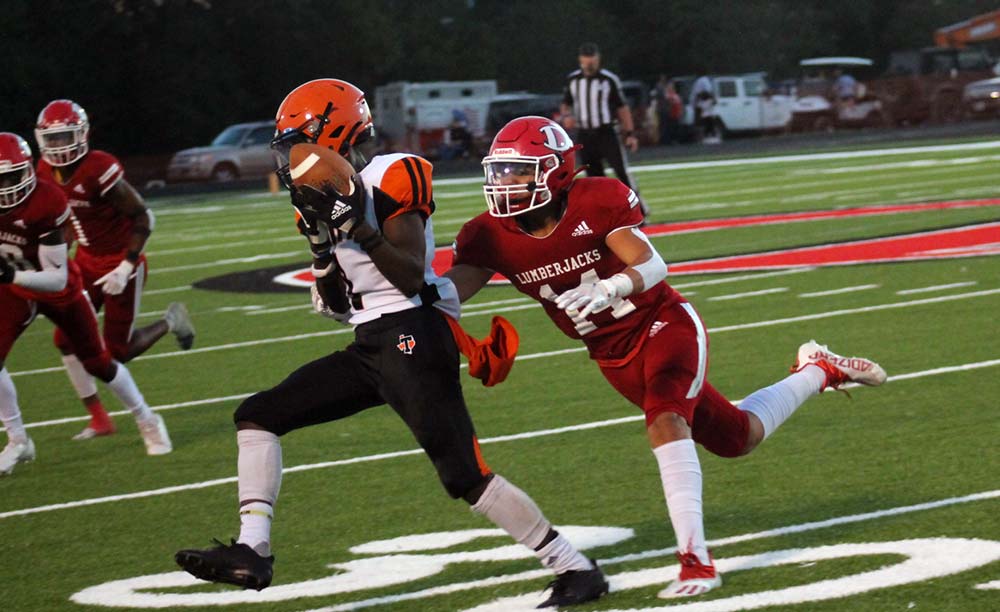 DIBOLL — The Tigers were unable to sustain any scoring drives and dropped the district opener 49-8.

The Tigers faced the 2020 defending District Champion Lumberjacks on Friday.

The Tigers received the opening kickoff and were unable to move the ball and were forced to punt. The Lumberjacks first possession resulted in a 72-yard scoring drive, and with the Tigers blocking the extra point kick, Trinity trailed 6-0 with 5:15 left in the first quarter.

The Tigers were able to move the ball on their next drive, starting at their own 23-yard line, and a mix of passing and running put the Tigers in position to reach the end zone. On third & 10 from the Lumberjack 12-yard line, Cole Caldwell was able to complete a pass  to Terius Maxie for a touchdown. The Tigers took the lead on a pass from Andrew Crabtree to Caldwell for a successful 2-point try and an 8-6 lead early in the second quarter.

The Tiger defense was able to force a punt, but an intercepted Tiger pass for a score gave the lead back to the Lumberjacks. The Tigers were unable to get their offense back on track and the Lumberjack offense was able to put three more touchdowns on the scoreboard before halftime and took a 35-8 lead into the locker room at halftime.

Trinity was able to hold the Lumberjacks to two scores in the second half but couldn’t generate any offense of its own.

The Tigers will be back at Tiger Stadium Friday Night as they host the Coldspring-Oakhurst Trojans. The Tigers will face many distractions throughout the week as the Trinity Community Fair will be held on Friday and Saturday, but the coaching staff has been stressing the need to stay focused on the game on Friday night and enjoy the festivities on Saturday. Kick-off will be at 7 p.m. 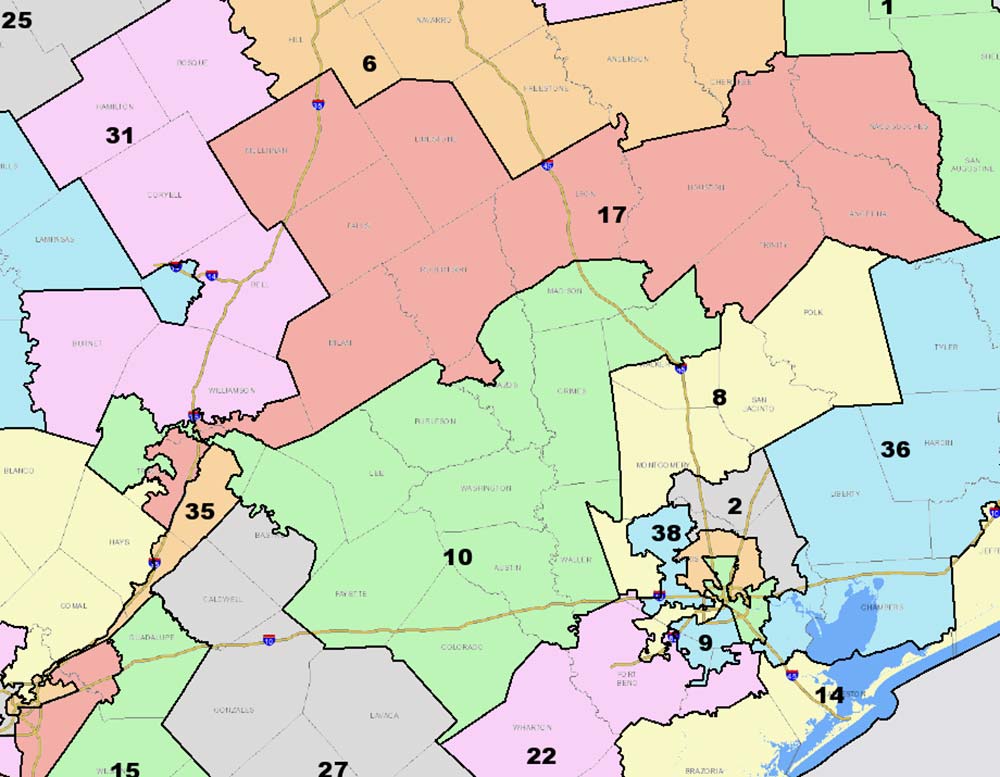 AUSTIN — A plan being considered by the Texas Legislature for redistricting U.S. Congressional Districts could mean a different representative for Trinity County.

Other notable area changes include part of Walker County, as well as Madison and Grimes counties, will move into District 10. According to documents from the Texas Legislative Council, congressional districts have been apportioned by a population count of 766,987 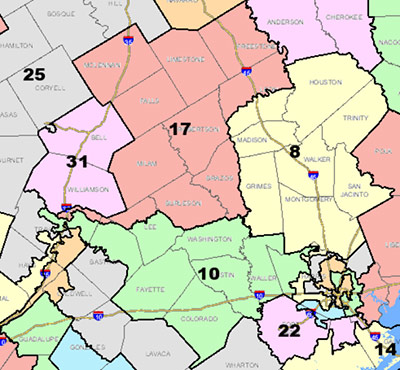 While District 17 picked up more of East Texas, it lost ground in the west, which was assumed by District 10. District 8 ceded several counties to both 10 and 17.

Part of the reason the Texas Legislature is in its third special session is to deal with redistricting; as of now, no plan has been approved.