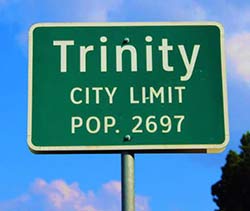 TRINITY — The Trinity City Council approved a budget that includes a 5 percent raise for employees, but not without pushback from council members.

State accountant and City Council Member Clegg DeWalt said he looked over both versions of the budget, but budgets do not guarantee the availability of funds.

He in particular questioned a “$120,000 hole in our bucket” regarding income from selling water to other county entities.

“If we pass this budget with pay raises, and the money doesn’t materialize, what will we do to cover those pay raises?” he asked.

Council Member Bubba Smith said the city will end up going into debt. He also said that a blanket raise of 5 percent did not seem fair.

Smith said there needed to be an evaluation process that would determine raises, and that the council should be able to see employee evaluations on a monthly basis.

Smith also pointed out that since the city has reserved 100 percent of the water supplied by the Trinity River Authority, it was an extra $9,000 per month of expense to Trinity.

“We can’t just keep on the way we’re going, we have to figure this out,” he said. “I want the record to show that we’re going to come in here and loot the budget. That’s great, but next year, I’d like to see evaluations of our employees.”

Both Smith and Mayor Pro Tem Billy Goodin voted against approving the budget.

Following the meeting, Huffman and audience members held a heated conversation regarding the use and administration of grants.