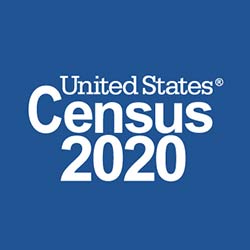 WASHINGTON, D.C. — While some agencies claim that 2020 Census figures are skewed toward larger population centers, the estimates available for Trinity County show an estimated gain of 298.

However, Lonnie Hunt, executive director of Deep East Texas Council of Governments, said at a recent meeting that according to his figures, rural counties in the DETCOG area, with few exceptions, are expected to take a dip, some as much 15 ½ percent.

For instance, his figures show that Trinity County population will drop my almost 1,000.

Trinity County Judge Doug Page said he does not believe Census figures are accurate based on building activity within the county over the last few years.

“The way the Census was done this cycle concerned me that we may get bad numbers,” he said. “This will be an impact to projects for the county moving forward as lots of grant applications are based on population.”

Hunt said during his comments at the meeting that the Census was flawed in that there were not enough workers and there was little to no follow-through on mailed forms. The upshot of that is if the numbers hold, rural counties could lose funding and even legislative representation.

Page agreed, saying the Census Bureau needs to take a good look at its procedures for the future.

The final Census figures are not due to be released until 2022, according to information on census.gov.