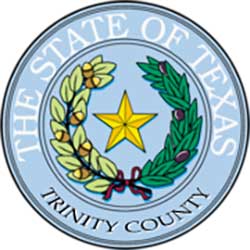 GROVETON — Trinity County Sheriff Woody Wallace told the Commissioners’ Court that unless something is done, there will be a population problem at the county jail.

At a budget workshop during the regular Commissioners’ Court meeting on Aug. 10, Wallace said there were two areas of his budget that needed additional funding — the jail and vehicles.

Wallace said that even though the office contracted with Enterprise Fleet earlier this year, all vehicles are on back-order, and he believes the county should put in additional funds for purchases — at least $125,000 — even if they continue with the lease program.

Currently, the fleet of Sheriff’s Office vehicles are averaging 200,000 to more than 300,000 miles driven, he said, and they need 10 patrol vehicles and two transport vans.

Wallace also said that all of the jails this county contracts with to house prisoners has informed him that they cannot take any more. Also, most counties are looking to increase their per day jail fees, some up to $75 per day.

Wallace said that years ago, he mentioned that the county will need to build a jail, but was told to wait until the funds for courthouse renovations were repaid. That was done this year, he said.

“If we’re going to operate the little jail we have, we need repairs; everything about it is old,” he said.

Wallace said he had no solutions, and was looking for guidance.

Separately, the county tabled two items pertaining to the FY 2021-22 budget: approval of the property list from the County Appraisal District, and approval of a new salary schedule, which Commissioner Neal Smith, who was chairing the meeting in County Judge Doug Page’s absence, said needed some tweaking before approval.