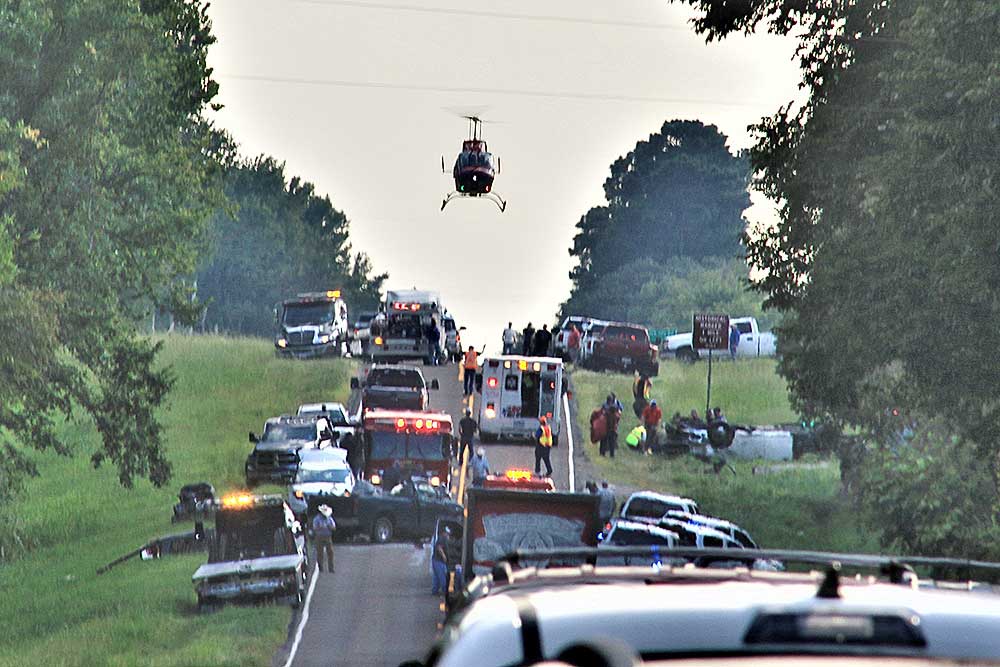 TRINITY — One person died and one injured as law enforcement officials on Tuesday worked to investigate three separate vehicle accidents in Trinity County.

James Golden, 75, of Trinity, died as the result of a two-vehicle crash on State Highway 94 about 2 1/2 miles east of Trinity.

According to DPS reports, a 2000 Ford pickup was traveling eastbound on 94 collided with a 2021 Dodge pickup, which was traveling westbound, at about 5 p.m.

Golden, the driver of the Ford, reportedly drove off the roadway to the right, overcorrected back to the left and traveled into the westbound lane where it was struck by the Dodge.

Golden was transported to Huntsville Memorial Hospital where he was pronounced dead.

The driver of the Dodge is identified as Richard Herring, 31, of Conroe. Herring was transported to Conroe Regional Hospital for treatment.

Reports indicate a 2016 Kia SUV driven by Jennifer Slade, 51, of Groveton, was traveling northbound, while a 2004 GMC pickup pulling a trailer, driven by Daniel Leonard, 25, of Huntsville, was traveling southbound.

Leonard attempted to enter a local business parking lot and turned left when unsafe, and the Kia collided with the trailer.

Neither driver was injured in the crash.

At about 3:30 p.m. Tuesday, a 2001 Toyota pickup driven by Curtis White, 47, of Kennard, was traveling westbound, while a 2012 Dodge van driven by Jerrilyne Wathey, 71, of Glendale, Ariz., reportedly failed to yield right of way from a private drive and drove into the roadway, causing White to take evasive action to the right, where he drove off the roadway and struck a culvert.

White was not injured, reports indicate.

All accidents remain under investigation.