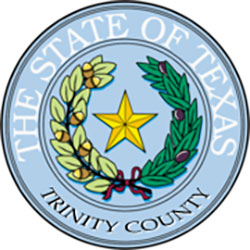 GROVETON — A request for pay raises for dispatchers and jailers by Sheriff Woody Wallace touched off an argument over timing and budgets.

At the July 27 meeting of the Trinity County Commissioners’ Court, Wallace had submitted requests for four employees, currently making between $9-$10 per hour, to be paid $14 per hour.

While initially against the raises, the county relented and approved a $12 per hour rate, but not before tempers flared.

“We’re taxing the people, we might as well pay our people better salaries,” Wallace said. “Is there any opposition to that, or do we want to defund the police by not funding them properly? Because that’s what we’re doing.”

Wallace said that neighboring counties are paying $14 per hour, and his employees are looking elsewhere.

However, the county had just commissioned a salary study, which was to be incorporated into the Fiscal Year 2021-22 budget, which becomes effective Oct. 1, two months away.

Commissioner Mike Loftin said he calculated that to begin paying these employees now as opposed to Oct. 1 would cost the county $5,331.

Wallace countered, saying that these employees are answering 911 calls, taking hundreds of calls a day while dealing with walk-ins, all in a stressful environment.

“I welcome anyone to come over and sit through a 12-hour shift and see if you would do it for $9 an hour,” he said.

Commissioner Steven Truss said that the new budget will take effect in October, but Wallace said he will lose several employees before then, and has no applicants for open positions now.

“They are starving to death; this is wrong,” Wallace said. “I don’t understand why we are against paying the females of this county a little money.”

Commissioner Tommy Park said that several months ago, the county denied a raise for a 30-plus-year employee, and if they were to approve raises now, they needed to approve that one as well; Loftin said that they would then have to provide raises for every county employee.

Commissioner Neal Smith said that someone in the Sheriff’s Office wasn’t paying attention to the people, citing a 2014 agreement made between the Sheriff and the Trinity Police Department to hire dispatchers at $10, made to stop employees from swapping jobs.

Wallace said that he’s not asking for the county to borrow money, but to have some compassion for its employees.

Smith also said that last year, the Sheriff’s Office was $159,000 over budget in the jail, and this year is tracking to be $100,000 over, and that Wallace should manage his department better. Wallace said that since he took office, the county no longer has to borrow funds to run the jail, and he’s just asking for a few thousand dollars to pay his people.

Since a new dispatcher was hired at $12, commissioners unanimously approved raises for other employees at the same rate.