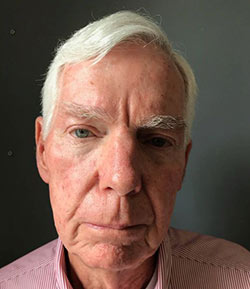 TRINITY — A Trinity County elected official was arrested Friday for an outstanding warrant.

County Treasurer Bob Dockens was arrested on a warrant for a Nov. 11, 2020, traffic citation that was issued in Corrigan.

The charge was for passing a stationary emergency vehicle.

Police reports indicate that Dockens did not show for a scheduled court date on the citation, and an arrest warrant was issued on May 18.

Sheriff Woody Wallace said his office was notified Friday morning, but since Dockens was attending a meeting of the Trinity County Commissioners’ Court, he was allowed to finish the meeting and then quietly left with officers for booking.

Wallace said that it was his understanding is that someone in Dockens family took care of the charges in Corrigan; the Sheriff’s Office was notified later Friday that Dockens could be released.