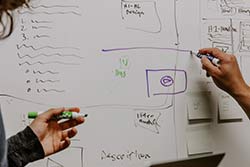 GROVETON — The Groveton City Council approved a pay range for its police chief, but it took prodding from Interim Police Chief Daniel Kee to get his pay adjusted to the new rate.

Mayor Tommy Walton suggested a rate of $18 per hour for a new hire, and then after a year of service the rate would be raised to $20.

Walton also said that the council intends to seek applications for another 30 days before making any decision on replacing John Raiford, who resigned in May. Additionally, the city plans to allow any new chief to fill the open position, leaving the city’s law enforcement at one full-time officer and reserves.

However, Interim Chief Daniel Kee asked about the rate he is being paid, which is not $18; he also said that his 10 years of working for the city should mean his pay should be raised to $20 per hour.

He also questioned why the city decided to extend its search without discussing it with him.

“I’ve been back there cleaning up the office, and no one asked me about another month,” Kee said. “There’s people working for the city making more than that and not getting shot at.”

After a back-and-forth discussion between Kee and Council Member Steve Casper on his tenure, the council approved raising Kee’s pay to $18 per hour.