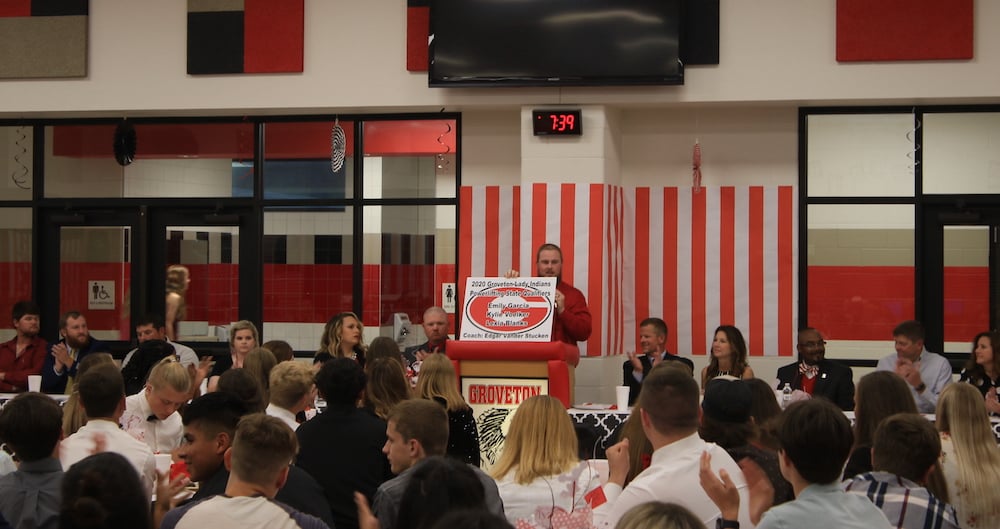 TONY FARKAS | TCNS Powerlifting Coach Mitchell Wheat displays a plaque to be placed with other school sports honors for the lifters who qualified for state.

These and more were celebrated at the Groveton ISD athletic banquet, held May 17 at the school.

Athletic Director Richard Steubing said the banquet was the first one in the five years he has been with the district, and the participants — coaches and players included — would be recognized.

The coaches all provided accolades to the students, saying that regardless of the wild ride the year was because of weather and COVID cancellations and quarantines, every player showed a competitive spirit worthy of the Groveton Indians.

Girls Basketball Coach Rogelyn Andrews said the first thing she thinks of when she thinks of her players is determination, since the team went “from the worst team in the district to the best team that Groveton has seen in years.”

Andrews told the students that grit and determination will follow them throughout their lives. 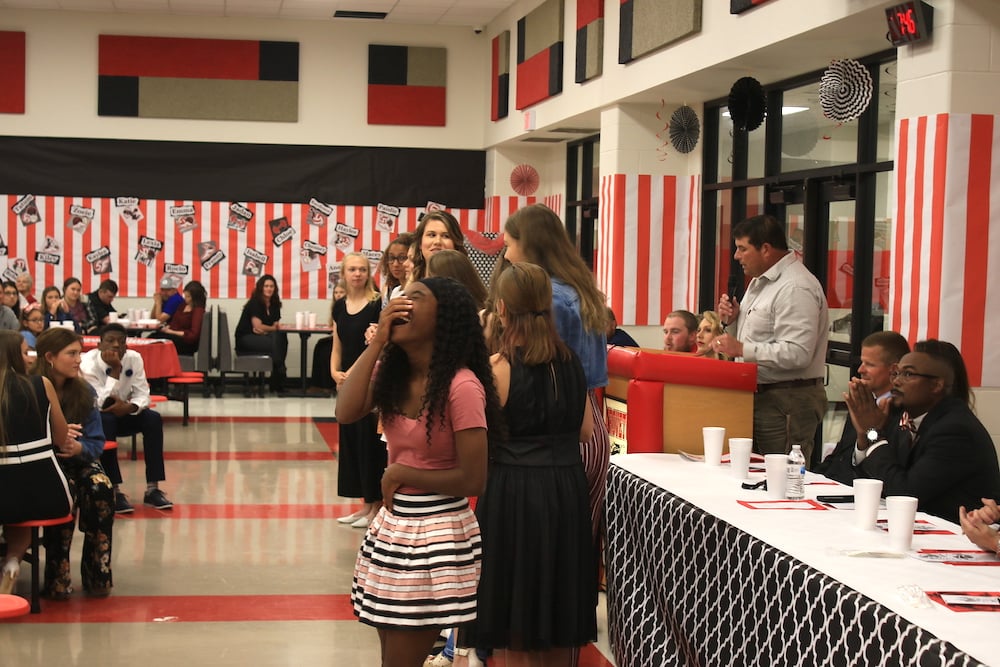 TONY FARKAS | TCNS The girls softball team giggle as they are introduced to the crowd by Coach Jim Dillard.

Girls Softball Coach Jim Dillard said that his team was the hallmark of overcoming adversity; Head Powerlifting Coach Jim Wheat said that while the pandemic and the weather made the season a challenge, the lifters were dominating, with all seniors qualifying for regional and four of them making the state meet.

Cross Country Coach Mary Lankford said that this year was a wild ride, but ended with eight girls participating in the state meet.

Lankford summed up the season for all sports by saying everyone made the most of the season. 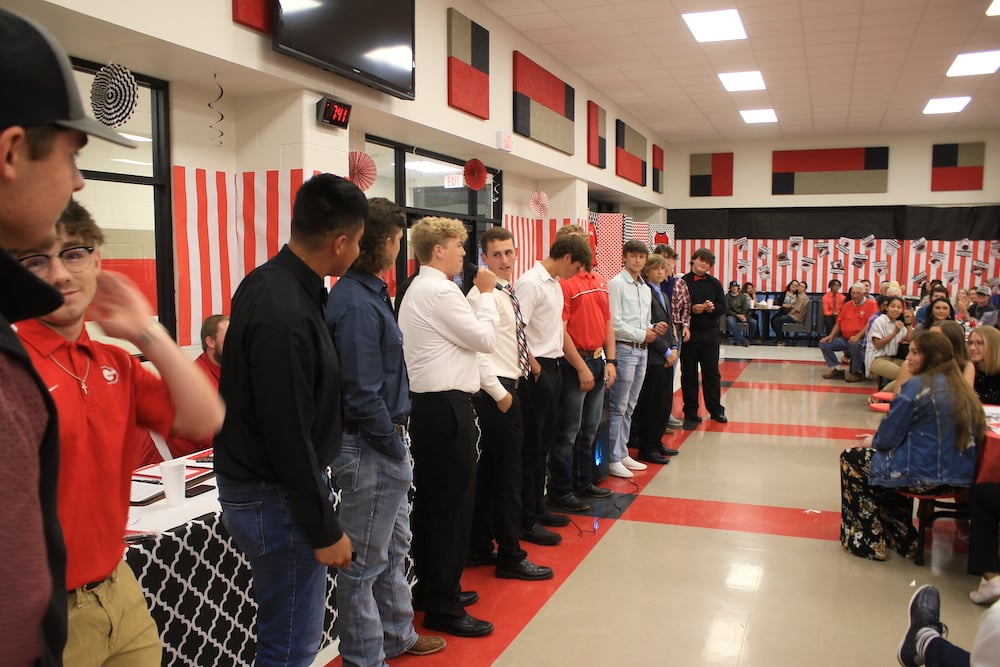 TONY FARKAS | TCNS The boys baseball team introduce themselves at the Groveton ISD athletic banquet, held on May 17.