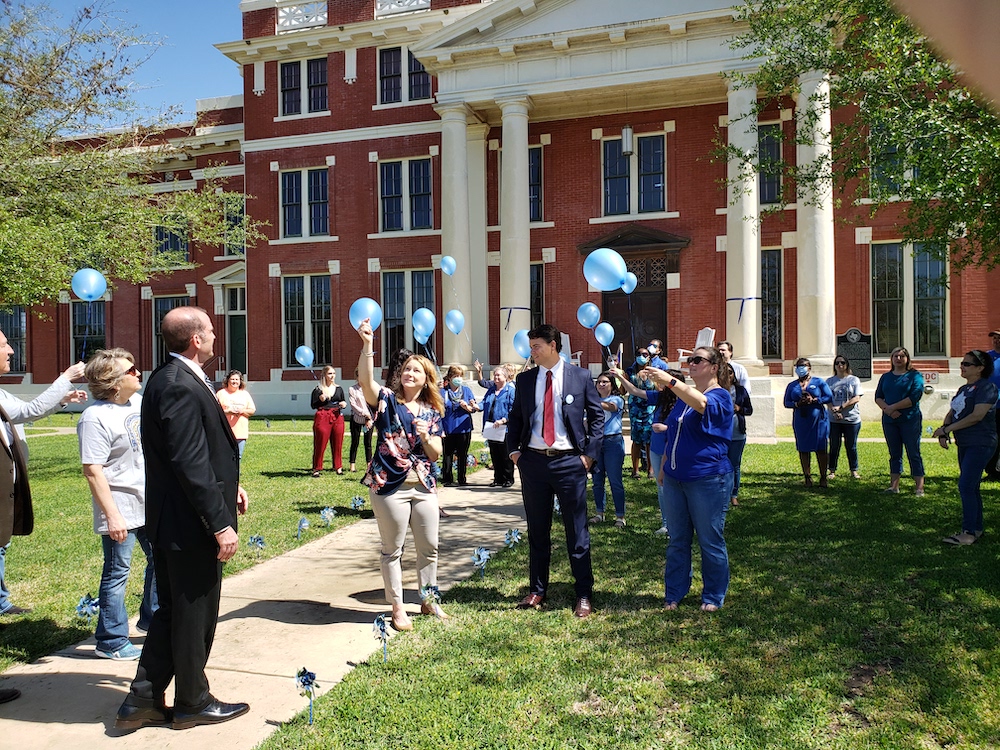 GROVETON — Children are the country’s most valuable resource, and deserve all the support and protection they can get.

Representatives from Kalin’s Center, the Groveton Police Department, the Trinity County Sheriff’s Office, CASA and numerous county officers marked the occasion on Thursday with information, a flag raising, and a balloon launch.

Kalin’s Center Executive Director Angela Cross said that across Houston and Trinity counties, there are more than 260 children in foster care for reasons dealing with sexual and physical abuse and neglectful supervision.

Cross said it takes a team to deal with child abuse.

“It starts with law enforcement, which usually gets the calls and do the investigations; Child Protective Services investigates, places children and does follow-up care,” she said. “The school usually make the initial reports, so thank a teacher.”

Team members also include Kalin’s Center, which works with all agencies to make sure no child falls through the cracks; therapists who work with the children to help them deal with the trauma; medical staff who take care of physical maladies; prosecutors and judges make decision and punish offenders; CASA sees children through the courts as their advocates; Child Welfare boards provide for the children in foster care; foster families who care for children; and the community for its support of all these agencies.

“We need to pray for our children,” she said. “It’s important for them in this day and time.”