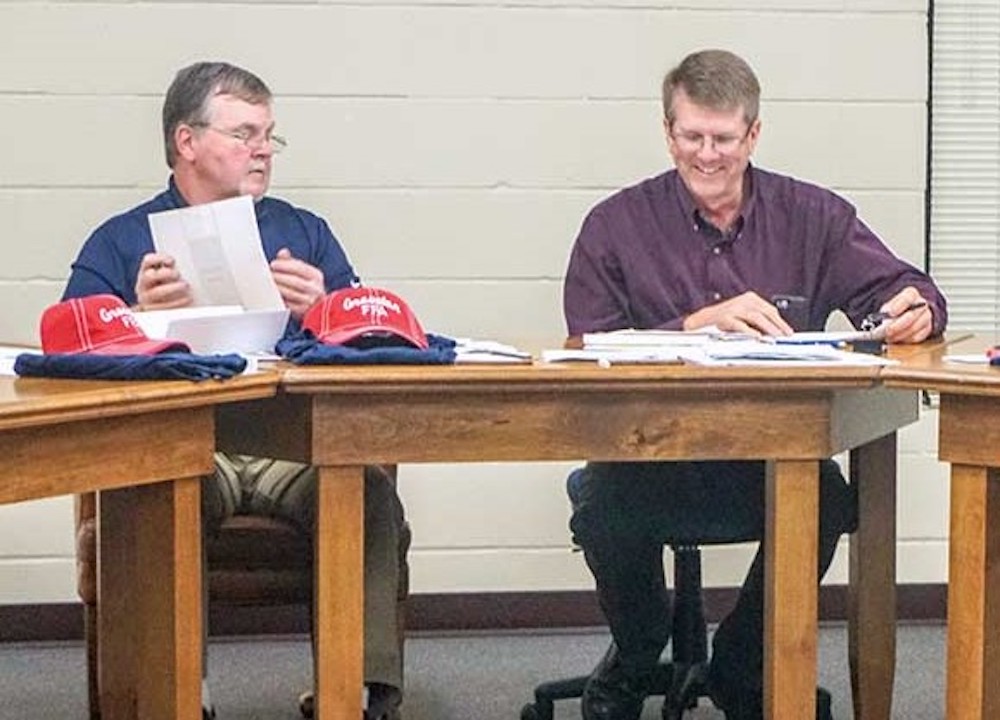 GROVETON — The Groveton ISD School Board settled on a finalist for the upcoming superintendent vacancy at a special meeting on Feb. 8.

Jim Dillard, who currently serves as the district’s assistant superintendent, will assume the top spot in September, after the retirement of current Superintendent Don Hamilton.

Board President Mark Folds said Hamilton had some challenges and tough calls, but he had the backbone to make them.

Folds cited the improvements to the baseball fields, the cafeteria and other items as proof of Hamilton’s dedication and service.

“We are pleased with his work,” Folds said.

Don Hamilton is retiring Aug. 31 after eight years as superintendent and 34 years as an educator, 31 of which were in the Groveton district.

“I told them 2 years ago (when my contract was renewed) that this would be my last year,” he said.

Hamilton said he was looking for a little time off, mostly to spend working on his ranch and spending time with grandsons.

“We have done a lot of construction on the facilities, and we were named one of the top schools in America by U.S. News and World Report,” Hamilton said of his accomplishments. “We’ve had FCCLA students who have advanced to nationals, and won, we’ve had ag students excel at Houston Rodeo and Livestock Show, and Beta Club has advanced to nationals several times.

“I hope I left the place better than when I got here,” he said.

Folds said that aside from Dillard being the lone finalist, he also was the lone applicant, but has the board’s full support.

Dillard has been in education since 2014, and started in the Groveton district as assistant principal for the junior/senior high school.