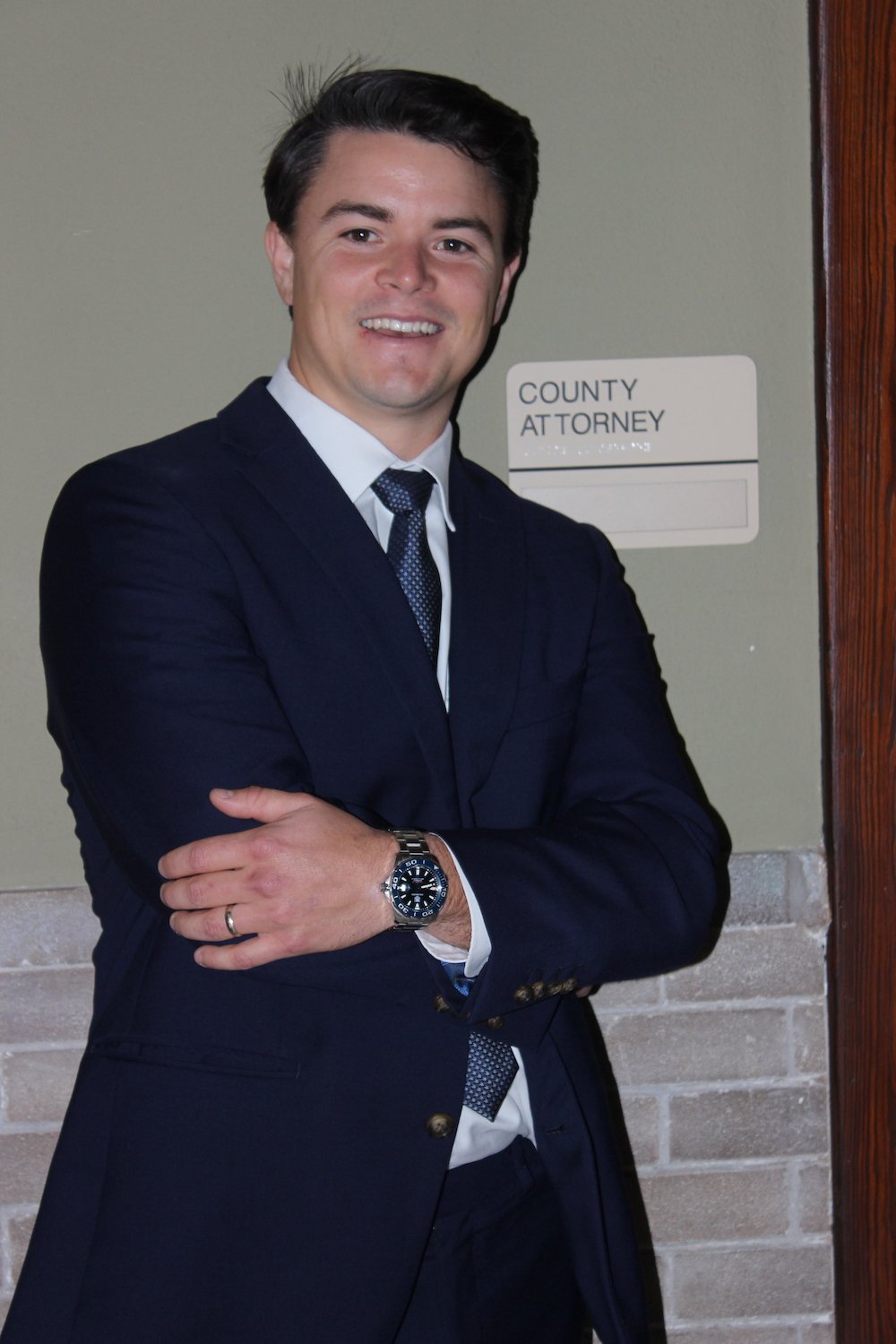 GROVETON — Colton Hay walked into the office at 8 a.m. on the first day to a ringing telephone and only him to answer it.

The newly minted County Attorney, elected in November to replace Joe Warner Bell, was being asked about creating a protective order. Hay said he had to call around that morning to find out what the protocol and procedures were.

“I started calling around, and Rana Wingo of the SAAFE House was able to help me out, and what I found reaching out to people is that no one really knew exactly what to do, where a protective order was supposed to start,” he said.

Hay went immediately to work, setting up meetings with Wingo, the Sheriff’s Office and the DA’s office, as well as other entities involved, and together created a step-by-step process — that was on the second day.

“That’s what I’m looking to do — update things, trying new things, something you can only do when you’re new and don’t really know exactly what to do,” Hay said. “(The new procedure) will be great for the victims, for everyone, and I don’t want to stop there, with protective orders and criminal cases, I want to keep going and bring that new insight to the office.”

“We’re looking to get new computers, and we, with the DA and the Sheriff, are looking into software that will connect all of us, to expedite things,” he said. “I want to get everyone communicating.”

Hay said he hopes to bring some youthful energy to the position. Having just got married, he said he wants to put down roots, and saw the election as a good opportunity to do that.

Hay graduated law school in 2017, and worked for an insurance defense firm for the nephew of Joe Ned Dean, who gave him some sage advice.

Hay also is a former clerk for the Trinity County District Attorney Bennie Schiro, and has worked in Anderson County for two years doing the essentially the same work as he is doing now. He said he brings experience and a fresh perspective to the position.