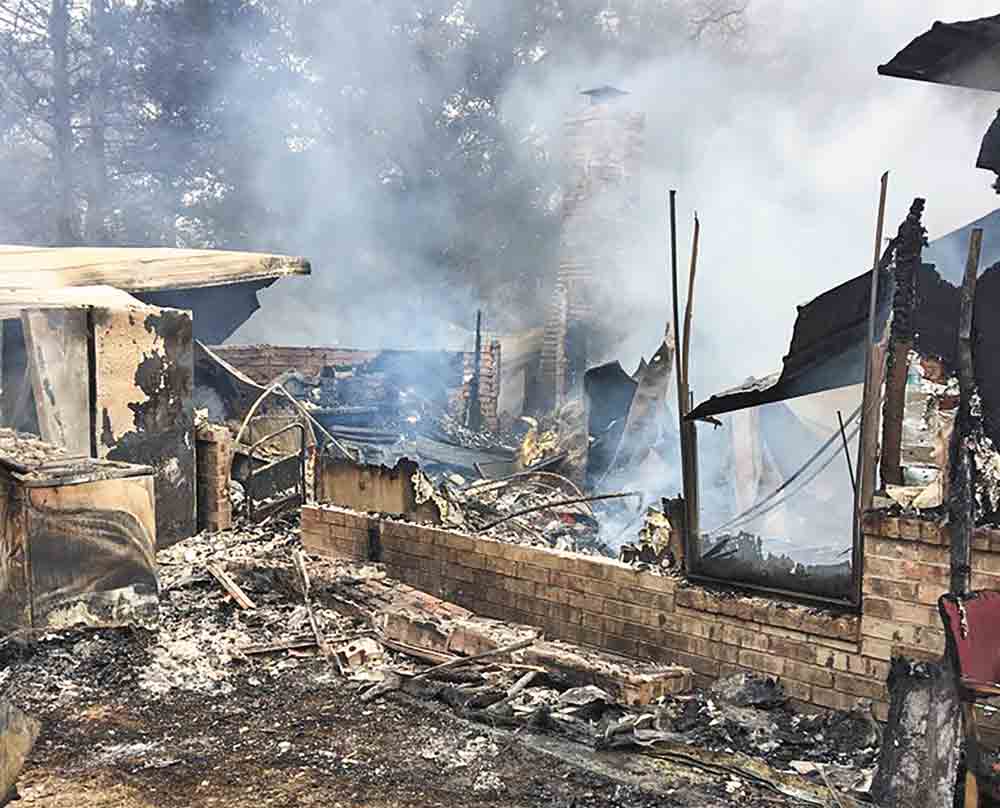 TRINITY — A home was fully destroyed and two pets were killed when a fire broke out in the afternoon of New Year’s Day.

When they arrived, the first units found the house engulfed in flames. The department responded with an engine and two tankers and a rescue truck, as well as 17 firefighters, he said.

Lovelady Fire Department responded with a tanker to assist with the water supply, and Ventura EMS was standing by to help firefighters, who were on scene for about 3 hours extinguishing the blaze.

Firefighters also responded to a small grass fire in Trinity Cove on Sportsman Drive at approximately 6:15 p.m. One brush truck and 11 firefighters extinguished the small fire.