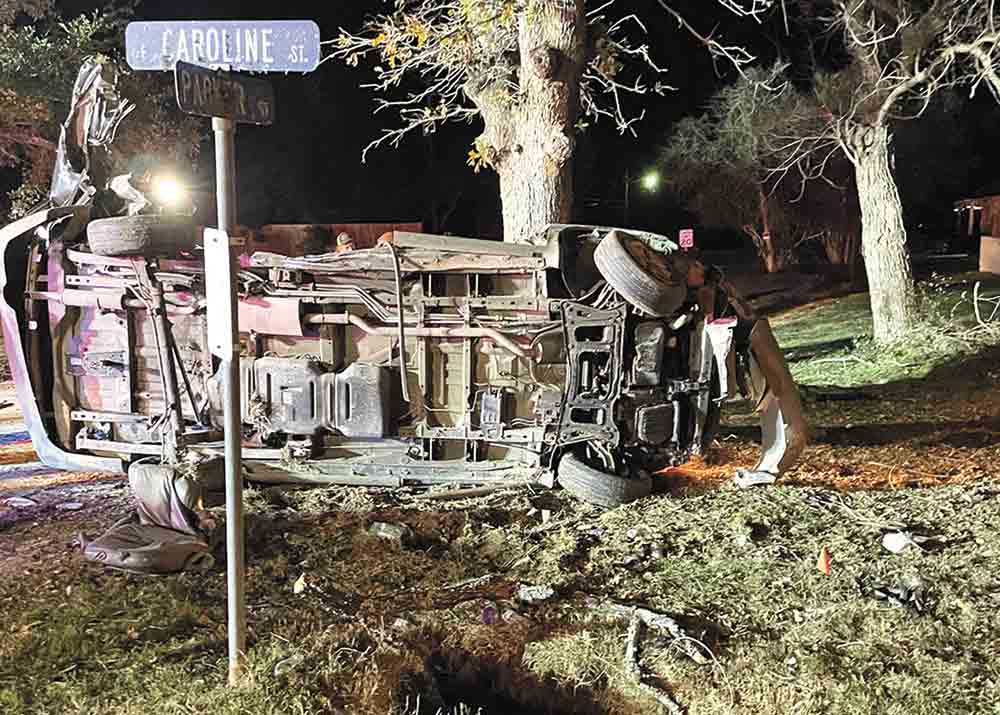 Two teens were killed in a one-vehicle crash that occurred in the early morning hours on Saturday. Courtesy photo

TRINITY — The Texas Department of Public Safety troopers are investigating a fatal crash on state Highway 94 in Trinity that occurred Saturday.

The preliminary investigation indicates that at approximately 4:06 a.m., a 1999 Dodge Caravan was traveling west on 94.

Reports indicate the driver was traveling at a speed which was unsafe when he attempted to negotiate a curve. This caused the vehicle to travel into the north ditch where it struck a tree and overturned.

The driver, 22-year-old Treyvaun Crawford of Trinity, was transported to HCA Houston Healthcare in Conroe for medical treatment and was listed in critical condition. His passengers, a 14-year-old and a 15-year-old who were not identified, were pronounced deceased on scene by a Justice of the Peace.

This is an ongoing investigation.