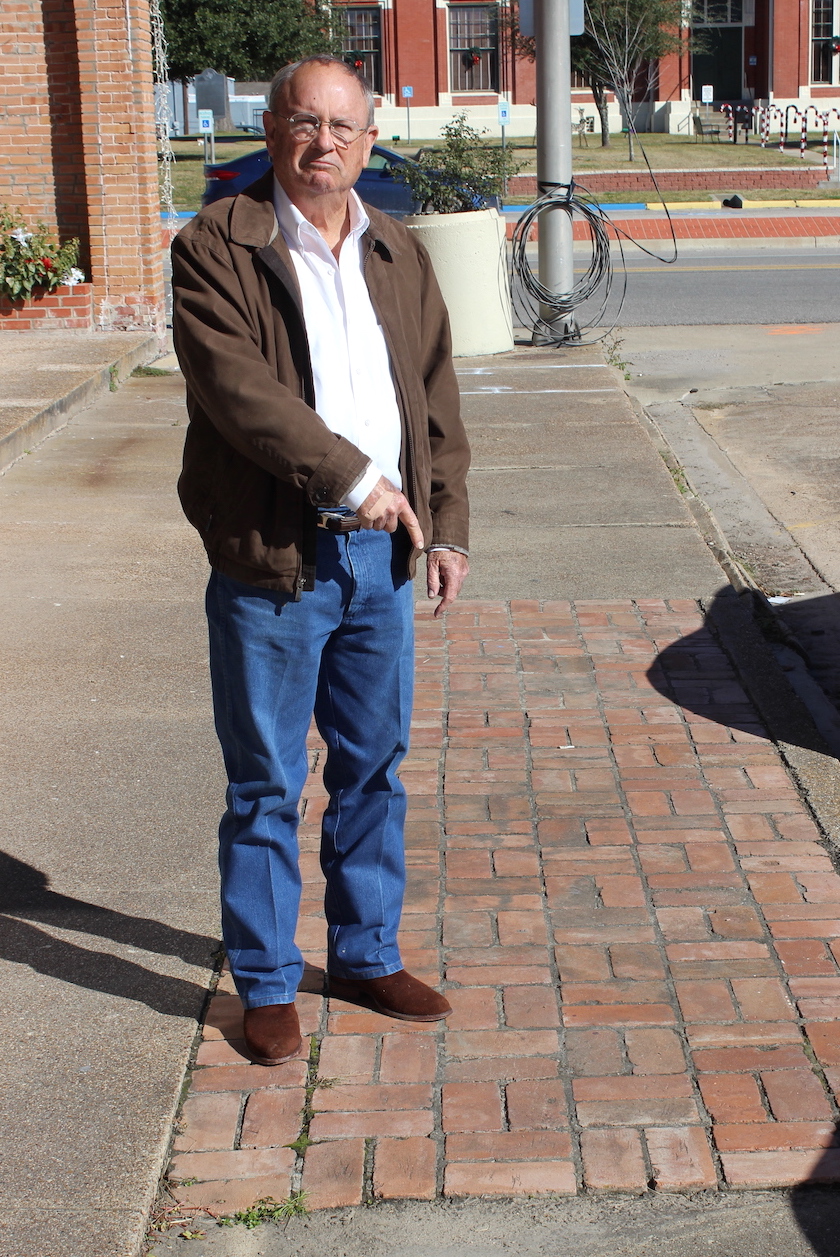 GROVETON — The project to renovate and replace downtown sidewalks is proceeding rapidly.

Mayor Byron Richards said that the project should be completed around the end of March.

“The’ve got quite a bit done, and should have not problem finishing on time,” he said.

Crews started on the east side of the Square, replacing sidewalks and adding handicapped access and railings; Richards said because of the season, and because there were retail outlets on the west side, work there would begin after the end of the year.

The west side of the street will be a two-tier setup when completed, and there will be 18 old-style lights placed around the area. Colored contoured cement will be added around the sidewalks for some style and contrast.

A new feature to be added will be personalized pavers, and room on both sides of the Square have been added. Richards said that orders have been sparse; however, the deadline is Feb. 28, 2021, and there are 450 spaces available.

With the renovations, “maybe we can get some more businesses to move to the Square,” Richards said. “After TxDOT redid the street, we get a lot of traffic, and we want to make the city impressive.”