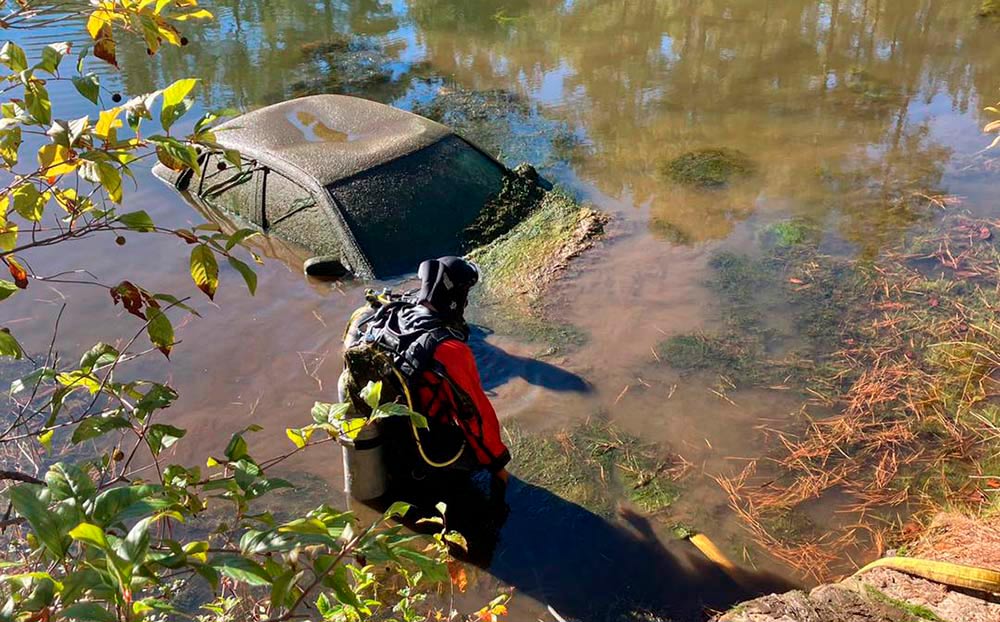 According to Trinity County Sheriff Woody Wallace, somewhere deep in the National Forest in Trinity County, sometime around 1996, a car was abandoned in the old Rock Hole Pond. After being spotted by a drone, TCSO was assisted by Texas DPS divers in retrieving the car. The car was last registered in Angelina County, and we were able to contact the owner, who said he reported it stolen in the late 1990s. We were a little nervous as what we find inside the car; however, we are glad to report that we didn’t find anything other than a child’s car seat, a few unopened cans of Budweiser beer and some catfish. If anyone has any information on who and why it was dumped here, contact the Sheriff’s Office at (936) 642-1424. Courtesy photos