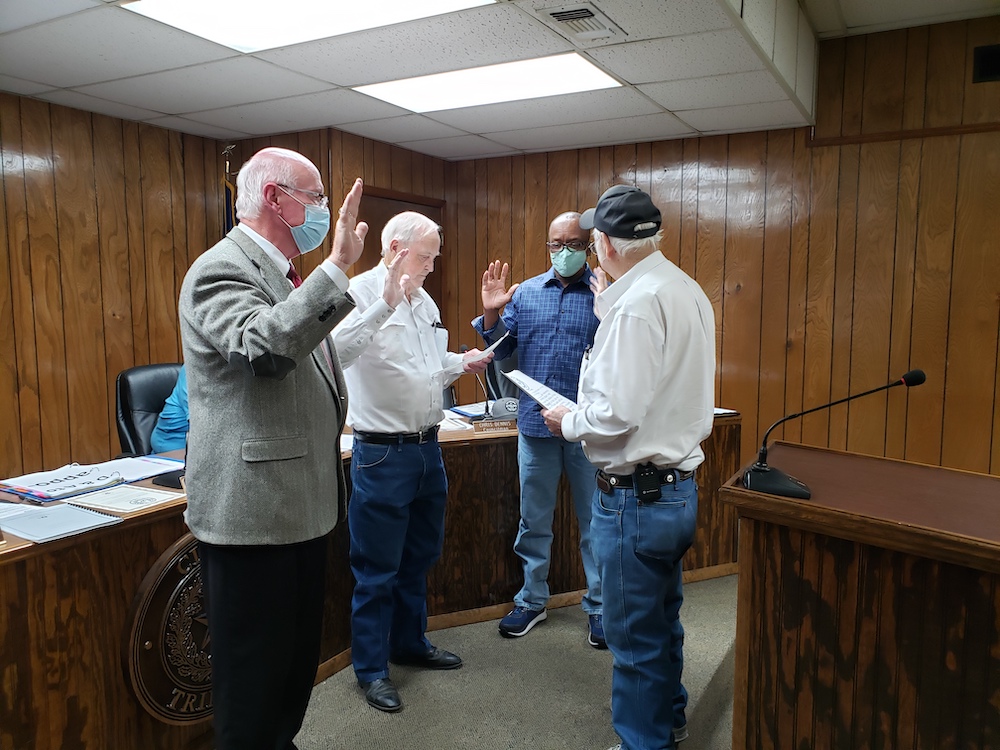 TONY FARKAS | TCNS Justice of the Peace Hayne Huffman (right) swears in (from left) Clegg DeWalt, Wayne Huffman and Chris Dennis at the Nov. 12 Trinity City Council meeting. The three were re-elected to their posts on Nov. 3.

TRINITY — Christmas came early to the Trinity City Council in the form of a $275,000 no-match grant that will help replace some aging infrastructure.

At its regular meeting on Nov. 12, the city discussed a grant that Police Chief Steven Jones said was initially denied.

“Council Member Bubba Smith and I were in Lufkin to discuss it, and we were told that we did not get the grant,” Jones said. “… I got a call out of nowhere recently that said we did get the grant, and we have a confirmation email.”

Engineers will now begin work on replacing a sewer line that runs between Trinity Memorial Hospital and Rockdale Street. He also said it has zero match.