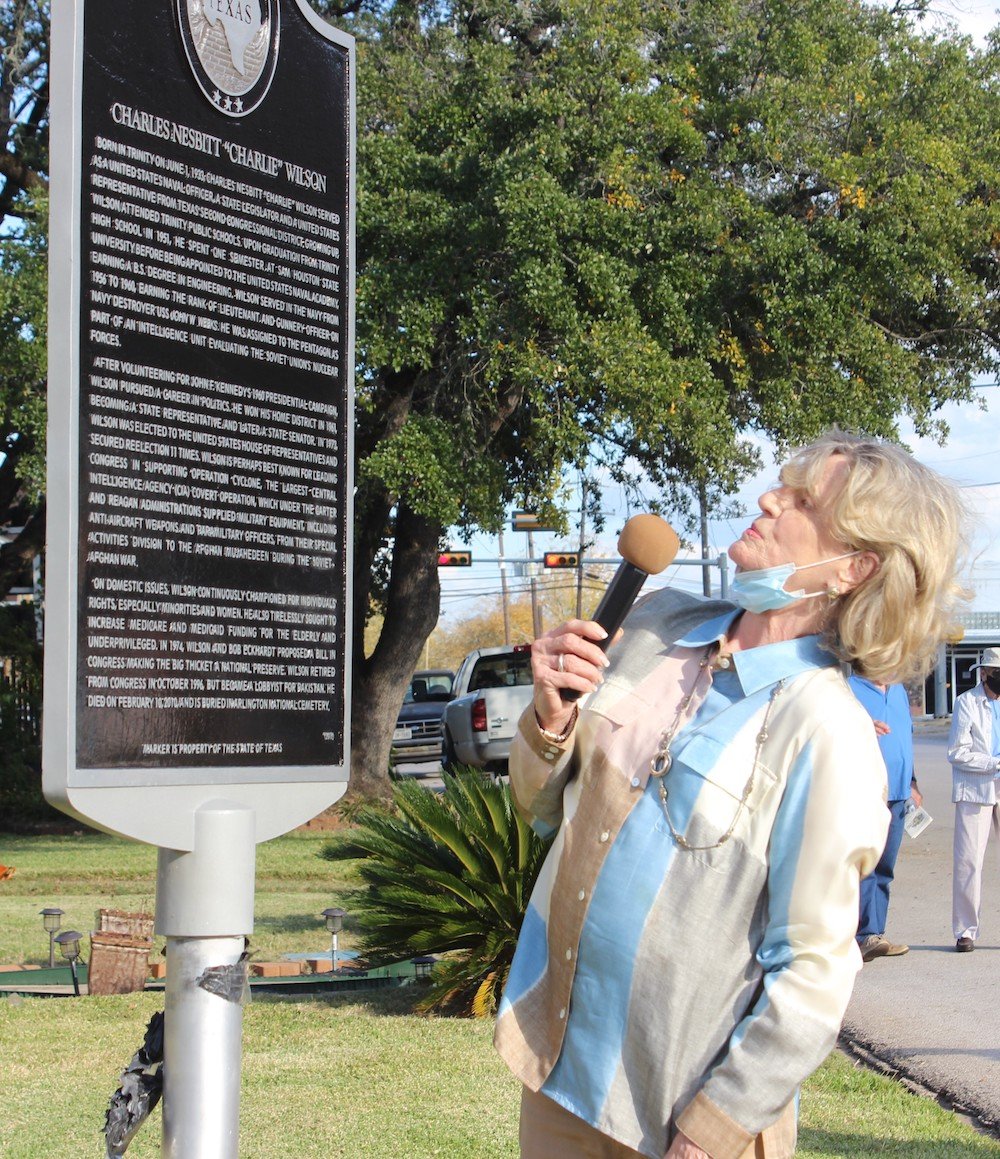 TONY FARKAS | TCNS Sharon Wilson Allison, sister to Charlie Wilson, reads the text of a Texas Historical Marker that was dedicated to the U.S. Representative on Saturday November 7, 2020 in Trinity, Texas.

TRINITY — Millions of Google returns on a search, as well as a movie, might give some folks a passing familiarity for Rep. Charlie Wilson, who served in the U.S. House of Representatives for 24 years.

For the residents of Trinity, though, Little Charles, as he was known, was the definition of the hometown boy who done good. Because of that, on Saturday an official Texas Historical Marker was dedicated at his boyhood home.

The Trinity Historical Society also dedicated a marker to the “Wobbly Bobbly,” the Waco, Beaumont, Trinity and Sabine Railroad on Saturday.

Wilson was born in Trinity on June 1, 1933, and served in both the Texas Legislature and the U.S. House, representing the districts around his home town. He died Feb. 10, 2010, in Lufkin, Texas.

Susan Madeley of the Trinity County Historical Commission said that there were many accomplishments made by the congressman, particularly with funding for Afghan rebels during that country’s war with the Soviet Union in the 1980s, the subject of the movie “Charlie Wilson’s War.”

Wilson also was a champion in business and environmental arenas as well, and was known as a consummate dealmaker.

Sharon Wilson Allison, Charlie’s sister, said she cherished the memories of her time in Trinity and her brother.

“(My family) would be so honored that you were here,” she said. “Thank you for doing this.”

Earlier on Saturday, on the southwest corner of Main and Maple streets, the commission dedicated and unveiled a marker commemorating the Waco, Beaumont, Trinity and Sabine Railroad, which was known affectionately by the people of the time as the Wobbly Bobbly Turnover and Stop. 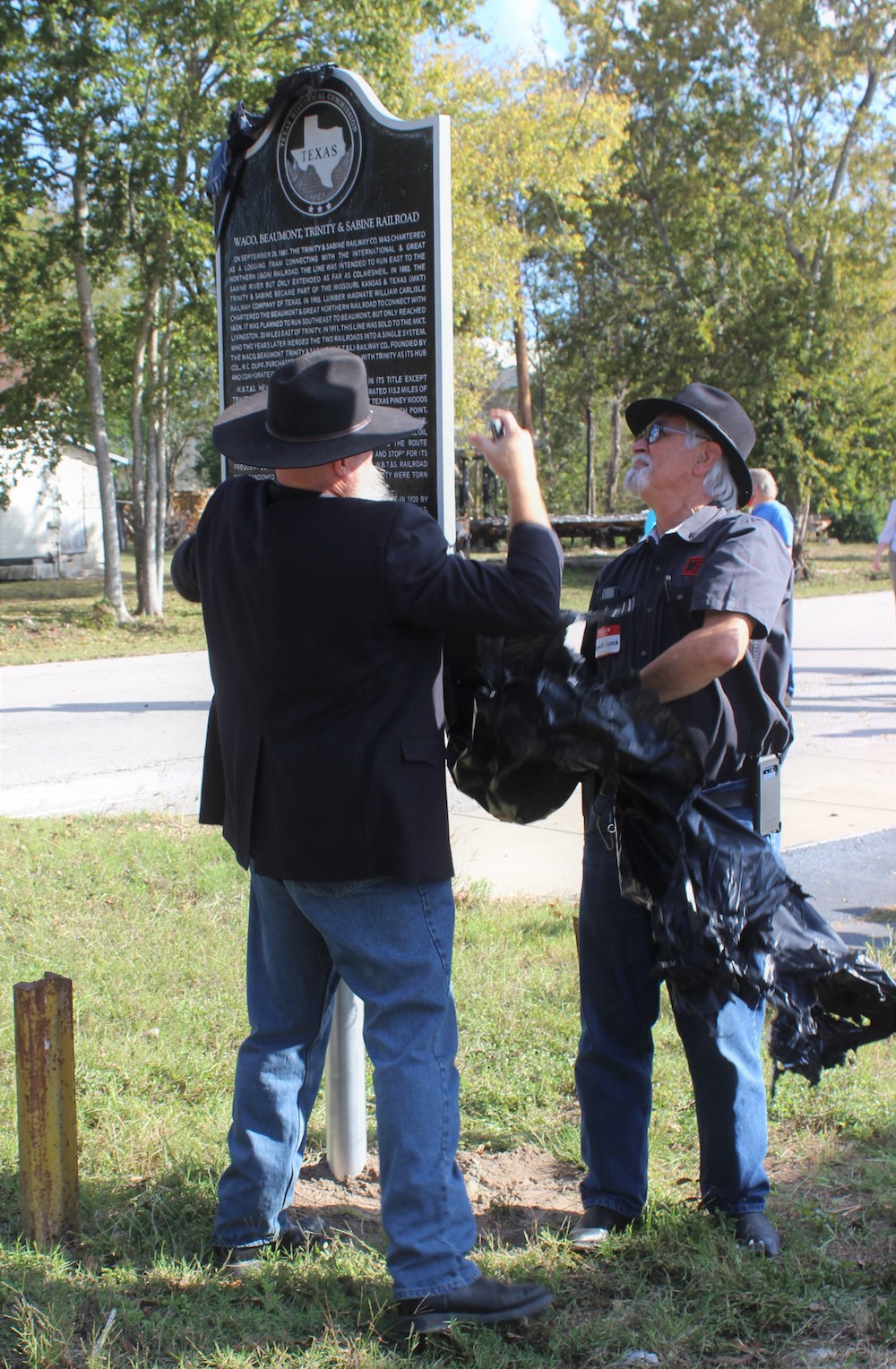 TONY FARKAS | TCNS Historians Jason Rose (left) and Everett Lueck unveil a Texas Historical Marker that was dedicated to the WBT&S Railroad on Saturday in Trinity, near the site of the now-defunct railroad’s home offices.

The railroad was chartered in September 1881, and was used primarily as a logging tram, as the area to this day is a large producer of timber. Over the 115.2 miles of track, passengers, mail, pulpwood, tomatoes, vehicles and oil, among other freight, was transported, according to the marker request application compiled by Jason Rose and Madeley.

It stopped operation in 1959, and the remaining engine was restored and is on display at the Galveston Railroad Museum.