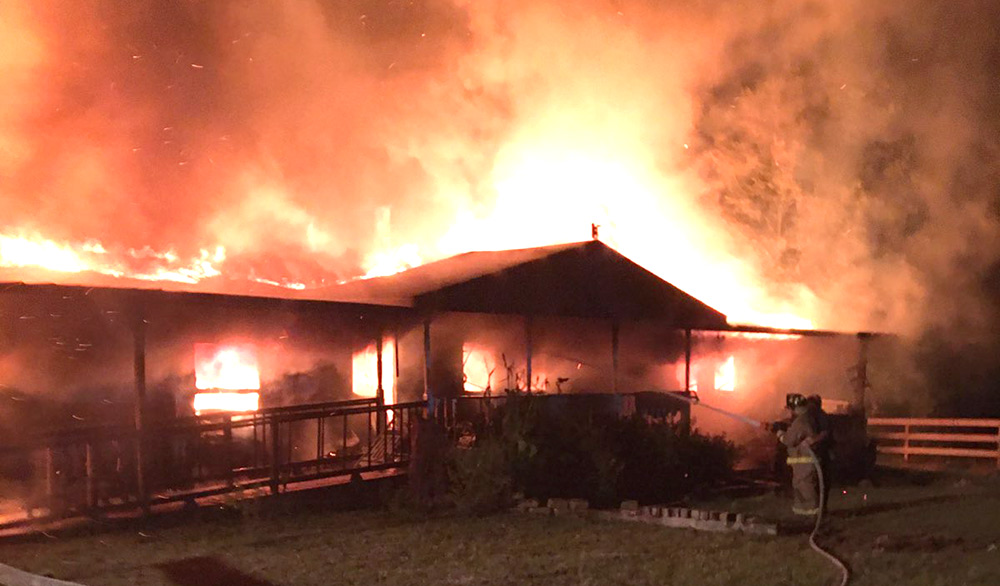 TRINITY — A man’s home and two storage sheds were destroyed as the result of a fire that broke out in the evening of June 29.

Assistant Fire Chief Keith Johnson said the blaze erupted at about 10:20 p.m. at 249 Creekside Drive off FM 1617, the home of James Cox.

When firefighters arrived, the house and storage sheds were engulfed with flames, so the department set up drafting operations and began tanker shuttle for water supply. The 356 Fire Department was called for mutual aid and they responded with tanker, engine, and brush truck.

Trinity VFD had six engines and 18 firefighters on the scene for approximately 3 1/2 hours, and 356 VFD responded with 10 firefighters.
Johnson said the house and contents were a total loss. While the cause is believed to be electrical, Johnson said there is no way to determine it as the area was destroyed.

The Red Cross is providing assistance to the family.

During this fire a small brush fire started downwind of the house fire and was quickly extinguished by local residents.

TVFD Brush 1 also responded to a small rekindle fire at the Pineland Forest fire in Glendale during this time.