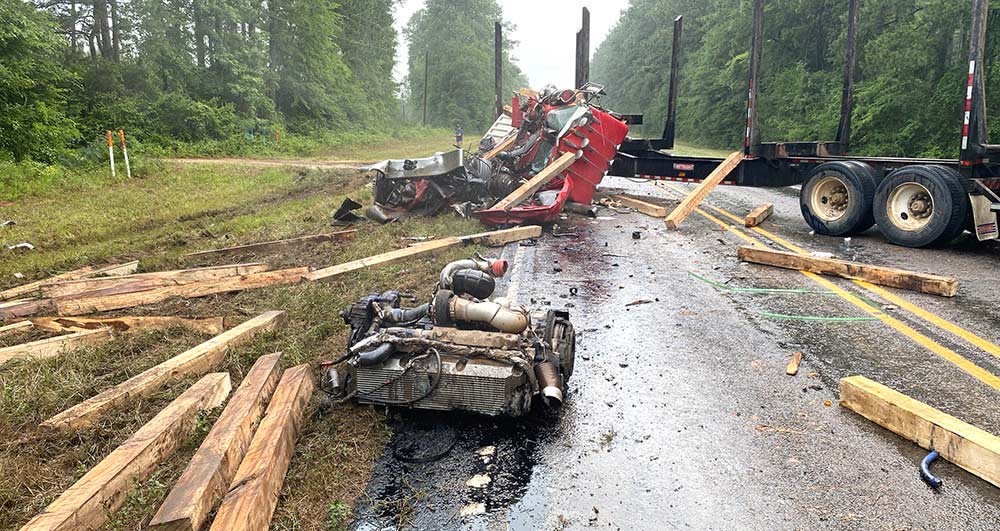 The driver of the Peterbilt, Marty Parrish, 47, of Corrigan, was attempting to turn left into a private drive when his vehicle collided with the southbound Western Star, driven by Samuel Sease, 35, of Rusk.

Sease was not injured, but Parrish was transported to Woodland Heights Hospital in Lufkin for treatment, the report states.
This crash remains under investigation.