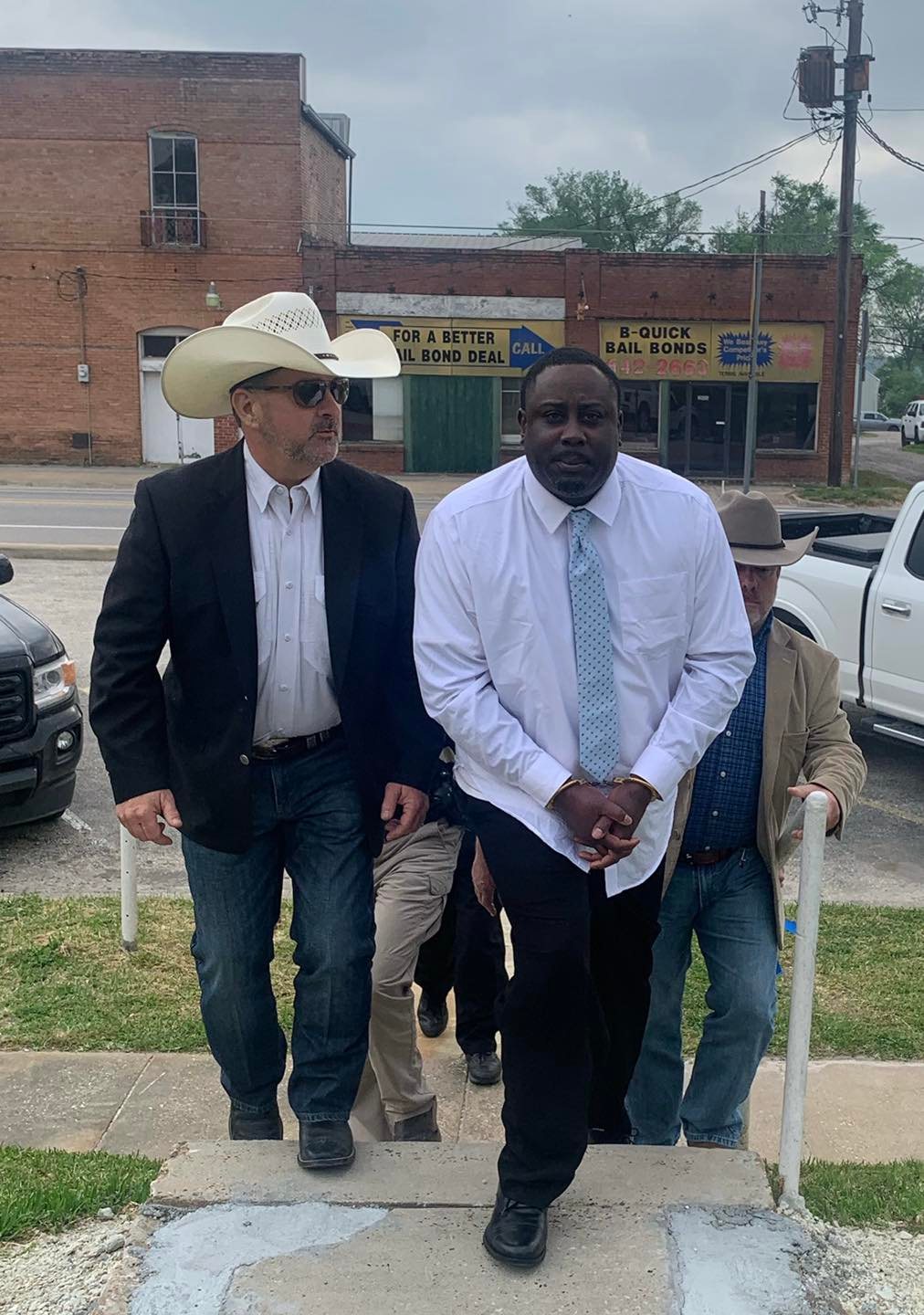 GROVETON — A Trinity County jury took 35 minutes to find a suspect guilty in connection with the October 2019 death of a Trinity resident.

Tivirus Craft, 42, was found guilty on Tuesday of the murder of Wesley Dykes, 41.

After hearing evidence on what District Attorney Bennie Schiro said was one of the most senseless and violent crimes he has seen in his 14 years in Trinity County, the jury deliberated only 7 minutes on a verdict on punishment.

The jury also heard evidence that Craft had burned a house in August 2019 before announcing their punishment verdict.

Schiro said Craft seemed to have no connection to the victim and testimony from witnesses showed he had no reason for the killing of Dykes other than he wanted to see what it would be like.

The incident occurred in October 2019 in the city of Trinity. A burned car was found smoldering on the morning of Oct. 4, 2019, and the remains of Dykes were discovered a day later in the vehicle. The car and remains were so badly burned that no identification could be made at that time.

Schiro said the vehicle was burned so badly that no one could tell what color the car was. However, investigators linked the body with Dykes, who earlier was reported missing by his wife of 20 years.

“The car burned all night, and was not reported to the Fire Department,” he said. “It occurred on edge of the city limits, and no one lived in the area.”

Dykes was later identified through his DNA being matched with two half-brothers.

Schiro said that Craft told a witness he shot the victim in the back of the head, dowsed the car with gas and burned it; while attempting identification, forensic experts found a projectile stuck in Dykes’ spine after it was X-rayed.

Additionally, a work glove was found by Texas Rangers near the scene after car was towed; it was matched to a glove Craft had in his possession.

Schiro said the question about how the two men got together remains unanswered.

“Craft (told witnesses) that he was wanting to kill someone,” Schiro said. “He said he did it because ‘he’s a killer.’”