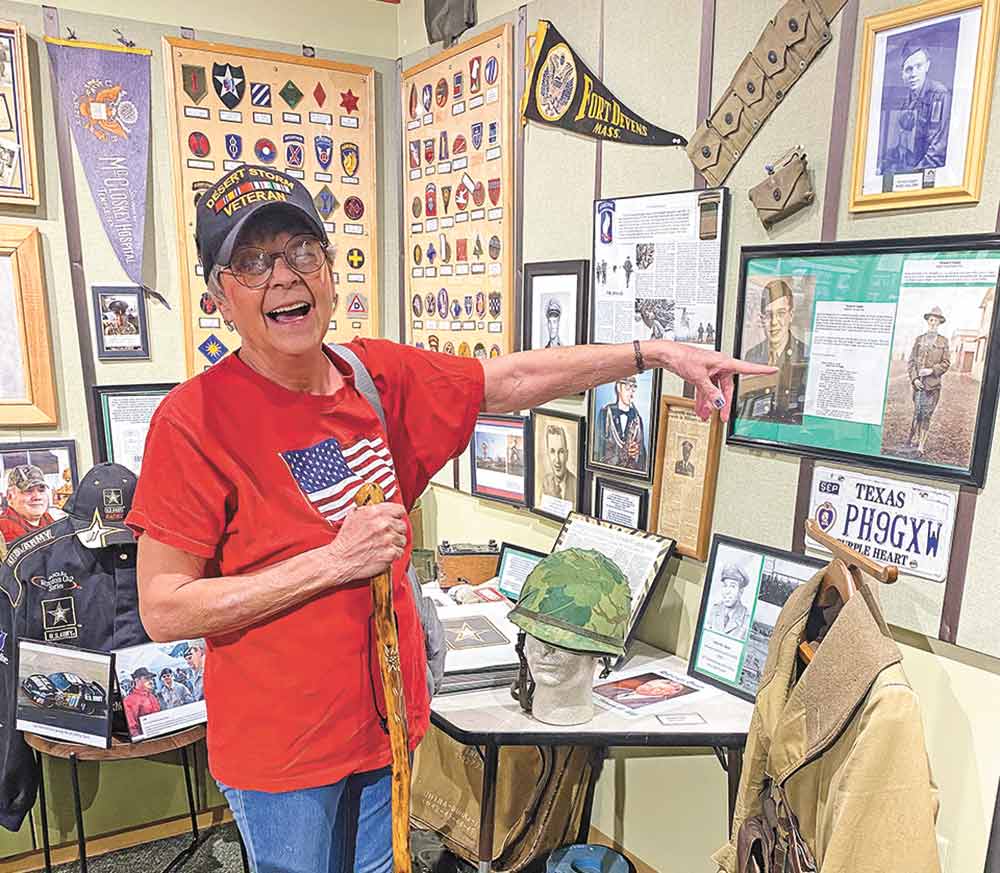 An estimated 2,000 people attended a dedication of the Vietnam Veteran Memorial Wall at the H.E.A.R.T.S. Museum in Huntsville Sunday. Located at 463 State Highway 75 North in a five-sided building reminiscent of the Pentagon, the H.E.A.R.T.S. (Helping Every American Remember Through Serving) Veterans Museum of Texas has been in operation for 11 years, becoming a meeting place for veterans from far and wide. Each branch of the military has its own room at the museum.

Kenneth Lee, a former Marine and president of the H.E.A.R.T.S. Veterans Museum of Texas, visited Polk County last August and reported that the company that built the Vietnam Traveling Wall was building a new one and wanted to sell the existing one, informing the museum that it was first on the list. Two and a half years in the making, the approximate $300,000 project was made possible through city, county and donor funding, according to Lee.

It is an 80% replica of the memorial wall in Washington, D.C., measuring 370 feet long and eight feet tall in the center, going down to four feet on the ends.

The museum originated in 1993 when Charlotte Oleinik placed a Veterans Day display in the window of her antique shop on the courthouse square in Huntsville. She was a member of a committee that organized the celebration of the 50th anniversary of the end of World War II. Oleinik and local veterans involved in the celebration began visiting school classrooms and speaking to students about their experiences in war and the military, illustrating their talks with memorabilia and artifacts from their personal collections. More requests for presentations followed, along with more gifts of memorabilia and artifacts. It grew so quickly that it soon had to be set up in a vacant space in a local shopping center in order to display everything that had been given.

With financial assistance from grants, local government, businesses and private donations, plus the donation of land, the museum opened at its present location on Veterans Day 2009. It is a tremendous depository of preserved military heritage.

Carolee Day, Kathy Metzger and Dan Day, all Escapees from Polk County, attended the dedication along with Penny Uselton, also of Polk County.