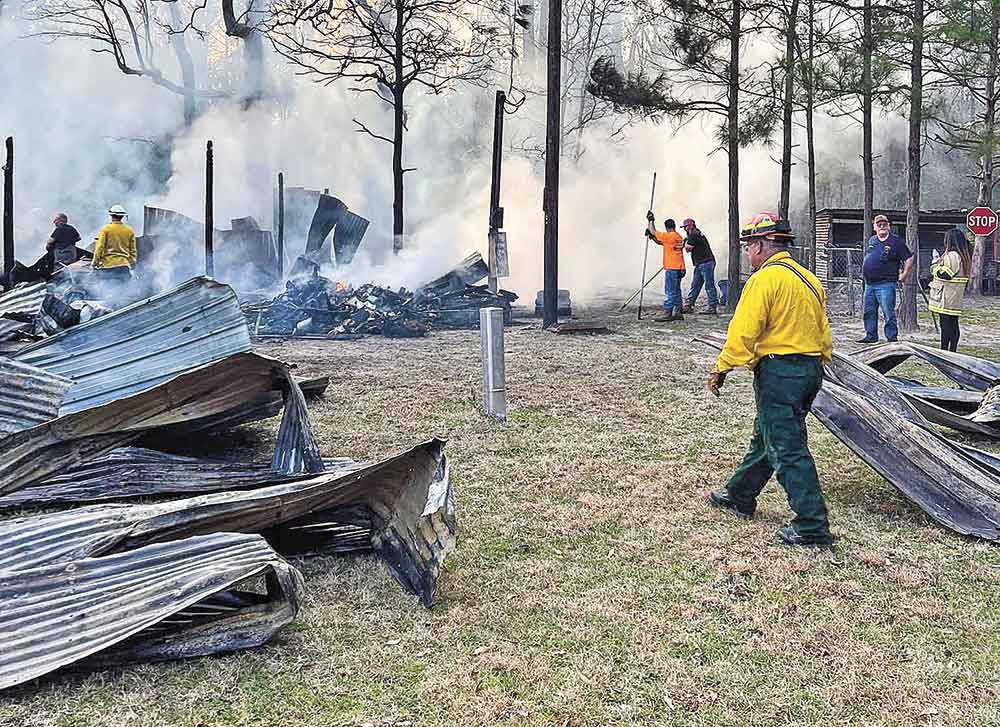 ASVFD responded with two trucks and four firefighters, then called in Groveton, Trinity, Pennington and Hudson departments for assistance.

Selman said that when they arrived, they started immediately, as the flames were threatening the structure of property owner Margaret Rowe.

The grass fire was knocked down quick; however, a barn, used to house tools, books and other random household items, was completely on fire and was a total loss, including the contents.

Selman said the cause of the blaze is unknown at this time and remains under investigation.