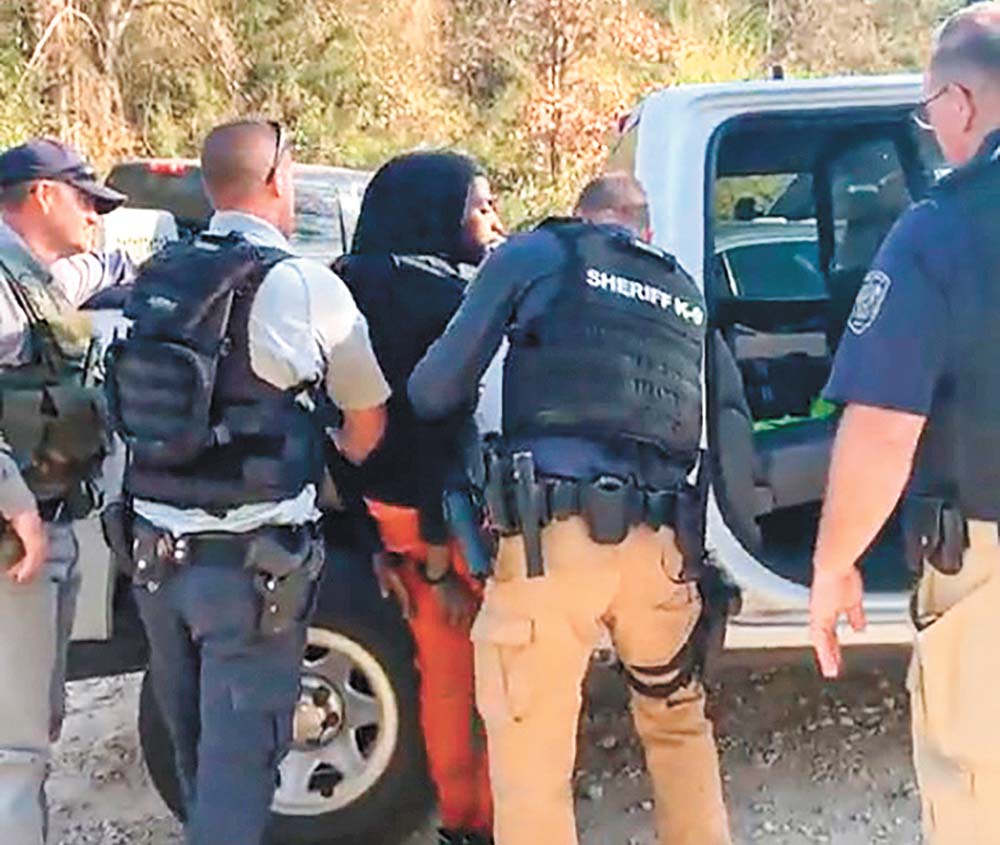 Sheriff Woody Wallace said the search for Rojae Daejon Kizzee, 19, ended about 3 hours after it was put out publicly.

Kizzee was sought in connection with a burglary in Huntsville where an AR-15 was taken, and for attempting to steal a dog from a home in south Trinity. He also was wanted on charges of aggravated robbery, aggravated assault, assault impeding breath and child endangerment.

Wallace said that Kizzee had discharged a firearm in the house several times while trying to take the animal; the victim reportedly fought to keep dog, and in the melee pulled off Kizzee’s mask, which is when she identified him.

The arrests were made as a result of Crime Stoppers tip. Wallace said the house where he was staying had cameras around the property, and Kizzee fled out of the back door; not long after, dogs provided by the Texas Department of Criminal Justice were able to corner him.

“This is what will happen if you come to Trinity County and break the law: We’re gonna catch you,” he said. “He played stupid games, and won stupid prizes.”

Kizzee and other occupants in the home in Ida Mae Lane face charges of felon in possession of firearms, possession of controlled substances, and harboring a fugitive.