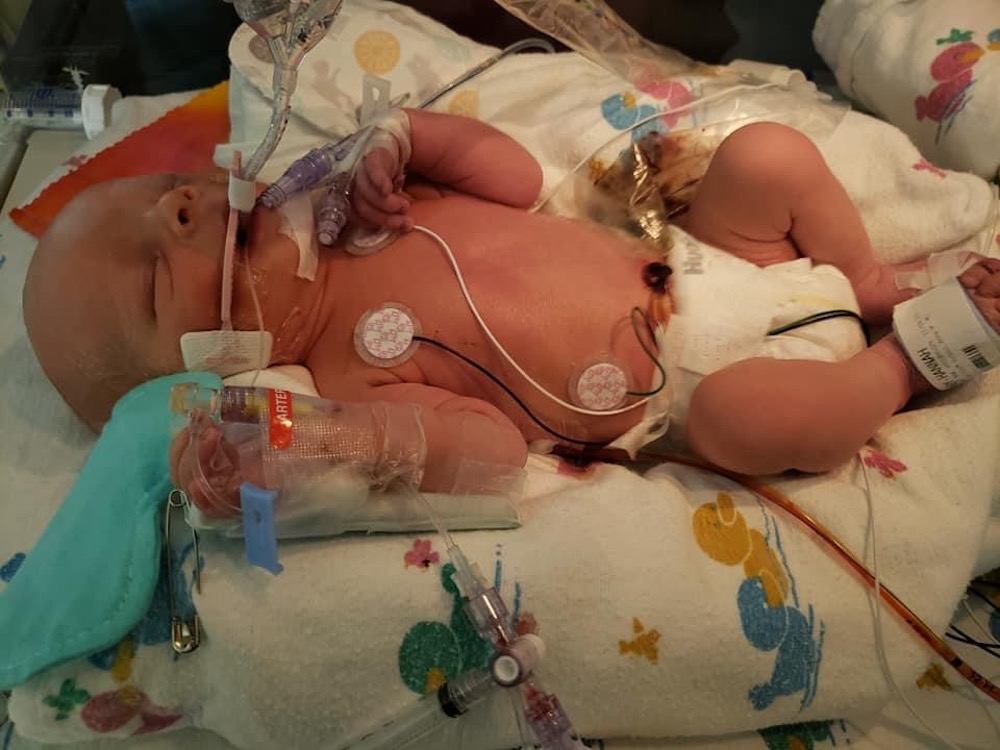 CENTER – If rising medical costs aren’t scary enough, the ancillary expenses of hospital stays and surgeries can be overwhelming, as well. Hotel stays, meals and other travel expenses can add up when a family member is ill.

In this day and age, many folks get by with a little help from their friends, family and churches, and some fundraising efforts can be creative. Such is the case with Hannah Wolf Addison and her son Ryan. Hannah, a Center resident, is the granddaughter of Woodville Church of Christ Minister Keith Bellamy.

Bro. Bellamy has kept his flock and his friends in the loop on what has been going on with little Ryan, who was born facing a litany of health problems. Ryan, who was born on Nov. 9, 2019, had difficulties breathing from the start, and following several incidents and a five-hour surgery to repair his esophagus, he was diagnosed with VACTERL syndrome, an acronym for which each letter stands for a different condition present at birth. “I was honestly devastated,” Hannah said, when she learned that her newborn baby boy had to be airlifted from Tyler to Medical City Children’s Hospital in Dallas.

The costs from the many medical needs will continue to mount, Hannah said, with another surgery scheduled this year. To assist with these costs, Hannah is selling a wide variety of air fresheners under the fundraiser name “Mighty Dino Rawrs for Ryan.”

Some of the products have colorful and creative, amusing names, such as “Lick Me All over” and “Leather & Lace,” but one thing is for certain, they smell better and last longer than similar products one can find in stores.

Hannah said that initially, she and her sister began kicking around ideas of how to raise money for her family’s expenses, and originally, they were creating candles to sell. With her sister now enlisted in the Army, Hannah looked toward other ideas of goods to sell.

She said she has a cousin who crafts similar products, and so she learned how to do them herself. With that skill in her bag, she has come up with a variety of different scents, ranging from the manly and/or rustic in nature (leather scents and one labelled “Coffee”) to the sweeter ones, which have the colorful names, and yes, the Coffee scent actually smells like premium coffee beans. The air fresheners are $10 apiece, and all of the proceeds are going toward any associated expenses with Ryan’s care to which they can be applied.

Her grandfather has helped spread the word about Hannah’s wares. He said that Hannah has a lot of experience in working with young people with challenges.“She is a very loving mother, who is doing her best to raise her little son Ryan,” he said. 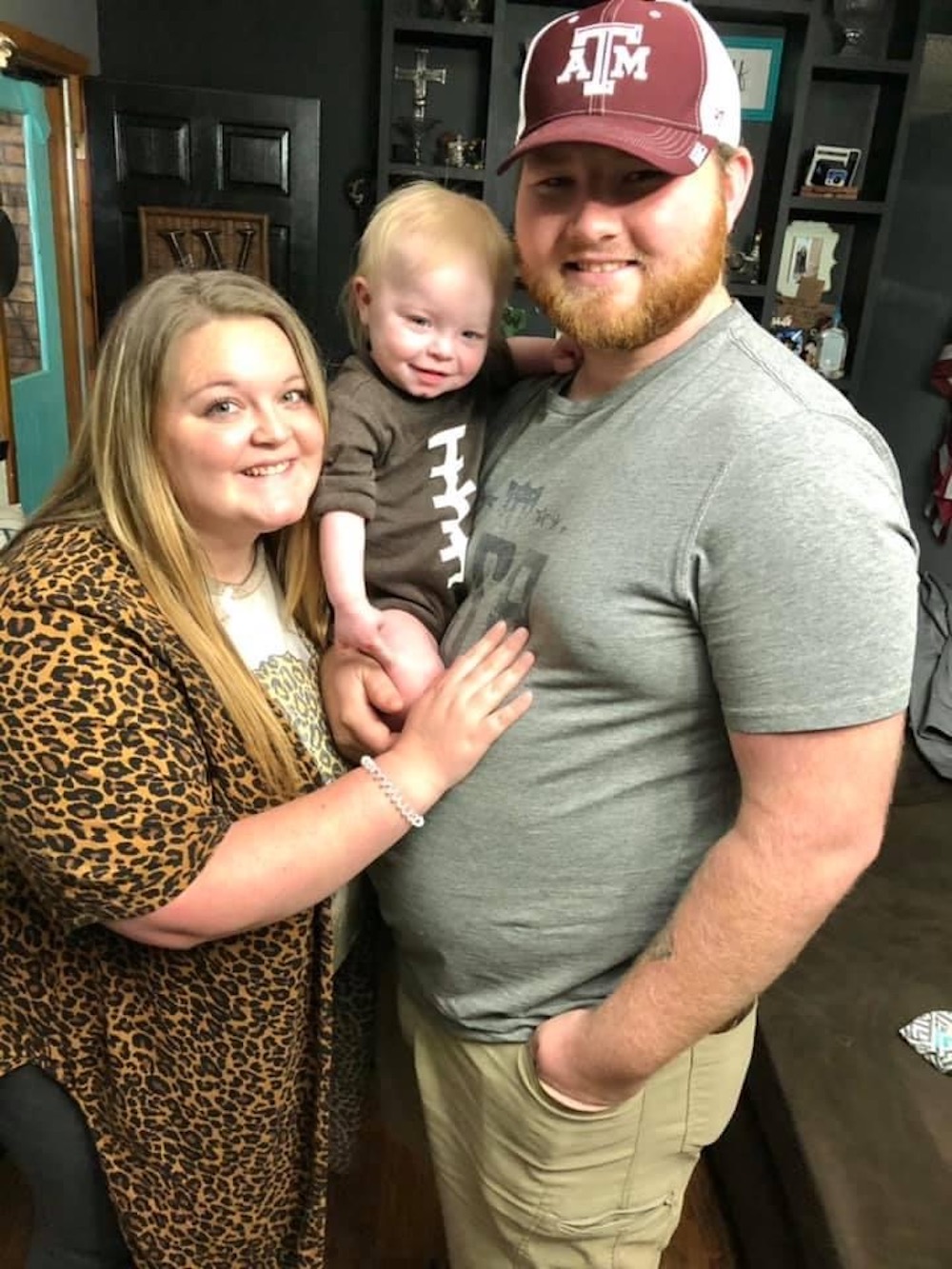 Bellamy added that Hannah had a cousin who was challenged and became her friend when she was about two years old. After high school, Hannah worked as a counselor at the Texas Lions Camp.

Along with the current fundraiser that utilizes her skill and creativity, some of Hannah’s family, friends and church family have helped out with barbecue fundraisers and a chili cook-off.

Despite the challenges, Hannah is staying positive and grounded in her faith. “After we found out everything, I knew that God was going to take care of us, and He has ever since,” she said.

While last year presented its share of challenges to her family, Hannah remains hopeful for the new year. “We’re just ready for the surgeries to be over so that we can all be safe and happy,” she said.

In addition to the products she has listed on the Mighty Dino Rawrs for Ryan Facebook page, she will also create special orders. Anyone interested can message her via Facebook, or by text at 936-590-8338. Payments can be made online by way of Venmo at: @Hannah-Addison-6 or PayPal: This email address is being protected from spambots. You need JavaScript enabled to view it..